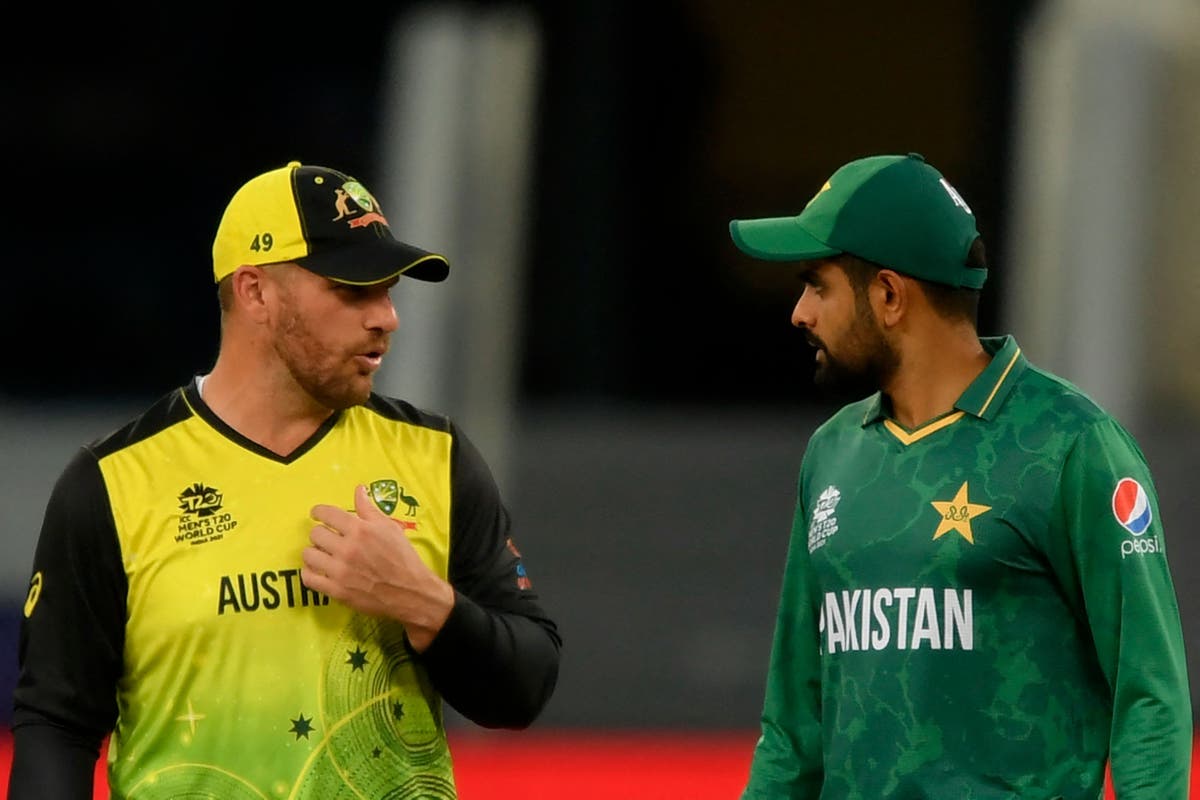 The winner will take on New Zealand in Sunday’s final after a thrilling display from the Black Caps upset England behind some explosive batting from Daryl Mitchell and Jimmy Neesham. Aaron Finch has reiterated Australia’s underdog mindset this tournament, claiming to have been written off by some, with four wins in 15 T20s this year ahead of the tournament in the United Arab Emirates.

After an eight-wicket drubbing against England a couple of weeks ago, Australia rebounded superbly to win their final two Super 12s games and qualify for the final four against Pakistan.

“I think in this format of the game, if you look over the last few series, everyone had written us off by now,” Finch said. “About 10 days ago our team was too old and now we’re an experienced team. That’s just how it all gets portrayed. From day one I’ve had a real lot of confidence in the way that we’ve gone about this with the squad that we’ve got. I don’t think that we’ve exceeded our expectations whatsoever. We came here with a really clear plan to win this tournament, and we’re still alive to do that.”

Follow live score updates and commentary below as Australia and Pakistan battle it out at the Dubai International Stadium:

Too straight and glanced for four! Brisk from Starc, already up above 90mph, but straying down the leg side and taken from the hip rather pleasantly by an upright Babar Azam for the game’s first boundary. Fine of long leg – four runs.

An intriguing field first up for Starc’s inswing – extra cover is vacant, with an extra man on the leg-side, who is welcomed into the game by a Babar Azam flick.

Good shot for none! A crisp drive from Babar as he reaches for an over-pitched Starc ball pushed across him but straight to the cover fielder.

Inside edge! A touch wide from Mitchell Starc to start but enough inward movement to snare a piece of Mohammad Rizwan’s flowing blade. Short of keeper Matthew Wade, who gets a hand on it and keeps it to just a single from the first ball. Signalled a bye, strangely.

Australia take a knee, while Pakistan again place hands on hearts in solidarity with cricket’s fight against racism.

Ready for the first ball

Mitchell Starc has his cap off, and it will be the long-striding left-armer to kick things off to Pakistan’s opening pair, who come out practicing their straight drives to an outstanding reception.

Great smiles on the faces of the Australia players as they sing “Advance Australia Fair”, joined by Justin Langer and his coaching staff.

Pakistan’s players put their hands to their hearts, Matthew Hayden’s enormous hands slamming together in approval as a reasonably partisan crowd in their adopted home roars the final strains of the anthem.

Out come the two teams for the anthems, along with the match officials – Richard Kettelborough and Chris Gaffaney are the standing umpires, with Joel Wilson ready should any consultation with the third umpire be necessary.

A healthy crowd in, by the looks of things, plenty edged in emerald in support of Pakistan.

Having a natter at the toss

Babar Azam looked mightily cool at the toss; Aaron Finch perhaps a touch frenetic. It is a big toss for him to win, though, given how sides batting second have dominated in Dubai so far at this tournament.

“They are kind of weird facilities here – you expect it to spin more, but you have just got to see what is in front of you and use the wicket to the best of your ability.

“There are a lot of quality leg-spinners out there. Leg-spin plays a huge role in T20 cricket getting wickets.”

Tactics – Will Australia use Glenn Maxwell?

Pakistan are a nightmare opposition for this Australian attack, that opening pair ideally suited to blunt the new-ball and right-hander heavy, and thus able to counter preferred fifth bowling option Glenn Maxwell. If Australia do get an early breakthrough it may bring Maxwell back into contention to the left-handed Zaman, but Pakistan will target him. The pressure will be on Marcus Stoinis and Mitchell Marsh, you’d think, to do a job as the fifth bowler.

We might see Australia back-load his overs if they are able to get wickets early on in the hope that they can get rid of Pakistan’s death hitters before having to utilise Stoinis, who would probably be the preferred operator in that phase. Pakistan do bat deep, though. This could be a very intriguing innings.

Pique admits life at Barcelona is ‘difficult’ without Messi

‘Such Things Are Said by Teams Who Aren’t as Developed’: Harbhajan Reacts to Arun’s Statement on India Losing Toss

The New Rams QB Finished Near Perfect in One Category

Andy Murray wins, sets up match with Sinner in Stockholm

Returning to coal amid energy crunch would be climate ‘tragedy’:EU – Times of India

Need a recipe to impress your friends? This slow-roasted lamb shoulder is it

Break Out Some Unusual Wines For The Holiday Meals