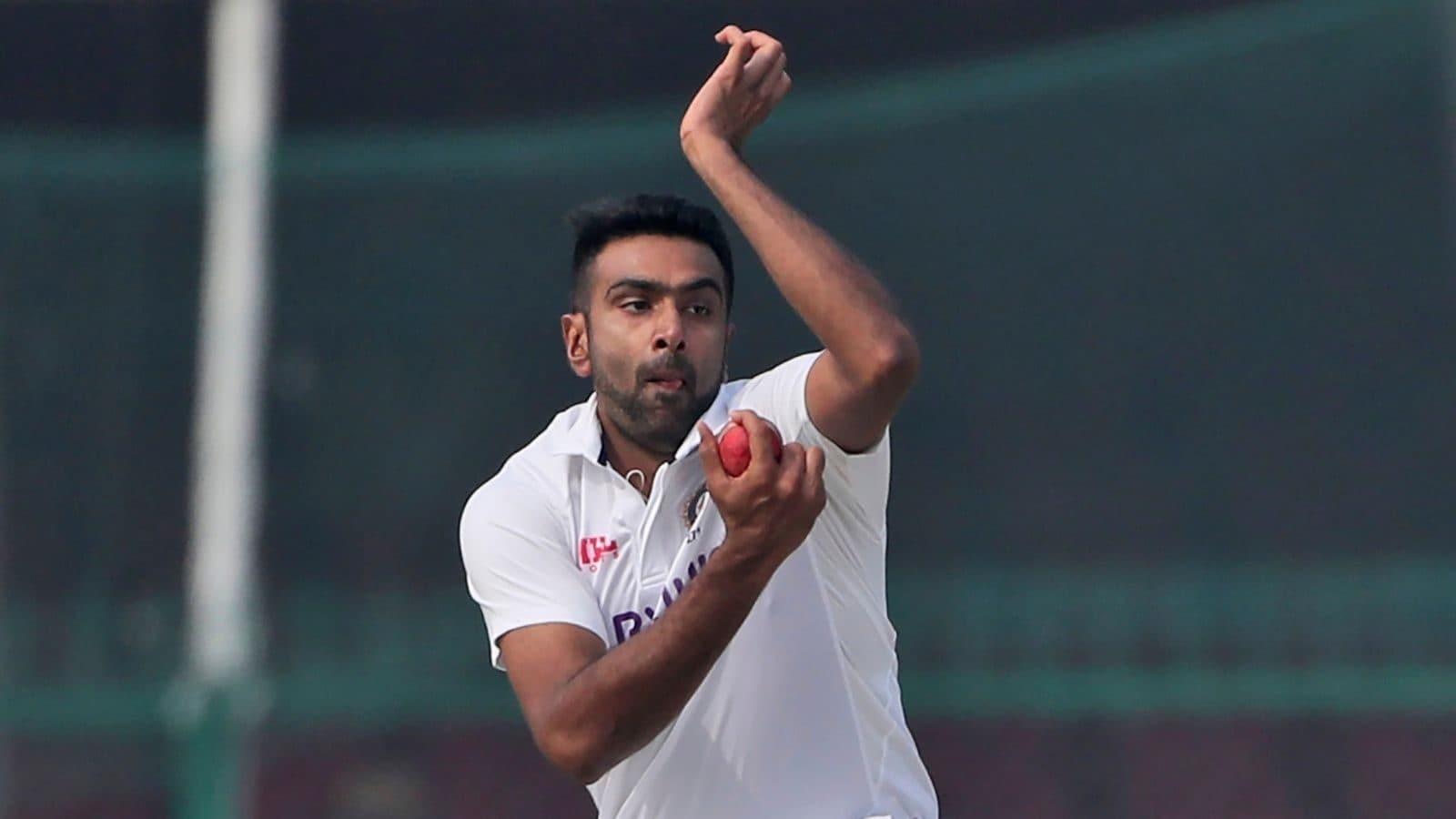 Ravichandran Ashwin on Sunday achieved a remarkable feat during the final session of ongoing second Test against New Zealand. The veteran off-spinner scalped three wickets, putting the visitors under pressure in stiff chase of 540 in Mumbai. He began the juggernaut by dismissing both openers – Tom Latham and Will Young. As soon as he took down Ross Taylor to complete his third wicket, he got his name etched in the record books.

Ashwin became the first bowler ever to pick 50 Test wickets in a calendar year. Pakistan’s Shaheen Shah Afridi is next on the list with 44 wickets, followed by his compatriot Hasan Ali (39 wickets).

The 35-year-old, who recently became the third-highest wicket taker in Test cricket for India, has so far taken a total of 7 wickets in the ongoing Mumbai Test. In the first innings, he registered the figures of 4 for 8 in 8 overs as India bundled out the Kiwis for 62.

As he scalped three more on Sunday, Ashwin equalled former New Zealand great Richard Hadlee’s tally of most wickets – 65 – in India vs New Zealand Test matches. While the latter took 24 innings to reach the milestone, the Indian off-spinner got there in 17 innings.

New Zealand self-destructed chasing an improbable 540-run target to be 140 for five at stumps on day three. The visitors are expected complete formalities on day four on Monday.

India declared their second innings at 276 for seven in the second session. First innings centurion Mayank Agarwal top-scored with a 62, while Cheteshwar Pujara and Shubman Gill made 47 each. Axar Patel smashed 41 off 26 balls with four sixes and three fours.

AFC U-23 Asian Cup Qualifiers: One Mistake Cost Us a Point against UAE, Says Igor Stimac

Steelers’ Ben Roethlisberger Should Say, ‘Coach, It’s OK if You Sit Me’: Analyst

T20 World Cup: Really important to have stable base on the wickets, says David Warner | Cricket News – Times of India

DFS swings to profit as sales surge but disruption lies ahead

Ghosting: Men who end relationships by disappearing tend to have ‘dark’ personality traits

Shahid Afridi: For greater success as batsman, Virat Kohli should give up captaincy in all formats | Cricket News – Times of India