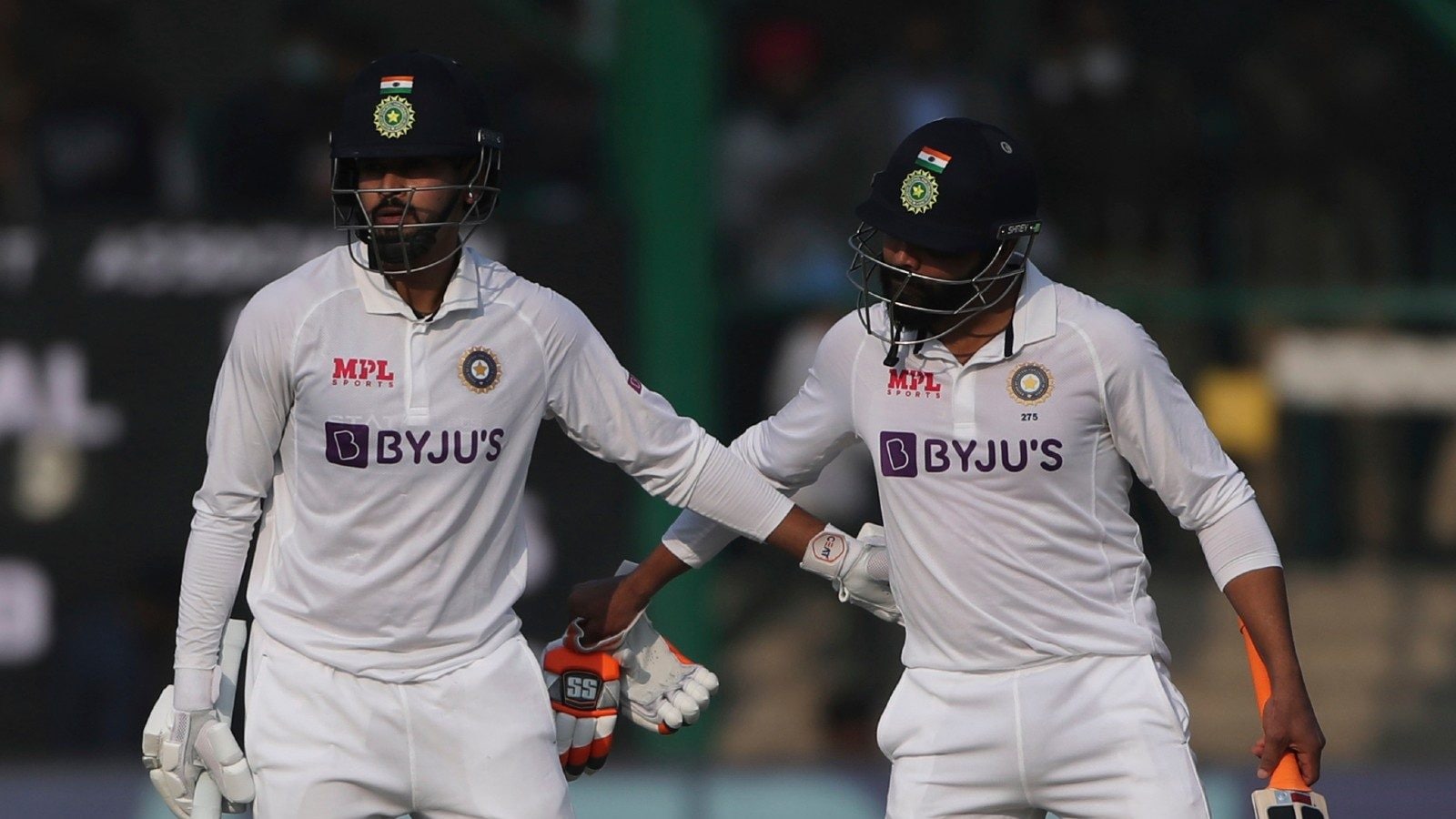 When Jadeja walked in, India were in a spot with NZ frontline seamers Kyle Jamieson and Tim Southee both looking good enough to make further inroads. Had India lost a wicket there, things could have changed quickly. Here credit must go to the all-rounder as he hunkered down for a long fight, and that rubbed off on Iyer as well. The Mumbaikar, who was on Test debut, was exceptional with his feet against the likes of Ajaz Patel and Will Somerville. And once he got his eye in, he started to assert himself, bringing up a well deserved fifty in very first Test. At stumps he was unbeaten on 75 off 136 balls.

New Zealand were lucky that they had the likes of Jamieson in their ranks. The lanky pacer extracted bounce from a dead pitch and moved the ball around. He got rid of Mayank Agarwal with a perfect outswinger and then accounted for Shubman Gill (52 off 93) who had spent quite some time in the middle before chopping one back to the stumps. Meanwhile Jamieson bowled three no balls, but remained impeccable with his length. Ajinkya Rahane (35 off 63) wicket was a case in point. It was an unfortunate end for India skipper who could have taken a higher score with both the hands, instead he repeated the same pattern—surviving the initial path and then losing the focus when it mattered. Meanwhile vice captain Cheteshwar Pujara too made a painstaking 26 off 88 balls before he succumbed to a very good ball from Tim Southee.

Earlier Gill notched his fourth half-century as India reached 82-1 at lunch. Funnily, on a track that kept low and slow and didn’t offer much turn, New Zealand spinners Ajaz Patel (0/56 in 15 overs) and Will Somerville (0/28 in 13 overs) were disappointing. But Rahane would be gutted as he hit six lovely boundaries before dragging one in as he expected the ball to bounce more considering Jamieson’s height.

Front Foot No Ball Call Should Come From The On-field Umpire: Sunil Gavaskar

Is Barcelona vs Bayern Munich on TV tonight?

No. 17 Pitt Can Cement Its Spot As Coastal Leader Vs. Miami