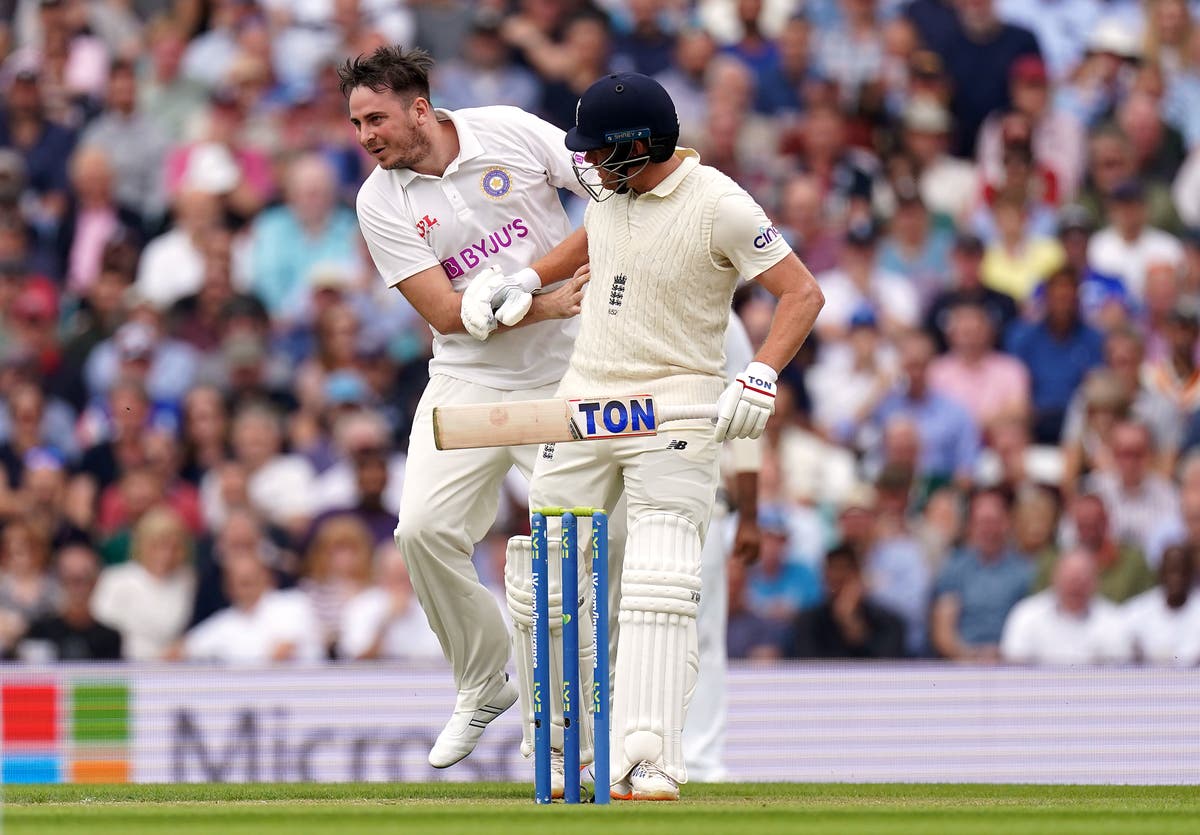 Jarvis, a self-styled YouTube prankster with 123,000 subscribers, had previously walked out with the India team at Lord’s and appeared in full batting kit at Headingley.

His third appearance of the series took things a step further, though, as he ran in to bowl at Ollie Pope and crashed into an unsuspecting Bairstow at the non-striker’s end.

Bairstow held his ground but was clearly surprised at the incident and there was clear agitation among the Indian team, with captain Virat Kohli seen in close conversation with the umpires after Jarvis was led off the pitch to a chorus of boos from the crowd.

A statement from the Metropolitan Police read: “A man has been arrested on suspicion of assault following an incident at the Oval Cricket Ground on Friday, 3 September. He remains in custody at a south London police station.”

Players from both sides may now harbour understandable doubts about the suitability of security protocols, after three separate grounds were infiltrated by a single, known offender. The on-pitch stewarding was visibly increased at the lunch and tea intervals but it would be no surprise if a more thorough review followed.

An England and Wales Cricket Board spokesperson said: “Any pitch invasion is completely unacceptable. The ECB and our host venues do not tolerate any such behaviour which risks the safety of players, officials and staff. The ECB works closely with all our venues to share information and enhance their security operation.”