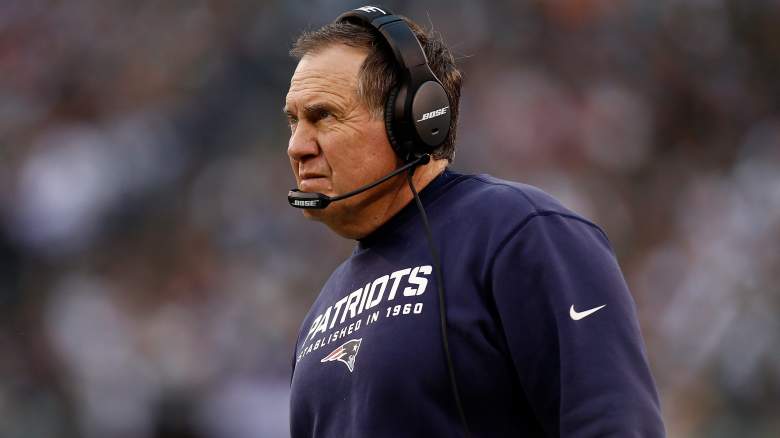 The Bill Belichick code is both mythical and alluring.

New England has had the number of nearly every rookie quarterback that has come across their path over the last 20 years.

Belichick has provided unique and creative defensive looks that these young passers are simply unprepared for.

Although not every rookie quarterback has met the same fate, some of them over the years have cracked the Belichick code and found a way to carry their respective teams to a win.

Since 2000, Belichick is 21-6 when he faces rookie quarterbacks. So more times than not, he has squashed a young inexperienced passer like a cockroach. Here are the lucky six who made history:

An interesting commonality in all of these losses is these games were all on the road. This Week 2 matchup will be the home opener for the Jets and with fans in attendance for the first time in two years.

Path to Victory Is Clear

The Patriots have won 10 straight matchups against the Jets and 18 of the last 20 contests. It’s hard to even call this a rivalry at this point because the prerequisite for that is some level of competitive balance on both sides which has been non-existent for quite some time.

Although this is a new year and a new era with the Jets in 2021. To flip the script, the path is clear for the green and white.

The commonality among the rookie quarterbacks that have beaten Belichick is preventing turnovers and staying within the offense.

Although one part of that equation will have to be tested by Jets’ rookie quarterback Zach Wilson.

Staying in the offense during moments of the game will be important, although the special sauce that can truly separate things in this game is when the former BYU stud goes off-script.

Since Wilson was taken with the No. 2 pick in the 2021 NFL draft the Jets coaching staff has made a concerted effort to force the youngster to stay in the pocket during practice. Despite the wow off-script plays in college, the coaching staff wanted him to prove he can operate within an NFL offense.

The 22-year old gunslinger admitted this week to the media that he had “never scrambled once in practice” over the last few months which not only reaffirms head coach Robert Saleh’s comments but also makes his Week 1 performance that much more impressive.

Wilson made some plays in the pocket, but the other stuff was all improvisational skills and provided us a glimpse of his potential. Coach Belichick can gameplan for a normal quarterback operating in a pocket like a typical offense, what he can’t gameplan against is the unknown.

That’s the secret sauce to Wilson’s game and could be the difference on Sunday in this pivotal AFC East divisional clash.

In a rare glimpse inside the brain of an eight-time Super Bowl champion (both as an assistant and a head coach), Belichick broke down some Wilson game film for New England’s social media segment called The Belestrator.

During the observation, the veteran coach highlighted Wilson’s unique rare gifts that he said are unlike “most NFL quarterbacks in this league.”

The obvious is holding onto the ball, that’s the key every week to win a football game. Although the not-so-obvious is doing the opposite of what other passers have done. It’s not about playing it safe and hoping the Patriots make a mistake, it’s about Wilson capitalizing on opportunities during this game where he can make a spectacular play that New England couldn’t prepare for.

Who knows how many chances he’s going to get against a savvy defense like this, but what we do know is there are going to be those moments in the game. Depending on how the rookie reacts during those will ultimately determine who walks away from this dog fight with a dub.

Cristiano Ronaldo’s arrival has made veteran forward unhappy at United

Zverev eases past Harris into US Open semi-finals

Man City and Liverpool through but Everton out of League Cup

Diet may affect risk and severity of Covid-19: Study – Times of India