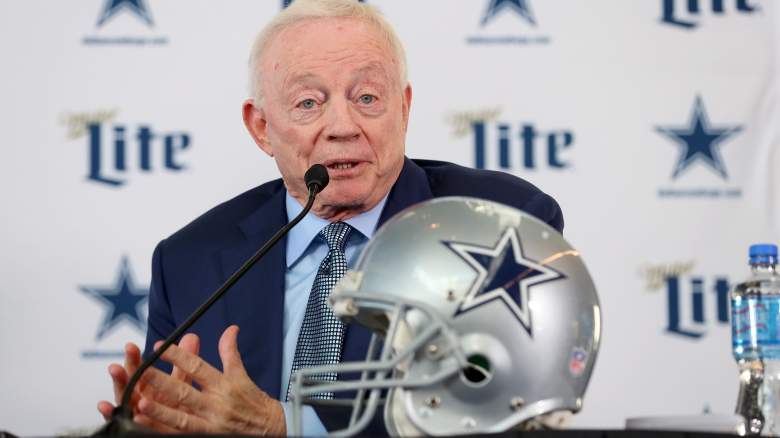 There’s hope yet for Stephon Gilmore — and potentially the Dallas Cowboys.

Despite landing on the Physically Unable to Perform list, costing him the first six regular-season games, the Pro Bowl cornerback still may force a trade from the New England Patriots, whose unwillingness to extend Gilmore’s expiring contract led to an offseason holdout. Which might have irreparably damaged their relationship.

ESPN NFL insider Dan Graziano checked into the situation, cautioning not to be surprised if Gilmore is playing elsewhere this season, with the New Orleans Saints standing out among his likely suitors.

“As of this past week, the Patriots were still open to the idea of trading Gilmore, who now has to miss the first six weeks on the physically unable to perform list,” Graziano wrote Wednesday. “Gilmore is known to be unhappy with his contract, which is up after the season. While there was optimism a month or so ago that he and the Patriots would get something worked out, they still have not.

“The Saints have a need at the position and high enough hopes for this year that you can’t rule out them making the move for the missing piece if they still have a need as we get closer to the trade deadline. These teams have done high-profile deals before.”

The latest Dallas Cowboys news straight to your inbox! Join the Heavy on Cowboys newsletter here!

“It’s unlikely the Cowboys would give up on Gallup and a second-round selection, but that’s where New England might want to start if we’re talking about the 2019 Defensive Player of the Year as well as a first-round wideout who could still become special. Harry’s still just 23 years old,” Gagnon wrote Aug. 23.

“In Gallup, they’d get a much more sure thing at a discounted rate for now (he’s due just $2.7 million in the final year of his rookie deal) and someone coming off back-to-back 800-plus-yard seasons with room to grow. The draft pick would be gravy.”

The Cowboys, who recently freed $6.8 million in salary cap space, would take on $7 million in base salary and a $16.265 million cap hit by acquiring Gilmore. The 31-year-old has no guaranteed money left on his $65 million deal, inked in 2017.

Assuming Gilmore isn’t Frisco bound, the Cowboys will move forward in 2021 with a solid — but hardly star-studded — group of cornerbacks, led by 2020 second-rounder Trevon Diggs and veterans Anthony Brown and Jourdan Lewis.

The club also aims to coax significant contributions from second- and third-round rookies Kelvin Joseph and Nahshon Wright, respectively. Joseph was placed on short-term injured reserve, forcing him to sit out the first three games, after sustaining a groin injury during Dallas’ preseason finale.

Lacazette equalizes late for Arsenal in draw with Palace

How the ‘Rule of 3’ Makes People Listen Better, Remember More, and Understand What You Have to Say