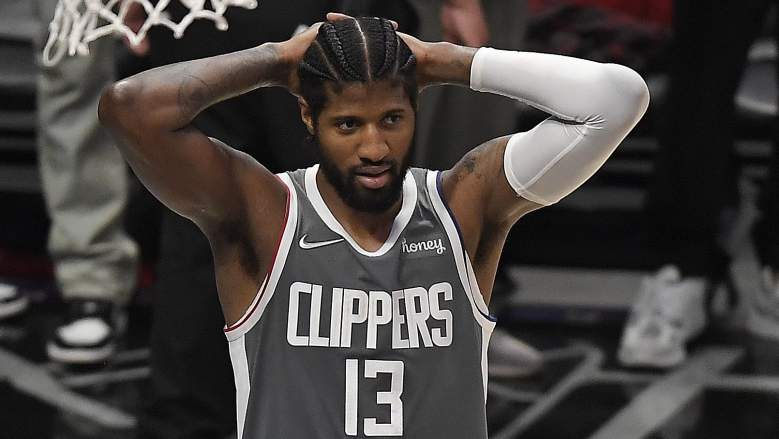 In the coming NBA season, there will be plenty of opportunities for those with the Clippers to assert themselves, to help the team make its way through the absence of Kawhi Leonard, who will be out for at least most—if not all—of the season as he recovers from July surgery on his torn right ACL. Third-year guard Terance Mann will get the chance to play a more consistent role. New guard Eric Bledsoe, too, will have a chance to thrive back with the team that drafted him.

Reggie Jackson, Justise Winslow, Luke Kennard—there will be Clippers with chances they might not have if Leonard were healthy.

Still, just how successful the Clippers can be until Leonard is healthy will come down to the one guy who has almost as much talent as Leonard: Paul George. And George knows it, knows he has to continue to silence the many doubters who have lingered about during his two mostly disappointing years with the Clippers.

The loudest criticism around George has long been the fact that he dubbed himself “Playoff P” going back to the 2018 NBA playoffs, when he was playing for Oklahoma City. He scored 36 points on 13-for-20 shooting in the game after he gave himself that nickname, but went on to shoot just 36.0% from the field for the rest of that series, a first-round loss to Utah.

The Thunder lost the following year, in just five games, to Portland, but George’s postseason struggles came to a head in the Orlando bubble, where George later admitted he was having mental-health issues. He averaged 20.2 points, shot 39.8% from the field and 33.3% from the 3-point line and was a disaster in the Clippers’ disappointing Game 7 loss in the conference semifinals against Denver, scoring 10 points on 4-for-16 shooting.

That turned around last year, when George scored 26.9 points, averaged 9.6 rebounds and 5.4 assists in 19 playoff games, with the Clippers reaching their first-ever Western Conference finals even after Leonard’s injury in Game 4 of the conference semis.

At media day last month, George said he was ready to assume more responsibility, likely taking on a lead-scorer’s role for the first time since his time in Indiana back in the first seven years of his 12-year career.

Paul George: ‘I Took a Lot of Criticism’

There is some irony in just how well George was able to produce in the postseason last year after what had happened the previous playoffs—George’s failure in the bubble, and his inability to prevent the attending criticism from affecting him, helped him change his mindset.

He will need to carry that attitude into his new Kawhi-free role with the Clippers. As he told the Times:

For a long part of my career, I got criticized a lot for whatever reasons, coming up short, not playing well. I took a lot of criticism. And I was the person that kind of would buy into what people were saying. But then it got to a point, especially coming out of the bubble, where it was like, I don’t need validation, you know what I mean? … I play this game to the fullest. I work hard. Sometimes the results come up short. Not everyone is a champion, not everyone is this, not everyone is that, so it comes with the game. But if I come out here and play as hard as I can, I’m a great teammate, that’s all that matters in the game of basketball. Everything else is irrelevant to me.

Discover more from Heavy on Clippers↓

Return of Ash Was a Real Positive: Virat Kohli Hails Ravichandran Ashwin For His Comeback Performance Against Afghanistan

KRK claims Aryan Khan’s life is in danger: Hope he will be able to bear this pain – Times of India