Kyrie Irving #11 of the Brooklyn Nets.

Before the start of the NBA season, Brooklyn Nets general manager Sean Marks and owner Joe Tsai decided to sideline 7-time All-Star Kyrie Irving until he received at least the first dose of the coronavirus vaccine in compliance with New York City health and safety protocols. Last month, the Nets announced that they would be bringing Irving back into the fold knowing that he would only be available part-time as he is still not vaccinated. But the team feels that having Kyrie available in any capacity is better than not having him at all.

“The overall environment has changed, as we all know. Drastically it has changed; Not only for the Nets. It’s changed from our staff perspective, our players perspective, it changed from what’s happening outside of Barclays,” said Marks on he and Joe Tsai’s decision per NetsDaily. “COVID has done a number on the team and our society in general. Managing our overall player load; that’s something we got to be aware of throughout the course of the season. We have seen the large minutes our guys have had to endure, play and we got to look at what’s best for the team over the course of the season.”

The latest Nets news straight to your inbox! Join the Heavy on Nets newsletter here! 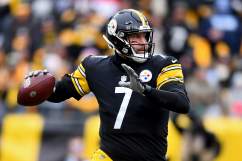 Kyrie Irving Expected to Return to Court This Week

Just one day after they reinstated Irving, the 7-time All-Star entered the league’s health and safety protocols. This delayed his return even further as the team knew he would have to go through a ramp-up period. But the day that Nets fans have been waiting on is finally here as Shams Charania of “The Athletic” reports that Irving is expected to make his season debut on the road this Wednesday against the Indiana Pacers.

“Brooklyn Nets star Kyrie Irving is expected to make his season debut Wednesday on the road against the Indiana Pacers,” Charania tweeted on Monday. “After missing the Nets’ first 35 games of the season, Irving has targeted Wednesday for his return.

Brooklyn Nets star Kyrie Irving is expected to make his season debut Wednesday on the road against the Indiana Pacers, sources tell @TheAthletic @Stadium. After missing the Nets’ first 35 games of the season, Irving has targeted Wednesday for his return.

“I just really empathized and understood their choice to say, ‘If you’re not going to be vaccinated, fully vaccinated, then you can’t be a full participant.’ I understood their decision and I respected it,” Irving said to reporters in December per NetsDaily. “I really had to sit back and try not to become too emotionally attached to what they were deciding to do. I had to sit down and really evaluate things and see it from their perspective.”

Irving has not played in any NBA action since last May in Game 4 of the Eastern Conference Semifinals. It is the same game that he badly injured his ankle which held him out for the rest of the series. Despite the long layoff, Nets head coach Steve Nash was pleasantly surprised with how in shape Irving is.

“He looks great considering he was in isolation for however many days: 10+ days, I think. For him to come out of that and look as good as he has playing with the stay-ready group and getting his rhythm back has been exciting,” said Nash per NetsDaily.

After all the drama, Kyrie is finally going to suit up for the Nets this season after all. Brooklyn currently sits in second place in the Eastern Conference, and with Irving coming back this week, they could soon reclaim the top spot.

READ NEXT: Nets May Experiment With Unusual Lineup Amid Recent Losing Streak: Report

Predicting how Man City vs Manchester United will play out

The End Of The Neobank Era