Bills Fans Sound off on Refs After Questionable Calls Against Jags 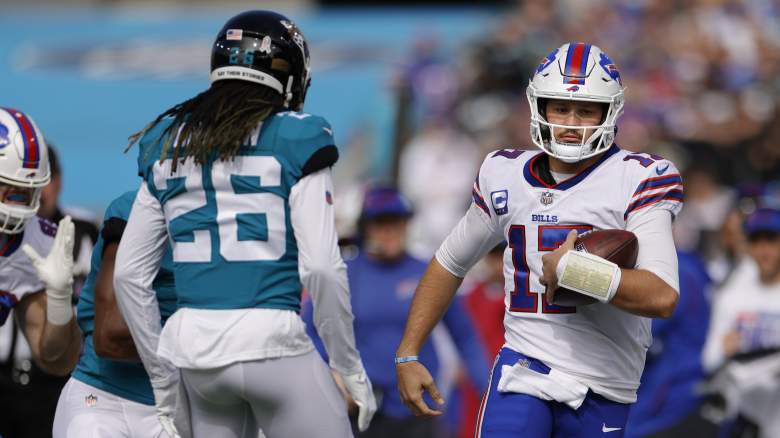 Josh Allen scrambles for a run against the Jacksonville Jaguars.

Buffalo Bills fans are not happy after Sunday’s loss, and it wasn’t just the sluggish performance against the bottom-feeding Jacksonville Jaguars that attracted their anger.

Referees made a series of questionable calls in the 9-6 loss, including several that cost the Bills valuable field position or chances to score in a game where the offense otherwise sputtered. The loss dropped the Bills to 5-3 into a suddenly tight race for the AFC East, while also casting doubts about their status as Super Bowl contender. After the loss, many fans were left lamenting what could have been had a few of the calls gone differently.

The latest Bills news straight to your inbox! Join the Heavy on Bills newsletter here!

There was plenty that went wrong for the Bills in the upset loss to Jacksonville, including one of the worst performances of the season for Josh Allen as he threw two interceptions and took some costly sacks that knocked the Bills out of field goal range. The running game also sputtered, with backs Devin Singletary and Zack Moss rushing a total of nine times for 22 yards. The offensive line lost battles as well, with Allen often left scrambling from the pressure created by the Jacksonville defensive line.

But the series of missed and questionable calls were the lasting impression for many Bills fans, who took to social media to complain about the performance of referees. Dan Lavoie of Buffalo Rumblings compiled a list of all the apparent miscues from the officiating crew, which included questionable calls as well as some difficulty with correctly identifying the offending parties. On one early call, referees attributed a penalty to No. 10 on the Bills — a number that belongs to quarterback Mitch Trubisky, who was not only not in the game, but not active as he was placed on the COVID-19 reserve list.

“In the second quarter, the referees called an inexplicable unnecessary roughness penalty against Bills tackle Daryl Williams,” Lavoie wrote. “The broadcast revisited the play later, and they figured the referees, at best, had the wrong player in mind.

“On the next drive, the referees called an illegal motion penalty… on Jacksonville’s kicker (he wasn’t on the field, for the record). Later in the second quarter, Isaiah McKenzie had a long kick return taken back because of a phantom unnecessary roughness penalty, called on A.J. Klein.”

The calls drew some angry reactions from Bills fans, both online and inside TIAA Bank Field in Jacksonville.

It sounds like a “Refs, you suck” chant has broken out by some Bills fans in attendance.

While fans turned much of their ire toward the officiating crew, the Bills and head coach Sean McDermott took sole responsibility for the loss. Allen said after the game that his own performance was a key reason behind the upset, and vowed to come back better.

“We played like (crap) and it starts with me,” Allen said after the game, via ESPN. “This loss stings, but we will be better because of it.”

The Bills could still have plenty of chances to turn things around. As SI.com noted, Buffalo has the easiest strength of schedule to end out the season, and still holds a half-game lead over the New England Patriots for control of the AFC East.

The famous faces at Wimbledon 2021

Who is Steffie Gregg? Raheem Sterling pays tribute after goal against Hungary

Alex Albon agrees deal to race for Williams next season

ECB chairman Ian Watmore to step down with immediate effect

It Started With Thirst Traps on TikTok. Now, She’s Accused of Running a Cult