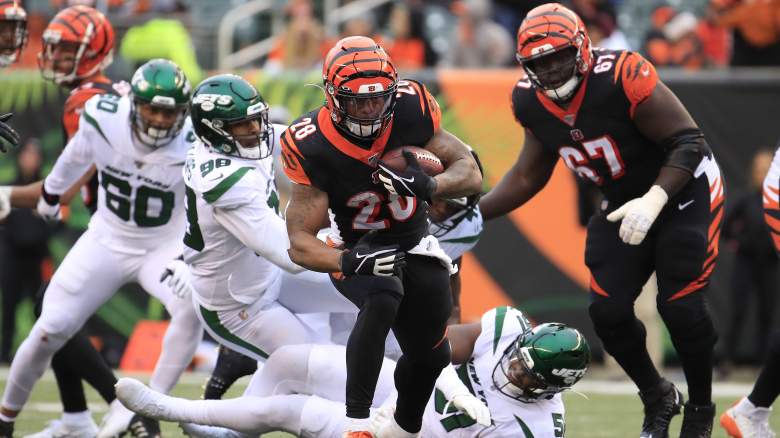 The New York Jets and the Cincinnati Bengals in a heated AFC clash.

On Sunday it’ll be a matchup of polar opposites.

The New York Jets are a bottom dweller in every sense of the word. Record (1-5), statistically, and perception-wise.

While on the other side of the coin the Cincinnati Bengals are at the top of the league in 2021. They’re firing on all cylinders with their most recent victim falling to the canvas last Sunday in an absolute AFC north beatdown.

On paper, this is a mismatch of epic proportions. The ESPN FPI (Football Power Index) pegs Cincinnati as a 76.2 percent favorite to beat the Jets. While the Vegas spread has the Bengals as a whopping 11 point favorite on the road.

Of course that’s why they play the games.

A Worthwhile Team to Take a Closer Look at

It’s a remarkable turnaround for a team that has historically found a way to “bungle” things.

Cincinnati hasn’t had a winning record since 2015 (12-4) and their cumulative record over the last five years heading into this season was dismal (25-53-2).

So far this year they have flipped the script with a 5-2 record (tied for the best record in the AFC conference).

“This team in 2019 went 2-14 and I was on a third-year San Francisco team that beat them 41-17,” Jets head coach Robert Saleh on the Bengals’ turnaround. “They have been steadfast with continuity, building it the right way, and bringing in the right people. The Bengals have gotten a couple of pieces that have unlocked the entire thing with Ja’Marr Chase, Tee Higgins, Tyer Boyd, and I feel like we are right there. The Bengals are a pretty cool blueprint to look at with regards to how to build an organization, roster, and to get it back on track where you are winning consistently.”

A lot of people had doubts about Zac Taylor when he was first hired by the Bengals and many were ready to hit the eject button after the first two years where he went 2-14 and 4-11-1. For those who held the faith, including the front office of Cincinnati, their patience was rewarded in year No. 3.

An important thing to keep in mind as the Jets wade through the waters of a turbulent rookie season with coach Saleh.

After years of turmoil the Bengals turned it around, should that inspire hope for Jets fans around the world?

Cincinnati hit on their draft picks over the last two years: Joe Burrow, Tee Higgins, and Ja’Marr Chase. They nailed the quarterback who has the skills, moxie, and necessary leadership to galvanize a football team.

On top of that, they selected a weapon of mass destruction that has had an unbelievable impact and ripple effects on the rest of the team. Chase has taken the NFL by storm and has forced opposing defenses to focus on him, which has created favorable matchups for the rest of the offense.

Mix that in with great free-agent splashes like Trey Hendrickson and Chidobe Awuzie, there should be no surprise at their level of success.

That is a viable blueprint that the Jets can hope to replicate.

They believe they have their quarterback in Zach Wilson (still to be determined), Elijah Moore is a guy they hope can be a budding star, and they made several free-agent splashes like Carl Lawson that simply haven’t panned out yet because of injuries.

Although this upcoming offseason, they’ll have four picks in the top two rounds, a bundle of cap space, and another year in the system both offensively and defensively.

It won’t be easy to mimic that level of success, but it is a blueprint Jets fans should hold close as they dream and hope of what could be in 2022.

How to watch Mexican Grand Prix online and on TV today

Lewis Hamilton will keep it clean, has no intention of causing a collision to win

Barcelona manager hits back at exiled midfielder; ‘There are other players who are better than him’

Explaining the questions around the Newcastle United takeover

Sidhu Moosewala to Badshah: 5 Punjabi stars who have an engineering degree | The Times of India

After a long wait, some of Southeast Asia’s most popular islands are reopening to travelers