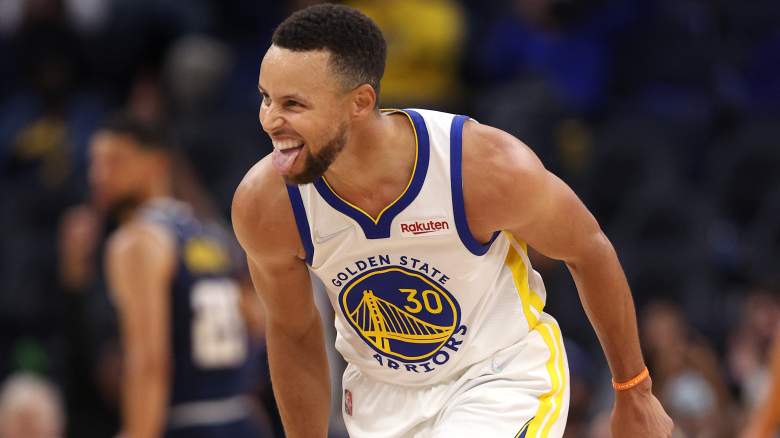 Golden State Warriors point guard Steph Curry knows what it is to be doubted, but the league’s reigning scoring champ has made a Hall of Fame career out of believing in himself when others didn’t.

Curry is already widely considered the greatest 3-point shooter in NBA history, but he can make it official in more ways than one Wednesday night.

The Warriors host the Portland Trailblazers at 7 p.m. local time December 8 in what could prove to be one of the most special games of Curry’s already illustrious career. Curry (2,958) resides just 15 made 3-point shots behind Ray Allen (2,973), the NBA’s career leader in the category.

Curry’s best mark in one game is 13 made 3-pointers, while the NBA record in a single night is 14 makes from deep. To set the all-time career mark Wednesday, Curry would need to break the individual game record by making 16 shots from behind the 3-point line. When asked about the prospect of accomplishing both feats in the same night, the Dubs’ point guard did not rule out the possibility.

“I’m not coming out with that as a true goal of how I’ll play, but crazier things have happened,” Curry said.

Opinions Differ on Curry’s Chances to Catch Allen Vs. Blazers

Curry, the best shooter in the world, clearly believes in his talent enough to know that 16 3-pointers in one game is possible. His head coach, Steve Kerr, seconded that opinion earlier this week.

If ever there was a game Curry could splash 16 times from long range, it would be against a team like the Blazers. As Poole noted, Portland ranks dead last in defensive rating. The teams allows 112.9 points per 100 possessions, according to NBA.com.

ESPN NBA insider and talk show personality Stephen A. Smith, however, thinks the idea that Curry will break both records in one night is patently absurd, even against a team as defensively weak as Portland.

In fact, Smith doesn’t believe the Dubs’ point guard will break even one record.

“I think that’s going a little bit too far. What does he need, 16 threes in a game?” Smith said on ESPN’s First Take morning show Tuesday, December 7. “I love Steph Curry. I think he’s the greatest shooter God ever created. I don’t see him hitting 16 threes in one game.”

Smith went on to say he believes Curry will break the career 3-point record within the next two games, but refused to suspend disbelief that anyone, even Curry, will drop 16 makes from behind the arc in a single contest.

The fact that Blazers’ All-Star guard Damian Lillard is out for Wednesday’s matchup won’t help Curry’s cause. Lillard has never been a stellar defensive player, but his offense is so important to the Blazers that it is easy to conjure Portland falling so far behind Golden State in the Chase Center that Curry spends most of the 4th quarter on the bench resting during the last stanza of a runaway Warriors’ win.

GettyGolden State Warriors wing Andrew Wiggins fires up a shot during a game against the New Orleans Pelicans.

Beyond history, there is an almost comical aspect to the Curry 3-point storyline Wednesday night. While Curry will try to shoot his way into the record books as the best 3-point shot maker of all-time, he is currently not even the best 3-point shooter on his own team. That honor belongs to wingman Andrew Wiggins.

Wiggins knocked down 8 of 10 shots from deep Monday against the Orlando Magic to move slightly ahead of Curry as the team’s leader in 3-point shot percentage. The StatMuse Twitter account posted the figure online Tuesday.

Fun fact: Andrew Wiggins has a higher 3P% than Steph Curry this season.

If he wants to break both the single-game and career records for 3-pointers made on Wednesday night, Curry will have to sink three more shots from deep than he currently attempts on average.

Discover more from Heavy on Warriors↓

How does F1 move cars between races?

AMC posts narrower-than-expected loss, but CEO says there are still pandemic challenges ahead

Puerto Rico to install free internet in all public housing