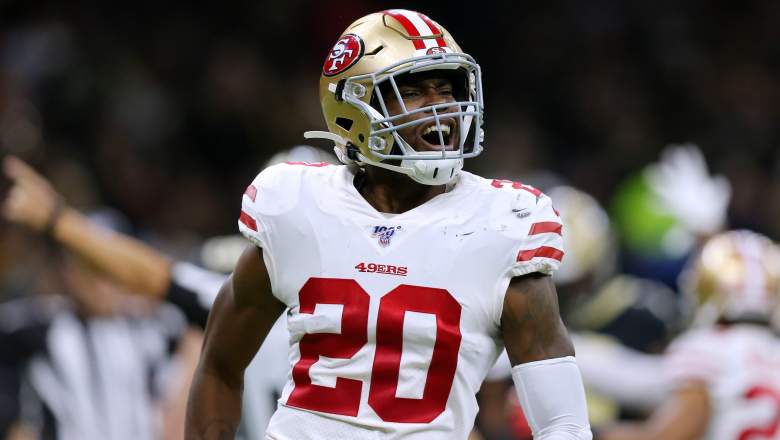 The San Francisco 49ers now have plenty of room to sign a veteran if need be. According to ESPN’s Field Yates, the Niners have restructured starting free safety Jimmie Ward‘s contract.

Ward was set to make a base salary of $8.4 million resulting in a cap hit of over $10.9 million this year. But, the team has converted a significant amount of his base salary into a signing bonus. The move ultimately frees up close to $5.85 million in cap space which brings the new cap total to $7.3 million.

Another recently reworked deal to create cap space for in-season management: the 49ers converted about $7.8M of S Jimmie Ward’s 2021 compensation into a bonus, resulting in about $5.85M of space. San Francisco is at about $7.3M in space.

The Niners signed Ward to a three-year, $28.5 million deal last offseason. He enters this season as of the 49ers’ seven team captains.

San Francisco originally selected Ward out of Northern Illinois with the No. 30 overall pick in the 2014 NFL Draft. He registered 73 tackles, four passes defensed, and two forced fumbles through 14 games last fall.

ALL the latest 49ers news straight to your inbox! Join the Heavy on 49ers newsletter here!

Ward Is Wearing C” on His Jersey for the First Time

The veteran safety has truly established himself in the league over the last few years and Ward was chosen to be a captain for the first time in his career heading into the 2021 season.

“With Jimmie, he’s really stepped up and done a great job of leading,” Ryans said via Yahoo Sports. “And I’m excited for Jimmie to be a captain. The guys love it, everybody loves it when Jimmie brings the team up and he talks to the team. He always has a positive message, always has an encouraging message to the team and our guys feed off of Jimmie’s energy that he brings.”

But what exactly qualifies as a leading on the field in Ryans’ eyes?

The Niners are set to kick off the season with a Week 1 matchup against the Detroit Lions on Sunday.

In Detroit, they made some notable changes and hired Dan Campbell as a first-year head coach. They also traded Matthew Stafford away to the Los Angeles Rams for quarterback Jared Goff, a former No. 1 overall draft pick. But the Niners have plenty of experience facing Goff when he was at the Rams, so their defense should know what to expect. For Detroits’ rebuilding defense, however, they likely won’t know what to do with the Niners’ problematic trio of Brandon Aiyuk, Deebo Samuel and Kittle.

Nonetheless, the 49ers’ offense should have themselves a field day against a Lions’ defense that allowed 419.8 yards a game last season, which put them dead-last in the NFL.

The key battles ahead of Australia vs England this winter

UEFA clears way for away fans to travel for Champions League

Balanced Rams Are Rolling To 3-0 Start For Stafford, McVay

Patrick Vieira reveals he had talks about signing for Tottenham