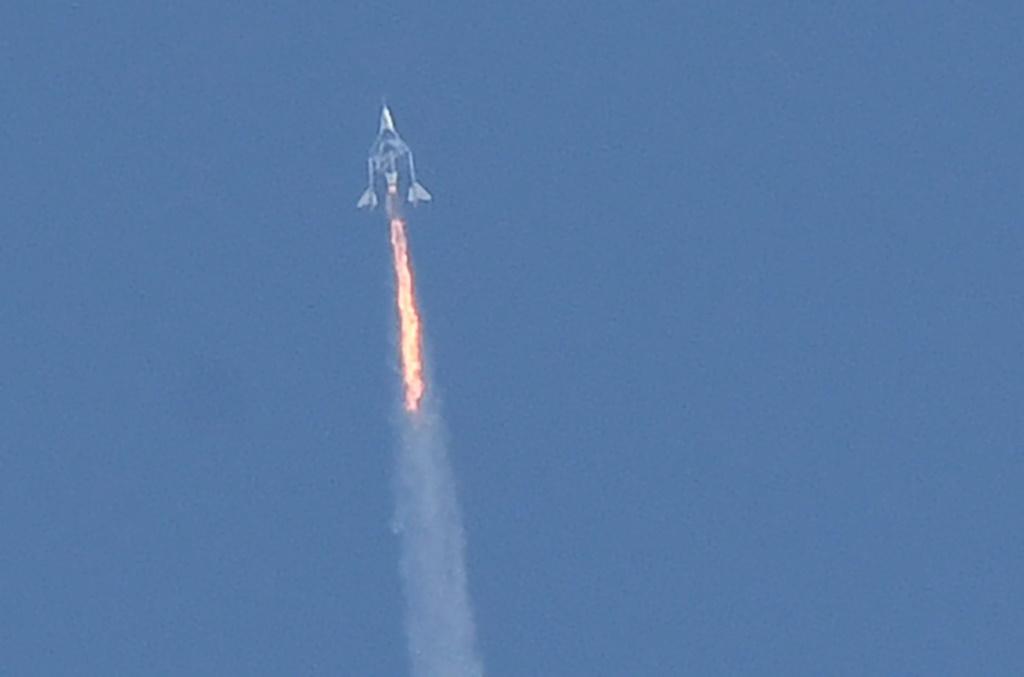 Virgin Galactic has sold around 100 tickets since flying its founder Richard Branson to space last summer, with commercial services expected to begin by the end of 2022, the company said in its financial results Monday.

In total, the company has now sold 700 tickets, a spokesperson told AFP.

“We are entering our fleet enhancement period with a clear roadmap for increasing the durability, reliability and predictability of our vehicles in preparation for commercial service next year,” said CEO Michael Colglazier in a statement.

“Demand for space travel is strong, and we’ve been selling seats ahead of the pace we had planned.”

Established in 2004, Virgin Galactic is seeking to cash in on the success of a high profile test mission in July, which saw Branson beat by a matter of days Blue Origin owner Jeff Bezos in their billionaire space race.

But since then, the company, which flies out of Spaceport America in the New Mexico desert, has faced setbacks.

In September, it was briefly grounded by the Federal Aviation Administration (FAA), which found the July flight deviated from its assigned airspace and Virgin Galactic did not communicate the “mishap” as required.

In October, Virgin said it was postponing by several months a mission with members of the Italian Air Force, after lab testing revealed certain materials used in its vehicles might have fallen below required strength margins, necessitating further analysis.

The company is currently in the process of enhancing its vehicles.

Unlike Blue Origin and SpaceX, its main competitors in the nascent space tourism sector, Virgin Galactic deploys a massive carrier aircraft that takes off horizontally, gains high altitude, and drops a rocket-powered spaceplane that then soars into space.

As a publicly traded company, Virgin Galactic is also required to be more transparent about its finances.

The cost of tickets on Blue Origin’s suborbital New Shepard rocket, capable of roughly ten-minute hops into space and back, is unknown, but likely to be substantially higher.

An online auction for the very first seat sold for $28 million, but the winner deferred their flight.

Seats aboard SpaceX’s Crew Dragon, which launches atop a huge Falcon 9 rocket and is also contracted by NASA to ferry astronauts to the International Space Station, are likely to run into the tens of millions of dollars.

Thousands of FLYING ANTS are emerging, encouraged by the hot and humid weather

From mines to Covid: Cambodia dogs train to sniff out virus

Dinosaurs once flourished near the North Pole

Boeing gets OK for satellite grid to provide internet from space

Astronomers detect signs of an atmosphere stripped from a planet in a giant impact: Such planetary smashups are likely common in young solar systems,...

Biden apologizes for Trump exit from climate accord