Researchers make whitest paint in world. It can omit the need for an AC 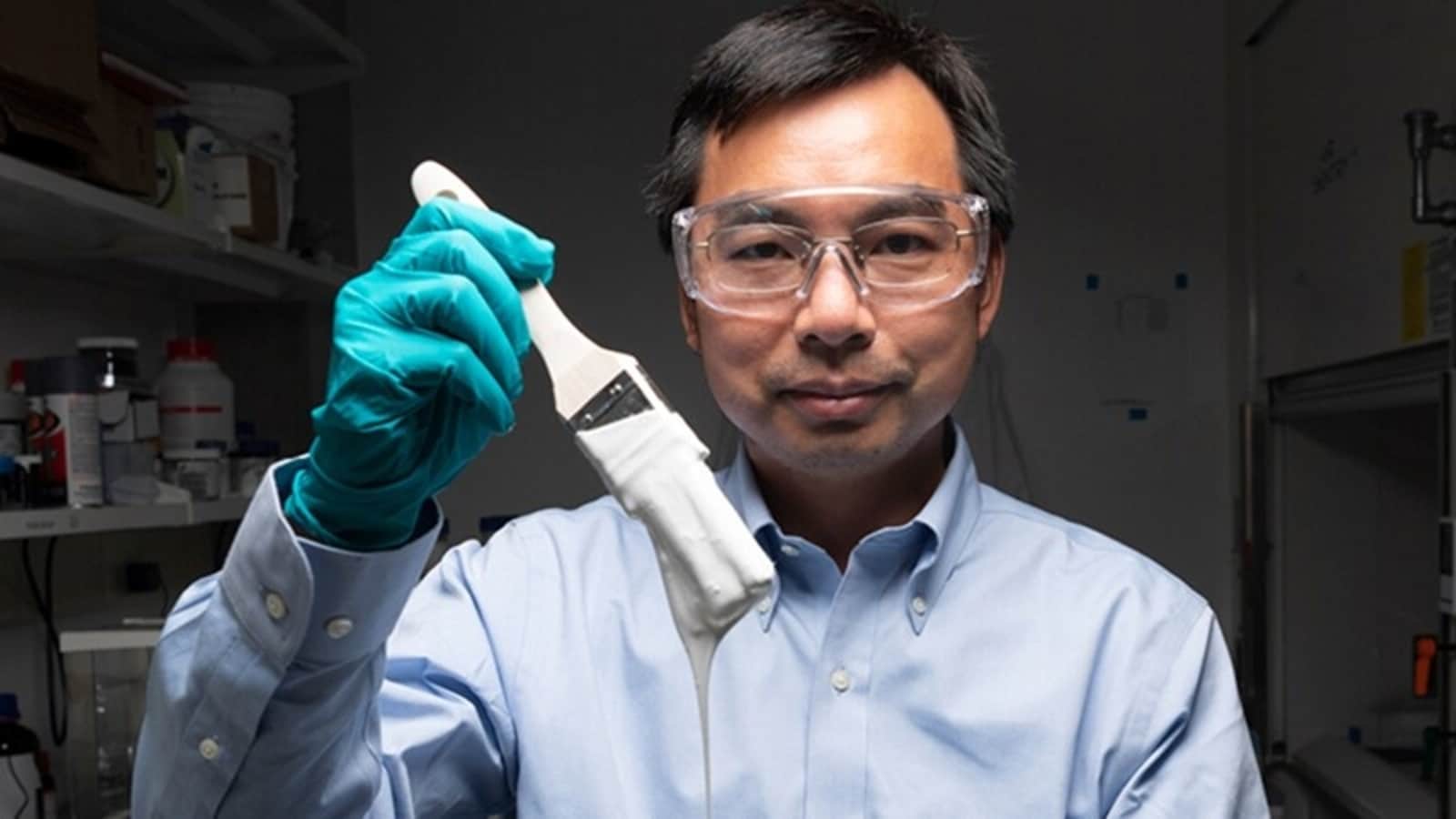 New research done at a laboratory at Purdue University in the United States has led to the production of the whitest paint in the world. This paint due to its extreme white shade has the capability to gradually reduce or even omit the need for air conditioning, scientists said.

According to a report by South China Morning Post, the paint has now made it into the Guinness Book of World Records as the whitest ever formed.

Purpose behind the research

In a statement, Xiulin Ruan, a professor of Mechanical Engineering at Purdue, said that when the research was started nearly seven years ago, they had saving energy and combating climate change as their agenda.

In fact, the researchers’ goal was to create a paint that would reflect sunlight away from a building. The Purdue University scientists said that in the process of making the paint “really reflective,” they also made it “really white”.

How does the paint work?

According to the South China Morning Post report, the paint reflects 98.1 per cent of solar radiation while also emitting infrared heat. As per the mechanism is concerned, the researchers explained that the paint takes in less heat from sunlight that it emits, thus allowing a surface coated with the paint underneath the surrounding temperature to cool off without consuming any power.

The researchers explained that this paint can be used to cover an entire roof area of nearly 1,000 square feet that would equal to the cooling power of 10 kilowatts. “That’s more powerful than the air conditioner used in most houses,” Ruan was quoted as saying by the Post report.

What makes the paint better?

There are two significant features that make the paint ultra-white – firstly, a considerable concentration of chemical compound called ‘barium sulphate’ – which is also used in photo paper and cosmetics – and secondly, presence of varied sized particles of barium sulphate in the paint, according to the scientists.

While the ordinary commercial white paint gets warmer as opposed to becoming cooler, paints found in the market that are designed to cancel out heat reflect only 80 per cent to 90 per cent of the sun rays and so are unable to make surfaces cooler than their surroundings.

What’s the next plan?

Researchers of the paint at Purdue University have joined hands with a firm to put this ultra-white paint on the market.

Rover images confirm Jezero crater is an ancient Martian lake: The findings include signs of flash flooding that carried huge boulders downstream into the...

Tesla’s China sales have grown to nearly half the company’s sales in the U.S.

7 Of The Latest Ecommerce Tools Used By Startups

France gets tough on vaccine rule for health workers

The rise of 3D-printed houses

I’m always up for the Ryder Cup, says Sergio Garcia