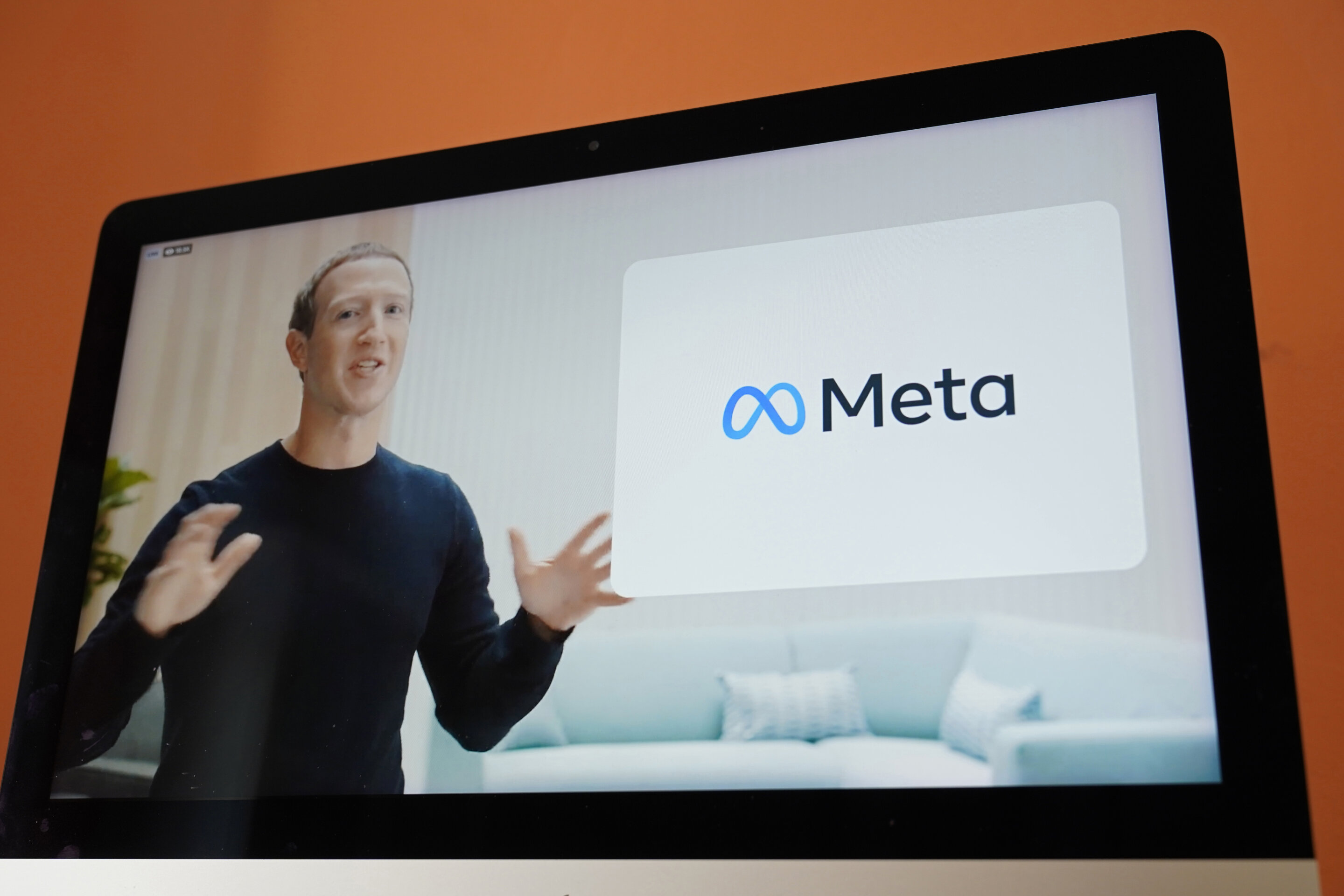 When Mark Zuckerberg announced ambitious plans to build the “metaverse”—a virtual reality construct intended to supplant the internet, merge virtual life with real life and create endless new playgrounds for everyone—he promised that “you’re going to able to do almost anything you can imagine.”

Zuckerberg, CEO of the company formerly known as Facebook, even renamed it Meta to underscore the significance of the effort. During his late October presentation, he effused about going to virtual concerts with your friends, fencing with holograms of Olympic athletes and—best of all—joining mixed-reality business meetings where some participants are physically present while others beam in from the metaverse as cartoony avatars.

But it’s just as easy to imagine dystopian downsides. Suppose the metaverse also enables a vastly larger, yet more personal version of the harassment and hate that Facebook has been slow to deal with on today’s internet? Or ends up with the same big tech companies that have tried to control the current internet serving as gatekeepers to its virtual-reality edition? Or evolves into a vast collection of virtual gated communities where every visitor is constantly monitored, analyzed and barraged with advertisements? Or foregoes any attempt to curtail user freedom, allowing scammers, human traffickers and cybergangs to commit crimes with impunity?

Picture an online troll campaign—but one in which the barrage of nasty words you might see on social media is instead a group of angry avatars yelling at you, with your only escape being to switch off the machine, said Amie Stepanovich, executive director of Silicon Flatirons at the University of Colorado.

“We approach that differently—having somebody scream at us than having somebody type at us,” she said. “There is a potential for that harm to be really ramped up.”

That’s one reason Meta might not be the best institution to lead us into the metaverse, said Philip Rosedale, founder of the virtual escape Second Life, which was an internet craze 15 years ago and still attracts hundreds of thousands of online inhabitants.

The danger is creating online public spaces that appeal only to a “polarized, homogenous group of people,” said Rosedale, describing Meta’s flagship VR product, Horizon, as filled with “presumptively male participants” and a bullying tone. In a safety tutorial, Meta has advised Horizon users to treat fellow avatars kindly and offers tips for blocking, muting or reporting those who don’t, but Rosedale said it’s going to take more than a “schoolyard monitor” approach to avoid a situation that rewards the loudest shouters.

“Nobody’s going to come to that party, thank goodness,” he said. “We’re not going to move the human creative engine into that sphere.”

A better goal, he said, would be to create systems that are welcoming and flexible enough to allow people who don’t know each other to get along as well as they might in a real place like New York’s Central Park. Part of that could rely on systems that help someone build a good reputation and network of trusted acquaintances they can carry across different worlds, he said. In the current web environment, such reputation systems have had a mixed record in curbing toxic behavior.

It’s not clear how long it will take Meta, or anyone else investing in the metaverse, to consider such issues. So far, tech giants from Microsoft and Apple to video game makers are still largely focused on debating the metaverse’s plumbing.

To make the metaverse work, some developers say they are going to have to form a set of industry standards similar to those that coalesced around HTML, the open “markup language” that’s been used to structure websites since the 1990s.

“You don’t think about that when you go to a website. You just click on the link,” said Richard Kerris, who leads the Omniverse platform for graphics chipmaker Nvidia. “We’re going to get to the same point in the metaverse where going from one world to another world and experiencing things, you won’t have to think about, ‘Do I have the right setup?'”

Nvidia’s vision for an open standard involves a structure for 3D worlds built by movie-making studio Pixar, which is also used by Apple. Among the basic questions being resolved are how physics will work in the metaverse—will virtual gravity cause someone’s glass to smash into pieces if they drop it? Will those rules change as you move from place to place?

Bigger disagreements will center on questions of privacy and identity, said Timoni West, vice president of augmented and virtual reality at Unity Technologies, which builds an engine for video game worlds.

“Being able to share some things but not share other things” is important when you’re showing off art in a virtual home but don’t want to share the details of your calendar, she said. “There’s a whole set of permission layers for digital spaces that the internet could avoid but you really need to have to make this whole thing work.”

Some metaverse enthusiasts who’ve been working on the concept for years welcome the spotlight that could attract curious newcomers, but they also want to make sure Meta doesn’t ruin their vision for how this new internet gets built.

“The open metaverse is created and owned by all of us,” said Ryan Gill, founder and CEO of metaverse-focused startup Crucible. “The metaverse that Mark Zuckerberg and his company want is created by everybody but owned by them.”

Gill said Meta’s big splash is a reaction to ideas circulating in grassroots developer communities centered around “decentralized” technologies like blockchain and non-fungible tokens, or NFTs, that can help people establish and protect their online identity and credentials.

Central to this tech movement, nicknamed Web 3, for a third wave of internet innovation, is that what people create in these online communities belongs to them, a shift away from the Big Tech model of “accumulating energy and attention and optimizing it for buying behavior,” Gill said.

Evan Greer, an activist with Fight for the Future, said it’s easy to see Facebook’s Meta announcement as a cynical attempt to distance itself from all the scandals the company is facing. But she says Meta’s push is actually even scarier.

“This is Mark Zuckerberg revealing his end game, which is not just to dominate the internet of today but to control and define the internet that we leave to our children and our children’s children,” she said.

The company recently abandoned its use of facial recognition on its Facebook app, but metaverse gadgetry relies on new forms of tracking people’s gaits, body movements and expressions to animate their avatars with real-world emotions. And with both Facebook and Microsoft pitching metaverse apps as important work tools, there’s a potential for even more invasive workplace monitoring and exhaustion.

Activists are calling for the U.S. to pass a national digital privacy act that would apply not just to today’s platforms like Facebook but also those that might exist in the metaverse. Outside of a few such laws in states such as California and Illinois, though, actual online privacy laws remain rare in the U.S.

Metaverse: Five things to know, what it could mean for you

6-year-old child eaten by leopard after being dragged away; victim’s severed head found

Three network is down for mobile users across the UK

Xiaomi phones’ ‘censorship’ blacklist might be something less nefarious

The effects of a warmer world are visible in animals’ bodies