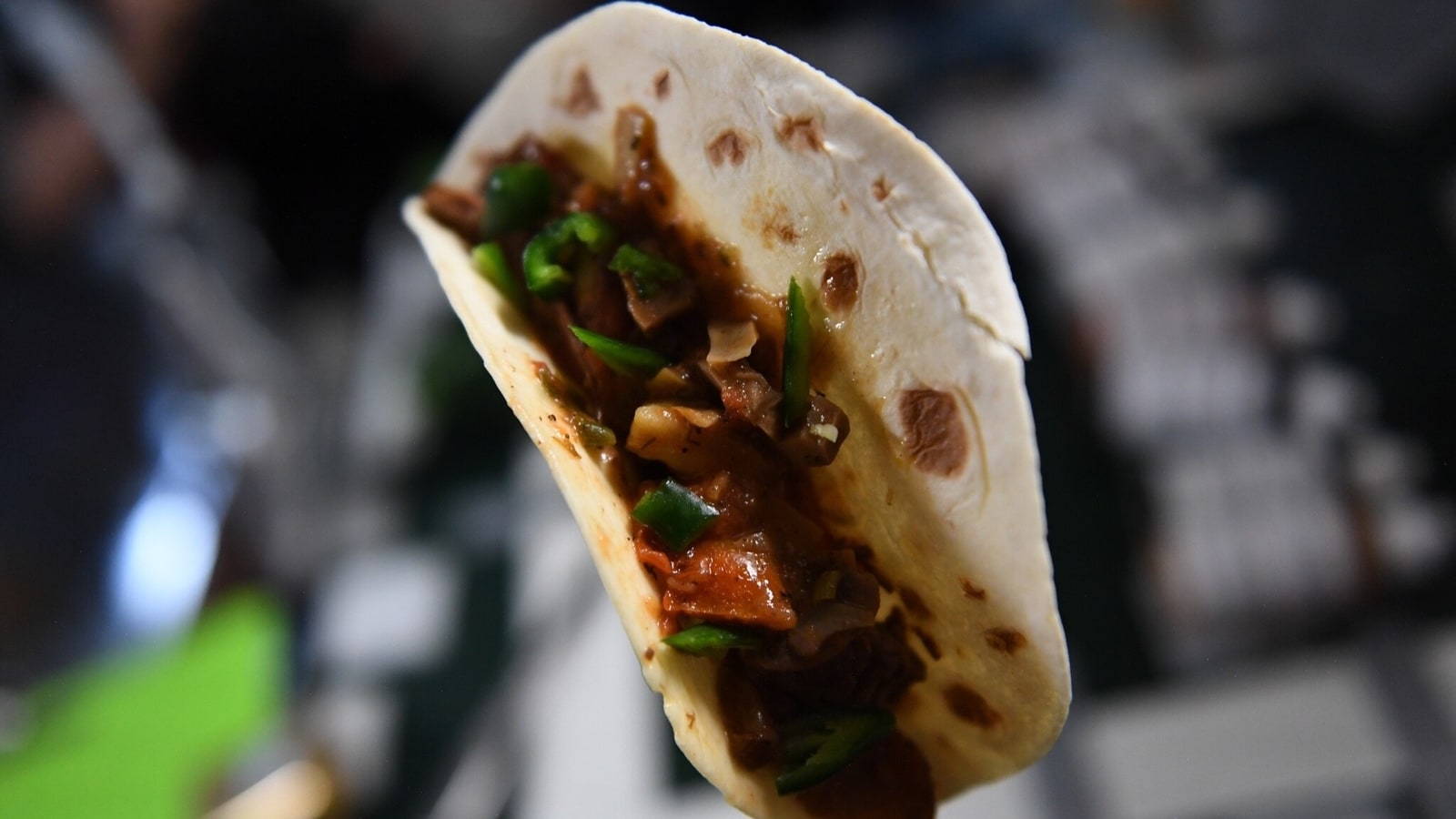 Astronaut Megan McArthur tweeted she made the best space tacos on Friday with peppers grown in the International Space Station.

Nasa astronauts aboard the International Space Station have finally tasted the first chili peppers that they have been growing in space for the last four months. This plant experiment has been one of the most complex to date, the National Aeronautics and Space Administration said earlier.

On Nasa astronaut Meghan McArthur’s social media account, the photos of the first space-grown green chili pepper were posted. “After the harvest, we got to taste red and green chile. Then we filled out surveys (got to have the date) Finally, I made my best space tacos yer: fajita beef, rehydrated tomatoes and artichokes, and HATCH CHILE,” it was posted.

Friday Feasting! After the harvest, we got to taste red and green chile. Then we filled out surveys (got to have the data! 😁). Finally, I made my best space tacos yet: fajita beef, rehydrated tomatoes & artichokes, and HATCH CHILE! https://t.co/pzvS5A6z5u pic.twitter.com/fJ8yLZuhZS

Nasa earlier said the experiment is aimed at exploring ways to sustain explorers for missions to destinations beyond low-Earth orbit including Mars, missions that may last for months or even years and have limited opportunities for resupply missions.

“Feeding crews on the Moon, and especially Mars, will be a logistical challenge. While crews will still rely on packaged foods from Earth, part of the challenge is that sending supplies beyond low-Earth orbit requires more propellant and longer delivery times, particularly to Mars. Packaged foods stored for long periods results in degradation of the food quality, which reduces the amount of key nutrients like Vitamin C and Vitamin K,” Nasa said earlier. Since 2015, astronauts have grown and eaten 10 different crops on the space stations, it said.

Peppers were chosen for growing as they contain several key nutrients and are good source of Vitamin C. “Peppers are self-pollinating, making fruit easy to grow as it only requires agitating the plants. Plus, peppers add tasty variety to crew diets,” it said.

How were the peppers grown? A team at NASA’s Kennedy Space Center sanitized and planted 48 pepper seeds in a device called a science carrier that contains baked clay for roots to grow in and a controlled release fertilizer specially formulated for peppers, Nasa said.

When breezy, wear masks outdoors to prevent coronavirus exposure: Wind blowing in the same direction as a cough can increase viral transmission

This is government’s new plan to train police, state agencies to fight cybercrime – Times of India

Holiday Gift Guide 2021: The Most Stylish Boots For Women