Yamuna Toxic Foam: All You Need to Know About Ammonia Pollution and How it Affects Your Health 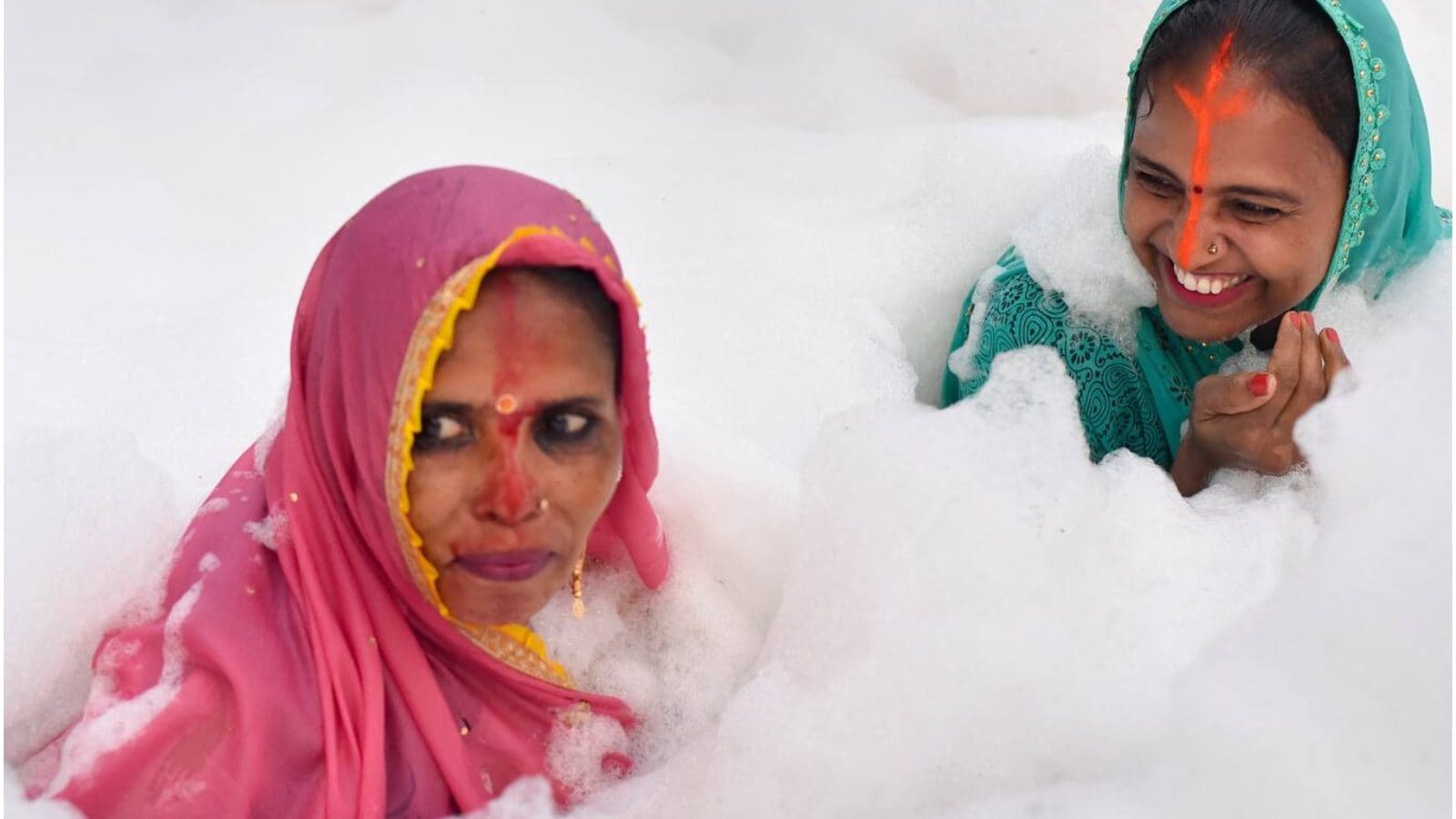 During Chhath Puja, you must have seen pictures of giant chunks of white froth invading Yamuna ghats. The toxic foam is a result of many pollutants including ammonia. The Central Pollution Control Board monitors ammonia, typically present in the polluted water as ammoniacal nitrogen. Ammonia pollution is increasing in the Yamuna and it is already causing problems. Last week, the water supply in many areas of the national capital were hit due to ammonia pollution. But what is ammonia and how does it affect us?

Read: Water Supply in These Parts of Delhi Likely to Be Hit Due to Ammonia Level in Yamuna: DJB

Ammonia, when present in high concentration, adversely affects the ecosystems. Atmospheric ammonia not only pollutes water but also air. Not only does it contribute to haze formation, but it also causes soil acidification, a process of the soil becoming acidic over time.

Devotees offer prayers along the banks of the Yamuna river during Chhath Puja, at Kalindi Kunj in Gautam Buddh Nagar on November 10, 2021. (PTI Photo)

In water, ammonia causes eutrophication — excessive plant and algal growth — which leads to depletion of oxygen in the water. As a result, it is a threat to aquatic animals highly dependent on the oxygen dissolved in water.

A compound of nitrogen and hydrogen, ammonia is a pungent and highly soluble substance, usually found in gaseous form. Because of its 47% solubility, ammonia is very difficult to trace and detoxify in polluted water bodies.

Usually originating from organic waste including sewage, industrial waste also contains ammonia. According to CPCB, the reason is that the pollutant could act as an indicator of the rising pollution level of Yamuna. When ammonia dissolves in water along with phosphorus, it can form toxic froth, heaps of which can be seen in the Yamuna. Since ammonia is corrosive, exposure to the pollutant can cause a burning sensation in the eyes, nose and throat including the respiratory tract. Exposure to harmful concentrated amounts can result in lung damage, blindness or death while limited concentrations are enough to make you cough or cause irritation in your nose and throat.

Ammonia is also a potent neurotoxin known to negatively affect the central nervous system. If ammonia reaches a high concentration in the blood, it can cause brain damage, which can further lead to coma or death. Ammonia pollution can damage a person’s lung airways and cause respiratory failure.

Tips to dating again after a divorce | The Times of India

Weight Loss Foods: Low-calorie foods that are filling and help you lose weight

Europe and Central Asia could suffer another 700,000 Covid deaths by spring as infections soar, WHO says

A True Taste Of The Yucatan: Chef Rosalia Chay’s Cochinita Pibil Experience Returns To The Roots

DR ELLIE CANNON answers: Why did my husband suddenly become so anxious on holiday

More than 200,000 new COVID-19 cases among children recorded in one week

Difference between amaranth, couscous, and quinoa | The Times of India

Geomagnetic storm to hit Earth today. Here’s how you can be affected