Wines Of The Week: Sonoma-Cutrer Chardonnay, Borreo Sangiovese, And A Special Single Malt Scotch From Glenmorangie 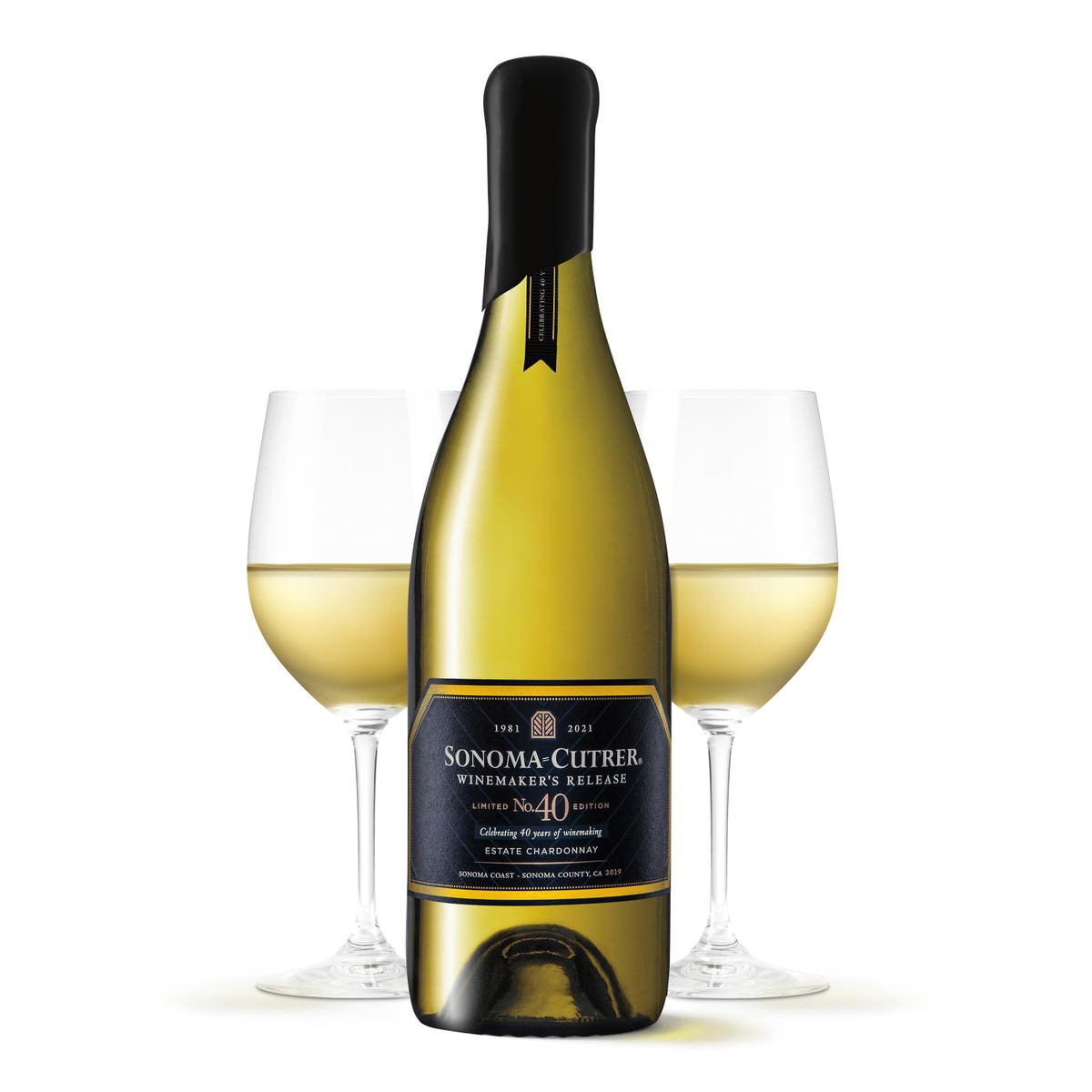 Earlier this year, Sonoma-Cutrer introduced a special Winemaker’s Release Chardonnay to mark its 40th anniversary. In the process of tasting it alongside three of their other popular and more or less readily available Chardonnays, I was reminded of the range and breadth of Chard that California is capable of, despite the often-heard refrains lumping all of the many examples of the variety from the Golden State together.

It’s an old, tired concept, this idea that all California Chardonnays are alike—oaky, buttery, and dense, with more of a focus on richness than energy. Even if that was true at a certain point, it certainly no longer is. The pendulum constantly swings in the world of wine, and today, thankfully, the smartest producers are crafting the wine that the land in which the vines grow is most well-suited to produce. Tasting these four alongside one another embodied that in particularly enlightening ways.

The Sonoma-Cutrer Russian River Ranches 2018, for example, is produced from grapes grown mainly on their estate vineyards in the Russian River Valley that have been blended with fruit from a few non-estate sites. The result is a wine whose leesy, creamy texture is perked up with balanced acidity that sparks mineral notes informing lemon pith, a touch of autumn apple, honeydew, and the suggestion of hazelnut, all finishing with a lovely floral lift on the savory finish. The 2018 “The Cutrer” Chardonnay, on the other hand, is grown entirely on the estate vineyard of the same name. Its Russian River Valley location leverages the excellent diversity of soils and microclimates impacting the vineyard, as well as a more assertive use of new oak, to produce a wine that is rich and oak-scented, with caramel and nougat aromas fascinatingly lifted with a hint of fresh-picked mint, as well as quince paste and ripe yellow apples, pears, and cinnamon. On the palate, this finds an excellent and energetic balance between textured weight and energy, with flavors of honey-roasted almonds, citrus blossoms, mashed pears, caramel, rum baba, white licorice, and an appealing minty lift. The 2018 “Les Pierres” Chardonnay leverages the gravelly clay loam soils the vines sink their roots into to produce a wine that is true to its name: Les Pierres in French translates to ‘the stones,’ and this is indeed a wine whose mineral, stony character shines brightly. It’s a nervy, energetic wine with a subtly salty character that informs wild scrubby herbs and a passing hint of nori. Preserved lemons, lemon verbena, cantaloupes, and flinty minerality course through it all.

My white Wine of the Week, however, is the Winemaker’s Release No. 40 Limited Edition Chardonnay 2019. This Sonoma Coast bottling was virtually blended during the pandemic’s frightening, challenging summer of 2020, and shows rich, ripe, generous, and balanced aromas of melons, baked apples, honey-coated chestnuts, and a touch of toasty vanilla. These tee up a generous palate that’s vibrant with Mandarin orange acidity and joined by lemon pith and flesh, ginger, and white tea, all of which turn more savory as the mid-palate and finish roll on. This is powerful yet not heavy, rich and deep yet layered and energetic, and cut through with minerality to spare, a touch of brininess, and fruit like quince, hard Seckel pears, and sweet spice that informs yet doesn’t define. It’s a fitting testament to Sonoma-Cutrer’s 40th anniversary.

My red Wine of the Week is less likely to be familiar, but every bit as notable: The Borreo Single Vineyard Sangiovese 2018 from Napa Valley. Sangiovese, of course, is arguably the most famous red grape variety in Italy—and certainly in Tuscany—responsible for everything from Chianti to Brunello di Montalcino and beyond. Yet it’s also possible to find it elsewhere around the world, and while Napa Valley isn’t one of its most common—land prices are generally so high in Napa that it makes sense to plant the grapes that will command the most money, which is definitely not Sangiovese—there are some delicious examples. I count this one from Borreo among that group.

It’s produced by Silverado Vineyards, which crafts a broad range of wines, from more everyday-priced bottlings to standouts like their SOLO and GEO ones. The Borreo line is named after Felix Borreo, a 19th-century merchant and farmer who planted olive trees and a vineyard on this same site, which is found around the midway point of Soda Canyon Road, heading toward Atlas Peak. It’s a vibrant wine, generous with notes of cranberries and smashed red cherries that are anchored by leather, tobacco, and woodsy spice, as well as blueberries and dried herbs. The finish comes on in a wave that includes spice, sarsaparilla, and black cherries, all of it turning a bit darker and more savory while still remaining juicy and giving. It’s excellent with food—a nice cheese and charcuterie plate seems particularly well-suited to it—but just as easy to enjoy on its own.

Finally, on November 2nd, Glenmorangie released a stunning new bottle (and I mean that in terms of both the physical packaging itself as well as the gorgeous liquid inside): The 18 Years Old Highland Single Malt Scotch Whisky in a special presentation box by the floral artist Azuma Makoto, as well as a label that echoes the entire package’s aesthetic.

Makoto, whose sculptures, animations, and installations both plum the inner depths and thoroughly reconceptualize the emotions that flowers are generally perceived to inspire, has taken the floral notes so typical of the Glenmorangie 18 Year Old as inspiration for the fascinating and, in my opinion, beautiful box and label.

As for the liquid inside, it’s spectacular: Elegant on the nose, with a subtle floral lift to the honeyed core of mashed pears, dried white peaches, and gently sweet spice, all with a hint of fudge in the background. These precede a palate of pure silk that carries bright flavors of lemon marmalade and honeysuckle as well as richer, deeper ones of vanilla crème brûlée, honey-coated walnuts and pecans, sultanas, dried apricots, and sweet spice that is lifted by gorgeous floral notes. This is one of those brilliant cases where the aesthetics and the liquid are in perfect harmony. It’s phenomenal, and absolutely transporting.

Why do British experts oppose jabbing under-18s against Covid-19

Harvard study finds over-40s who use Snapchat, Instagram and TikTok more likely to feel down

Here’s Where Car Thefts Are Spiking Because Of The Pandemic

Why is my wife’s blood pressure higher in one arm? MARTIN SCURR answers your health questions