What The Fork: Not Just Diwali, Sweets are an Integral Part of Indian Culture, Writes Kunal Vijayakar 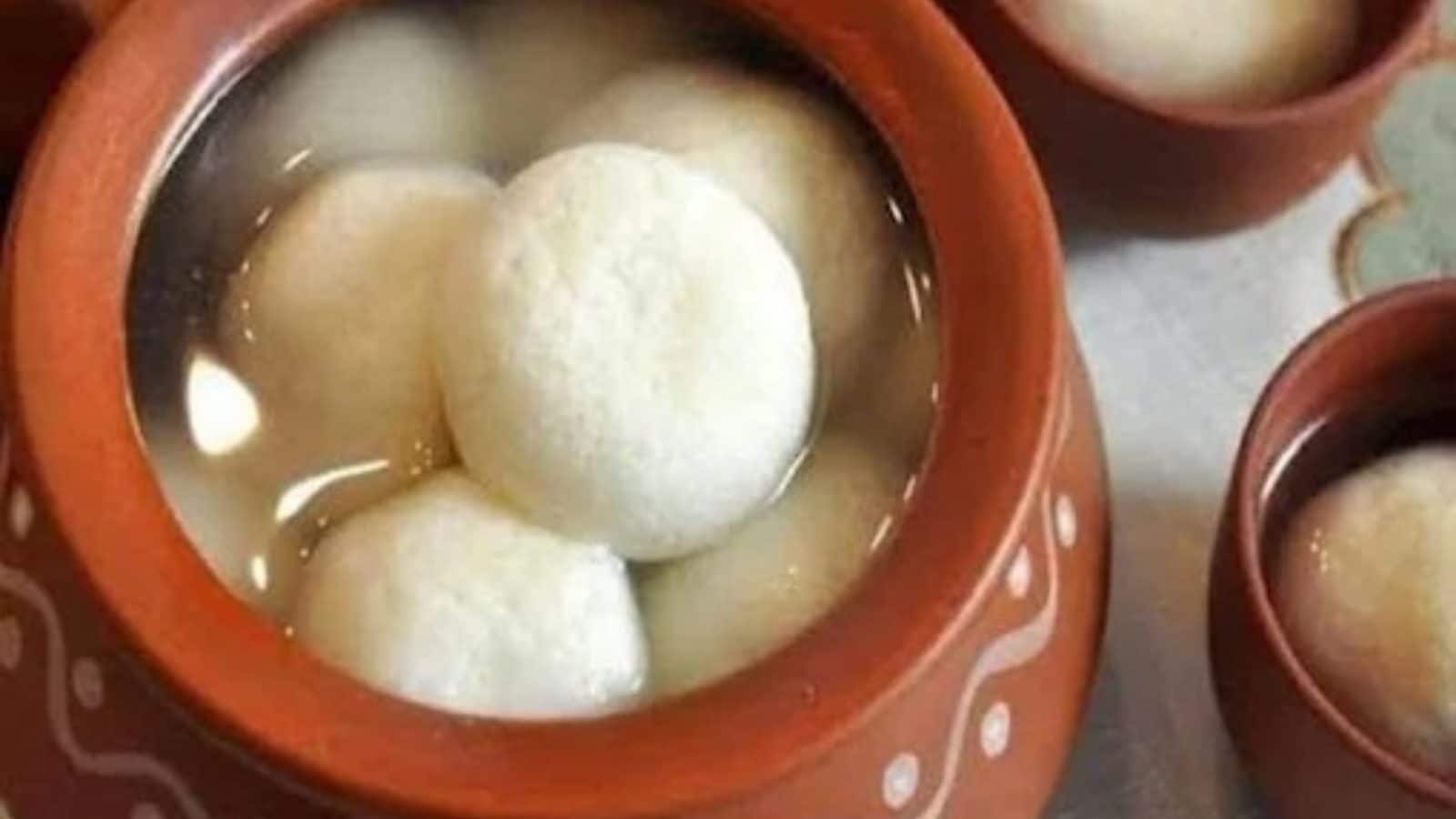 It’s Diwali, and it is not only the festival of lights, but also the festival of sweets. India has had a long and rich tradition of sweets or ‘mithais’, which have a boundless significance in the Indian culture. Of course, we all know that sweets signify happiness, celebration, good omen, and prosperity, and no festival, ceremony or occasion can be complete without Indian sweets. Really, every happy occasion is marked with the distribution of sweets.

Sweets are integral to India, not surprising, since the art of refining sugar was invented right here 8,000 years ago during the Indus Valley Civilisation. We in India make sweets with almost everything. Of course, we make sweets with milk, sugar and ghee, but we also use wheat, fruit, vegetables, roots, dry fruits, even eggs, cheese and meat. Our sweets are cooked, baked, roasted, steamed, boiled, fried and even frozen.

Several years ago, I was exploring the inner lanes of Chandni Chowk in Delhi gorging on hot ‘Jalebi and Rabri’ at Old Delhi’s famous ‘Jalebi Wala’, ghee-laden warm ‘Moong Dal Ka Halwa’ from Churuwala Marwari, Kuremal Mohanlal Kulfiwale’s Pomegranate Kulfi, and Rose and Saffron Kulfi and disgracefully delicious, deep fried paratha’s stuffed with rich milky Rabri and Khurchan at Pundit Gaya Prasad Shiv Charan’s shop. Hold it, “Khurchan” for the uninitiated is the big brother of the ‘Rabri’. It’s made from the cream that rises when a large quantity of milk boils. As it thickens, a thin film of cream appears on top of the milk, the ‘halwai’ takes a thin stick and gently lifts the top layer of the thickened milk and puts it aside. Once again as the milk thickens and more film is formed on top of the vessel, the ‘halwai’ will lay away the creamy layers. This goes on until most of the milk is boiled and a mound of cream is collected. Once this mound sets, he sprinkles in powdered sugar or what is called ‘karara’ over it. I don’t know if I have explained this sufficiently well, but trust me, nothing beats ‘Khurchan’, and if you take this ‘Khurchan’ and stuff it inside a deep ghee fried paratha, it’s a cholesterol bombshell, which is worth the health risk. But I got carried away eulogizing about Chandni Chowk’s roadside sweets. So, as I was saying, I was exploring the inner lanes of Chandni Chowk and I came upon a sweet shop that has since shut down. ‘Ghantewala’ famous for its Sohan Halwa was so old that their forefathers claim to have done the catering of the last Mughal emperor’s son’s wedding in Old Delhi. Such is the history of India and its sweets.

In fact, the oldest documented sweet dish is supposed to be the ‘Malpua’. We know it as the Indian version of the crepe suzette, the better version. The Rig Veda, 3,500 years ago, mentions a sweet dish called ‘Apupa,’ which is described as a flat cake made of barley flour, deep-fried in ghee and dipped in honey. Close enough to today’s Malpua, which is a ‘maida’ pancake, deep-fried in ghee till crisp and then soaked in saffron infused sugar syrup. Some recipes add egg as well.

Which brings me to another Indian sweet that is deep fried and then drowned in sugar syrup as well – ‘Jalebi’. The cookbook Kitab-al-Tabeekh by Muhammad bin Hasan al-Baghdadi says that the ‘Jalebi’ comes from Zalabia, a Persian dish made from fried yeast dough then dipped in a syrup of honey and rose water. Quite close to how we make a ‘Jalebi’ that crisp and juicy, delicate spiral that needs to be eaten when hot. In Indore, they make a giant-sized ‘Jalebi’ and call it ‘Jaleba’ and then there is of course ‘Imarti’, which is a version of the ‘Jalebi’, but different. ‘Imarti’ is flower shaped and made with ‘urad dal’ flour instead of refined flour, and since its history goes back to the Mughals, it is also called a ‘Jangiri’.

Then there is the ‘Petha’ from Agra. I’ve actually gone to see how it was made and was bewildered to learn that this translucent soft candy was made from ash gourd (white pumpkin). Legend says while the Taj Mahal was being made, Shah Jahan ordered his royal kitchens to make a sweet that is as white as the Taj Mahal, and that was when the ‘Petha’ was invented.

The ‘Rasogolla’ is not only the zenith of Bengali ‘mithais’ but is also the genesis of many Bengali sweets. But is it a Bengali sweet or is it Odiya? When you are driving from Kolkata to Puri on one stretch of the highway, at Pahala, you find rows and rows of shops selling sweets. You can find freshly made ‘Chhena Poda’ (a cottage cheese cake with sugar, and ‘suji’, wrapped in the leaves of the Sal tree and baked for several till brown in a log fire) and ‘Chhena Gaja’ (cottage cheese, sugar and semolina, boiled and sometimes fried after boiling, and coated in sugar syrup), and bowls and jars of ‘Rasogollas’ by the hundreds. These proud Odiya confectioners claim that they have been around here in Pahala, making ‘Rasogollas’ for over 100 years. Which brings us to the popular argument “who invented the ‘Rasogollas’?” Many insist the ‘Rasogolla’ is a version of “Kheer Mohan”, which evolved into the Rasogolla by the makers in Pahala. But do I care about a fight between KC Das and the Odiyas? I don’t, I’m just glad the ‘Rasogolla’ exists and along with it variants such as ‘Ras Malai’ and ‘Chom Chom’.

While India has innumerable sweets and ‘mithais’ from ‘Gulab Jamun’, ‘Khaja’, Kheer’, ‘Payasam’, all kinds of ‘Laddoos’, ‘Shrikhand’, ‘Pedas’, ‘Barfis’, ‘Gujiyas’, ‘Balushahi’, ‘Mysore Pak’, ‘Chikki’, ‘Holige’, ‘Anarsas’ and ‘Bebinca’, let me end with a ‘mithai’ that is extraordinary in texture, shape, method and taste — the ‘Ghevar’. Traditionally, Rajasthani Ghevar is popular across most parts of North and West India. It’s a honeycombed shaped disk that needs patience and talent to create. The ‘Ghevar’ batter is made of flour and ghee, which are deep fried in a mould or a pan. The ‘Ghevar’ takes the shape of the mould, and the batter needs to be mixed in cold water and dropped from high up to create a crisp mesh which when crisp is then dipped in sugar syrup. You can decorate the Ghevar with chopped nuts and ‘rabdi’.

Oh I could go on and on about Indian sweets because there are just so many. Each state, region and district makes some variation of their local sweets. Sweets are not only available in shops but they are also available in the streets. We don’t just eat sweets as dessert after a meal, we eat sweets before, during and after meals. We eat sweets for breakfast like Gujarat’s famous ‘Fafda Jalebi’ or sweet ‘sheera’ in Maharashtra. ‘Gajar Ka Halwa’ is often had at tea time, and ‘Besan Laddoos’ throughout the day. That’s why when and Indian says, “Kuch Meetha Ho Jaye”, he means it, right now.

Kunal Vijayakar is a food writer based in Mumbai. He tweets @kunalvijayakar and can be followed on Instagram @kunalvijayakar. His YouTube channel is called Khaane Mein Kya Hai. The views expressed in this article are those of the author and do not represent the stand of this publication.

World Afro Day: 9 of the most iconic Afros

Adele releases new single Easy On Me: Why do we love sad music so much?

For Zareen Khan, ‘denim is always a good idea.’ For us, too

Indians Ready to Socialize During Festivals Despite COVID-19 Fears: Survey

‘In white,’ Mrunal Thakur is a vision to behold

What the fate of ancient cities can teach us about surviving climate change: Unlike surrounding rural areas, ancient cities failed to pivot and become...