The Auction Market Of Artist Derrick Adams Is On The Rise 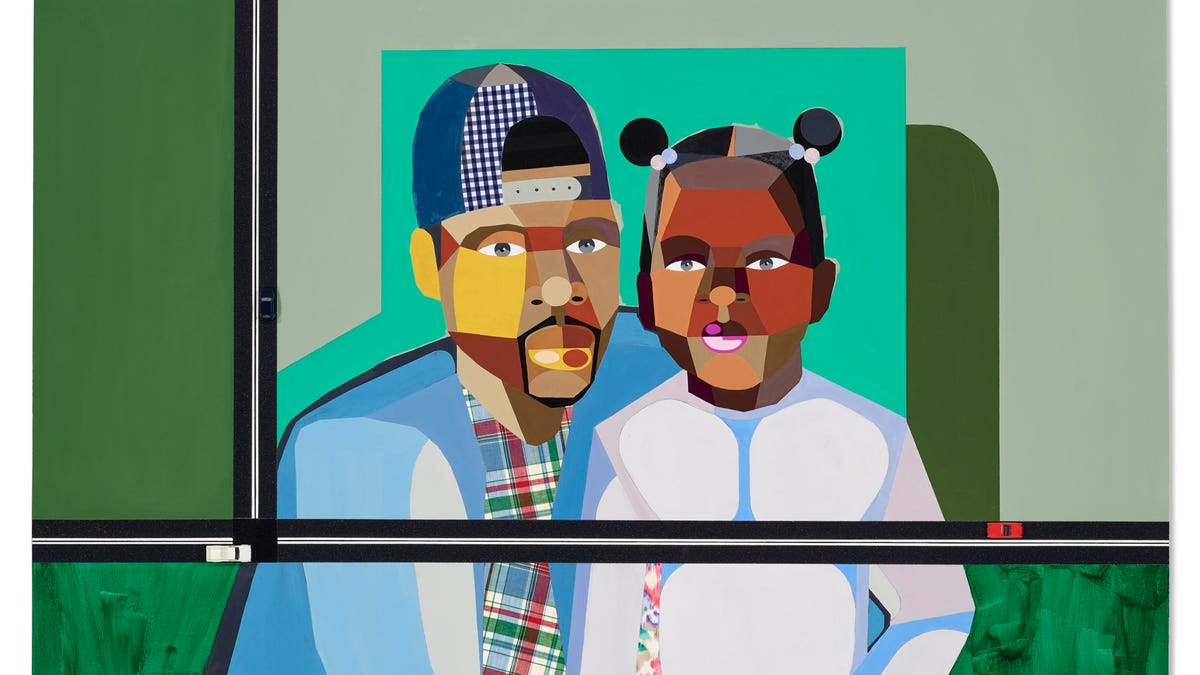 What are your thoughts on the art market for Derrick Adams and how it has evolved over the past few years? When did you start seeing demand for his works and what is driving his growing market?

I remember seeing the Luxembourg & Dayan show in early 2019 and absolutely loving it. The show was titled Interior Life, and Derrick made the wallpaper in addition to the suite of works on paper from his Deconstruction Worker series that were the focus of the show. There was already demand for his work at the time and the entire show was sold out. From there, Derrick went on to have a few more solo exhibitions, his MTA involvement and the mural at Harlem Hospital, as well as institutional recognition in his hometown of Baltimore at City Hall, Hudson River Museum and the Museum of Contemporary Art, Denver. His works are in the collections of The Met, Whitney Museum and The Studio Museum, among many others. This institutional focus and recognition propelled his primary market forward, and now that we have achieved a major record at auction, I firmly believe the secondary market will continue to strengthen as demand increases. I think demand for his work is driven by interest in artists working through identity politics and issues of systemic racism, while Derrick’s use of bright, happy motifs and palettes adds to the esthetic appeal and desirability, setting him apart from his peers.

Was there a specific artwork that saw him make his initial breakthrough?

His Floater series from a few years back is the series that brought him international recognition and acclaim. The idea of a series that depicted Black people lounging on swimming pool inflatables was the way he chose to occupy a different space – to set himself apart from other artists who were also commenting on issues of race and oppression. Derrick wants to bring joy to the forefront of his work, and his use of bright, happy motifs and palettes successfully does so, while still speaking of the issues Black Americans face with regards to racism, oppression and trauma.

What in particular stands out about his works, his approach, process and technique?

The modernist influence and his interest in collage and layering. He is “hybridizing” his sensory experiences. Matisse, Bearden and Lawrence immediately come to mind from a process and technique standpoint. Additionally, the narrative around Black life and culture, highlighting his interest in leisure and its importance, also makes me think of some of Kerry James Marshall’s work. Derrick has struck the perfect balance between imbuing a personal and difficult narrative within the context of joy and leisure. The work in turn helps fill the voids of Black life and culture in our popular visual culture.

Who are the collectors of his works?

His collector base is extremely broad: from established, older American collectors to younger European, Asian and American clients just getting started. This market isn’t driven by speculation. Beyond institutional support, there is a strong international following.

What is significant about Figure in the Urban Landscape 31 achieving $250,000 at auction and what does it mean for the artist?

There have not been many works by Derrick up at auction, and this was the very first large-scale painting on panel to come up. It was evident that demand was strong prior to the Figure in the Urban Landscape 31 result. The works from this series on offer at Art Basel Miami Beach in December 2017 were sold out. That said, this demand was further solidified by Figure in the Urban Landscape 31 tripling the previous auction record by achieving $250,000 in our March Post-War to Present Sale.

Hina Khan’s Dussehra look in pink is making us swoon

Risque fashion: Most naked dresses of all time

These 8 Tips Can Help You Control Your Junk Food Cravings

Young woman, 25, reveals the terrifying moment she was diagnosed with skin cancer

Meet The Former Miss Universe Behind A Carb-Free Canned Cocktail