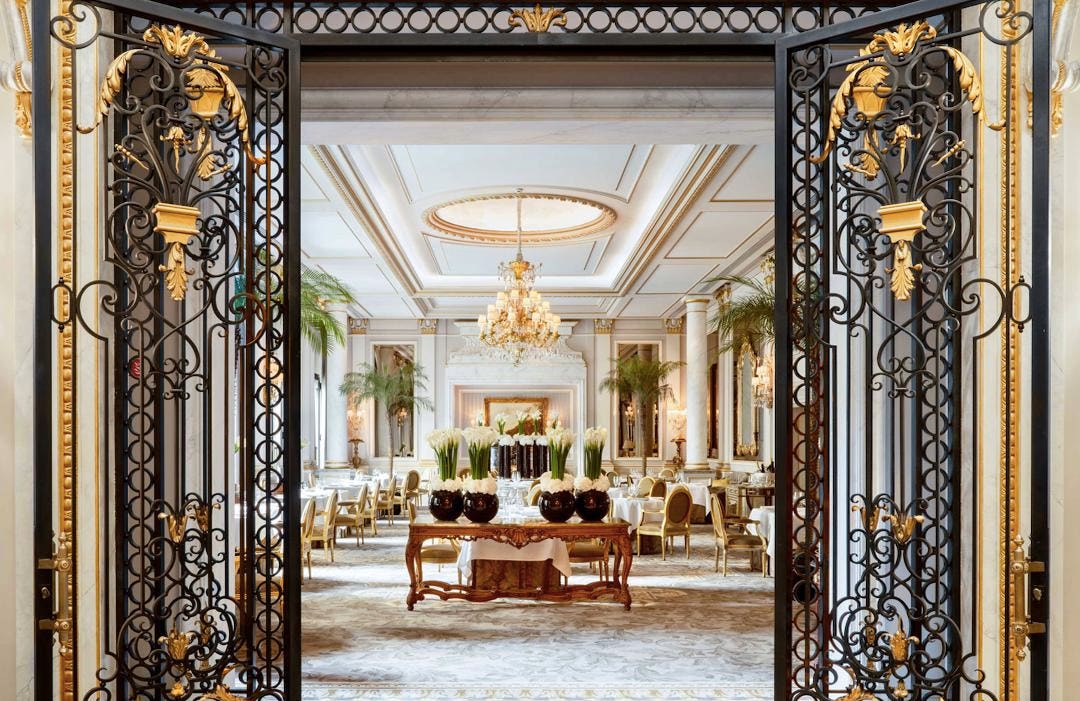 This festive season, the Michelin-starred chefs and sommeliers at Paris’ ultra-glamorous Four Seasons Hotel George V have created a series of masterclasses for those looking to take their food and wine game to the next level. The best part? There are still a few spots available.

When it comes to fine dining, it is hard to imagine a city that could rival Paris. Where better, then, to show off your haute cuisine credentials than here in one of the most iconic culinary destinations in the City of Light?

Two Sundays a month, from now until January 30, 2022, Parisians and visiting gourmands are invited to sign up for a series of cooking classes and wine tasting sessions led by the Michelin-starred chefs and sommeliers of Four Seasons Hotel George V, Paris. Designed to perfect your cooking skills in the run-up to the festive seasons, the masterclasses are suitable for a variety of experience levels, making them the ideal activity for food and wine lovers of all kinds.

Secrets will be revealed

“This behind-the scenes experience will be an occasion to delve into the heart of Le Cinq’s haute cuisine and enjoy a unique culinary journey in a friendly atmosphere,” adds Le Squer.

Apart from providing a once-in-a-lifetime opportunity for food and wine lovers to connect with some of the world’s top Michelin-starred chefs and sommeliers, participants will also receive personalized attention and assistance as they discover some of the signature dishes, desserts and wines that have made Four Seasons Hotel George V a reference point for food lovers the world over.

Last but not least, class members will be invited to enjoy a private lunch with the chefs and sommeliers at Le Cinq, which will be privatized for the occasion.

The following masterclasses are currently available to book:

Can YOU spot what’s odd about this buffet?: ALL of this food is more than 12 months old

Covid US: Florida woman who didn’t want vaccine due to being pregnant is hospitalized with infection

Covid US: More than half of California has to wear masks again as Delta variant wreaks havoc

CVS Health beats on earnings, gets lift from Covid vaccines and prescription volumes

Brace for bitter cold and high pollution this winter