ROKA Is The Prescription Eyewear Brand For Active Lifestyles 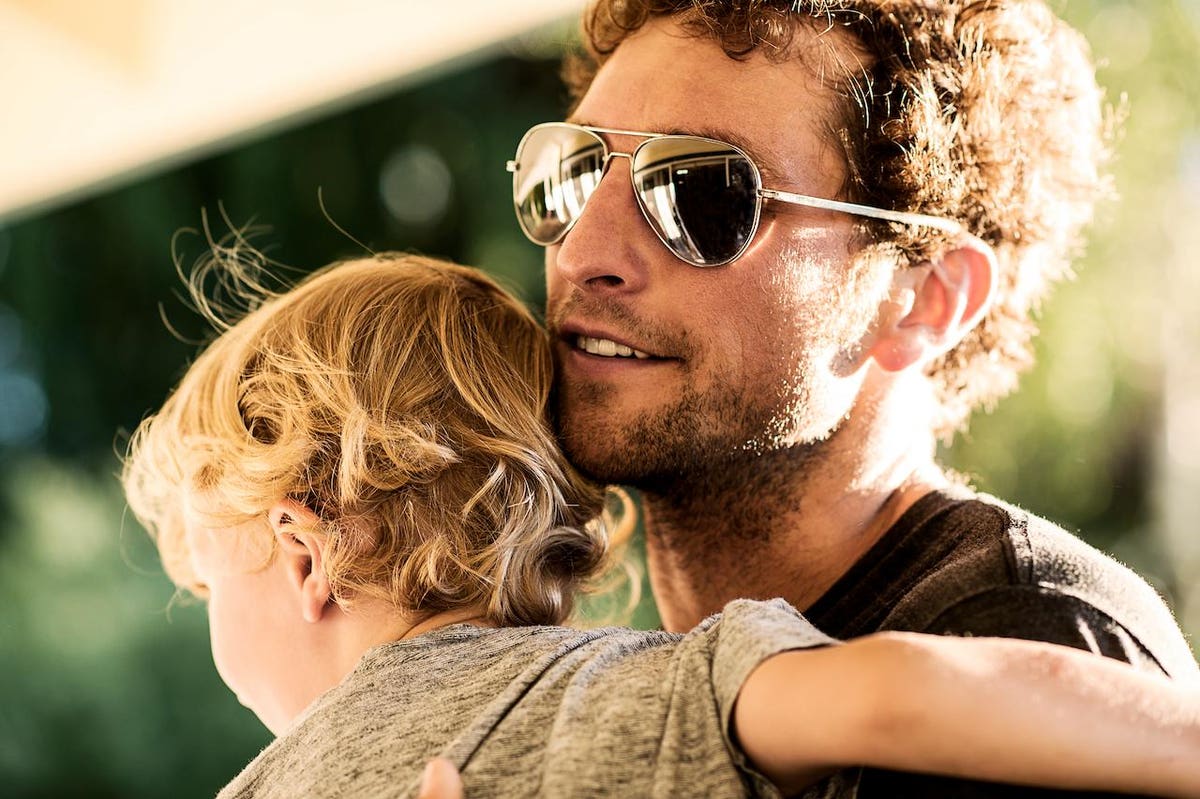 There are two types of people in the world: those under 50 and those over 50. By the time you read this, I’ll have crossed into the latter cohort. And for the final year of my forties, I’ve been dealing with a steady deterioration in visual performance…namely, an inability to see things clearly in close proximity, also know as farsightedness.

This happens with age. But for someone who’s always had perfect vision, it can come as a shock. It starts with small adaptations like holding reading material further from my eyes. And it ultimately leads to prescription glasses. However, if you’re approaching 50 and lead an active lifestyle—if you’re a cyclist, runner, skier, climber, golfer, triathlete—allow me to share my story of visual discovery.

This eyesight deterioration can be so slow that, at first, you get accustomed to a certain amount of blur. You don’t even realize words are blurry until you finally capitulate and buy reading glasses. Of course, you don’t need a prescription for these. I took a guess at 1.5x magnification and bought five pairs of basic reading glasses from Amazon for $15. The first time I put them on, it was revelatory. The words were so crisp and clear. I could spot the difference between serif and sans serif fonts. My eyes could relax. So I stashed a pair of these cheap readers everywhere I could need them: my desk, the kitchen, the car, the workshop, my travel backpack. I only wore them when I needed them and rarely had to carry them around. My kids poked fun of me, of course, saying I looked like an old man. And it certainly wasn’t a good look for Zoom calls.

After a few months of this, I noticed my condition was getting worse. It seemed my eyes were giving up. I became completely dependent on magnification to read my phone and computer screen. At this point, my wife convinced me to get my eyes checked, which led to a prescription for progressive lenses i.e. the bottom portion of the lens is magnified for reading, but the top is not because I still have 20/20 vision. I let my wife pick out the frames. One week and roughly $700 later, I walked out of the optometrist’s office wearing fancy glasses with David Beckham’s name on them.

The lenses were OK, but the frames were a total fail. They just wouldn’t stay on my head. I was constantly pushing them up my nose, especially if I was sweating. I’d bend over while working on a bike, and they’d fly off my face. When I’d go mountain biking, I had to swap out for non-prescription Oakleys or Smiths. Those worked as they always had for distance vision, yet it was increasingly difficult to read my bike computer. Plus, the David Beckhams didn’t work for my computer setup. Since I use two 27-inch monitors, I still had to wear the Amazon readers. In other words, I still looked like an old man on Zoom calls.

I knew there had to be a better way. I assumed someone had solved these problems, and it was just a matter of finding the company.

I’d heard about ROKA eyewear on Lance Armstrong’s “TheMove” podcast during the 2021 Tour de France. We’re about the same age, and he seemed legitimately psyched about the product. When I checked the website, it became immediately clear that I’d found the solution to my problems. As an entrepreneur, though, I wanted to learn more about the ROKA story. So I reached out to co-founders Rob Canales (CEO) and Kurt Spenser (Chief Creative Officer) to better understand how they found so much whitespace in a market that seemingly had none.

Canales and Spenser founded ROKA in a garage in Austin, Texas. As former Stanford All-American swimmers, they were on a mission to redefine the standard for performance design. This was 2013, and the first product they developed was actually a wetsuit. As big as triathlons had become, no one was designing wetsuits specifically for swimming. They were primarily for surfing, diving, and other water sports. They weren’t optimized for efficiency or a swimmer’s range of motion. The ROKA wetsuit was an instant hit. And though this only targeted a niche market, it created a process for how Canales and Spenser would continue to explore, innovate, and solve problems for athletes and the athletically inclined.

The next design challenge they tackled was swimming goggles. Since typical goggles were designed for lane swimming in a pool, the optics favored side-to-side visibility as opposed to seeing out in front of you. But in open water, it’s all about seeing what’s ahead. This led to innovations in tinting and a whole line of goggles for different environments. It also built a bridge from triathlons to the broader eyewear market.

Following an extensive R&D process that examined unmet needs across the running, cycling, swimming, cross training, and fitness categories, Canales and Spenser realized in 2015 that the performance eyewear market had become complacent. It hadn’t kept pace with the evolving needs of athletes and those in pursuit of an active lifestyle—especially those of us approaching life’s half-century mark. What’s more, Warby Parker, the otherwise disruptive direct-to-consumer eyewear play, wasn’t pursuing the performance market.

My personal ROKA journey started with the extensive Progressive section on the company’s website. First, I chose the Barton frame design as the right one for me. ROKA offers a try-at-home program, as well as a virtual tryout program with a ROKA rep via Zoom call, but I knew enough about my preferred style and face shape to make this a quick decision.

Choosing a frame style and color is actually the easy part. Next, you have to select from three types of progressive lenses—standard, ultimate and computer specific—and three lens materials—polycarbonate, trivex and high index—and three colors—clear, photochromic and blue light protection. There’s a range of different benefits for each choice, which are thoroughly explained on the website. Finally, you upload your prescription and place your order.

This process might seem overwhelming, but it’s really about offering different features, technologies and price points. For example, the Barton can range from $195 to almost $700 with all of the premium upgrades. Again, the virtual tryout program can be very helpful in navigating ROKA’s universe of high-performance prescription eyewear options.

Initially, I ordered two sets of pretty standard progressive Bartons: one set of clear and one pair of sunglasses. I immediately realized, though, that I couldn’t use the progressive lenses at my computer, so I was back to the Amazon readers. This meant I had at least three sets of glasses to manage for my day-to-day, and potentially some other alt-brand performance types for cycling. So for my next two sets of Bartons, I chose one set with photochromic lenses and another set with fixed magnification lenses and blue light protection exclusively for computer use. This turned out to be everything I needed.

ROKA has developed its own, proprietary photochromic technology, which darkens the lens in sunny conditions. It turns clear lenses into sunglasses and vice versa. The first time this happened, the transition was so seamless that I didn’t notice it until I took a selfie. Whoa! The clear lenses were completely dark. They can take a second to go clear when you go back inside, so that’s where the transition is noticeable. But the range from crystal clear to dark is very impressive. In fact, I also find the visual clarity of the photochromic lens to be superior to the standard clear lens.

One of the key features for all ROKA glasses is the Hydrophilic GEKO™ grip on the temples and nosepads. If you’ve worn high-performance eyewear for cycling and so forth, you’re familiar with this feature. They literally stick to your face. But ROKA has developed its own tech, and it works flawlessly. It’s one of those features that makes you wonder why every glasses frame, no matter what its intent, doesn’t have it.

The biggest benefit for me, personally, is that the Barton frame with photochromic lenses is now my do-everything eyewear. I transition seamlessly from driving to road riding and mountain biking—in sunny or overcast conditions—to wrenching on bikes and going out to dinner. I even wear them on my indoor trainer. I no longer need separate pairs of high-performance shades for cycling, though I’ll occasionally wear the Matador if I want a shield design with more coverage. And when I ski or snowboard, I stash the Bartons in the chest pocket of my jacket when wearing non-prescription goggles and easily access them when needed.

Of course, I still have to swap out for the Barton computer glasses in my office, and I’ve already gotten compliments from colleagues on the other end of my Zoom calls. Because I may have crossed the 50-year-old threshold, but I certainly don’t need to advertise it.

From Reducing Hair Fall to Keeping Anaemia At Bay, Here are Health Benefits of Black Raisins

What does your fingerprint say about your personality – Times of India

Michelin-trained chef, 27, who was made redundant in lockdown reveals how launching

‘Doomscrolling’ and ‘affirmations’ among most-searched terms on Google this year

The Auction Market Of Artist Derrick Adams Is On The Rise

Valentine’s Day Gift Guide: The Most Pampering Experiences For Travelers

Decoding the delicacies of Dussehra