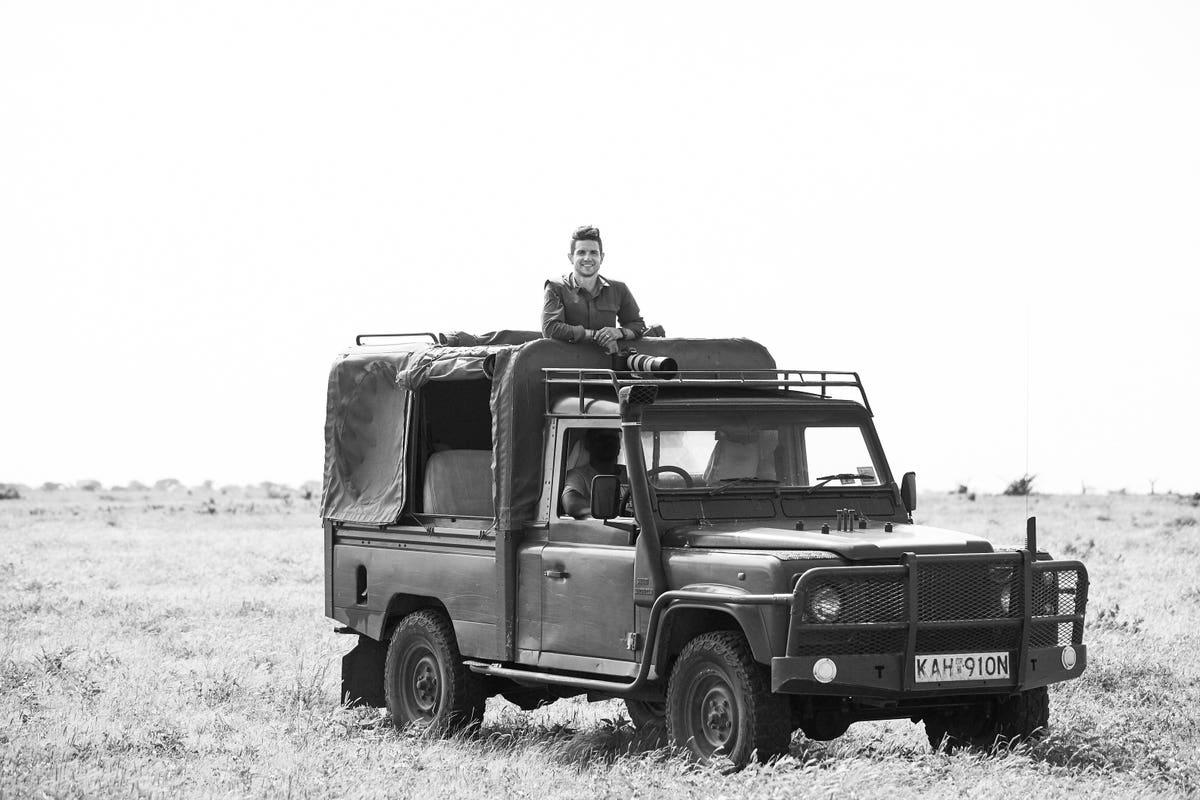 Through each of his photographic collections, Doggett shares stories of cultures, communities and wildlife, which are taken through a fashion-inspired lens having started his career in the fashion world before dedicating his work to documenting expeditions.

“I began my career in New York, assisting some really successful fashion photographers—the likes of Annie Leibovitz, Mark Seliger and Steven Klein—for about six years. That was really my primary photography education. It taught me about cracking the narrative of a story and researching your subjects before going ahead and shooting and executing your vision, as well as the more technical expertize that’s required to create iconic imagery that will stand the test of time.”

“In 2009, I took time off from the fashion industry to go on a solo expedition to the Himalayas. It was on that journey that we experienced an unexpected snow storm and were trapped in a village right on the border of Tibet with avalanches coning around us. It was during those four days of trying to get out and failing that I had a kind of epiphany and decided that I wanted to leave fashion behind to focus on telling the stories of cultures, wildlife and places, often that are on the verge of disappearance.”

“I made a promise to myself to pursue a fine art photography trajectory and from that point forward I began doing exactly that – documenting cultures and locations.”

To this day, this fashion lens informs the way he approaches his subjects. “Fashion has influenced the way I see the world. I focus on the textures, forms and shapes, on the negative space and minimalism. I apply those principles to the subject matter in a black and white palette that carries through that fashion-based aesthetic.”

The photographer has now received over 100 awards and honors for his images. His work can be found in public collections across the world, including within the Smithsonian African Art Museum (DC) and the Mariners’ Museum (VA).

For his new Exceptional Creatures series, Doggett highlights the animals inhabiting some of the wildest environments in East Africa.

“Mother Nature has pushed these animals really far and they’re thriving in these really inhospitable environments. It’s an ode to all that’s wild and free, highlighting commonalities, between us and them, like the bond of parenthood.”

“I have a great appreciation through my work for the last remaining wild expanses and these exceptional creatures are those animals that are still roaming these environments. Being able to photograph them in the wild helps to place an importance on the need to protect not only these animals but also the environments in which they exist.”

The 28-image series takes the viewer from the Maasai Mara and Solio Ranch in Kenya to the forested slopes of the Virunga Mountains in Rwanda, with lions, cheetah, zebra, rhinos and mountain gorillas among his compelling subjects.

“There’s perhaps no other animal that conjures up such bright imaginings of the wild territories of Kenya more than the lion. They radiate energy, from the rhythm of their footsteps and expression of power to the grace in their movements. For years, I’ve imagined photographing a lion walking towards the camera. I took the Encounter image in the early morning just as the sky was starting to glow.”

“The image titled Family Affair captures three generations of lions together. The lions were all poised on this mound in a way that almost resembles a family portrait, giving us that sense of shared commonality.”

“Dash shows one of the scenes I stumbled upon after looking for three days for the mother and her two cheetah cubs. The resulting image is an example of the fact that if you wait, the dynamic of life will unfold before you. I love it because of the proximity in which you get to experience these animals running flat out. It required a really low angle to capture their speed.”

“This photograph titled As One is an image I’d had in my mind’s eye for some time. Zebras’ stripes are by far one of the most stunning natural patterns out there which is in part what makes capturing an image of them that’s minimal and balanced very difficult. Getting these zebras in perfect harmony is something that had made this image one of my favorites.”

“On the Rwanda portion of the expedition, I trekked deep into the forested mountains to photograph the Sabyinyo and Susa gorilla families. You’re walking through this thick forest and then you come face to face with an animal that bears a resemblance to you but is also vastly different in other ways. You can see the fashion nod as well in this picture titled Noir.”

“This picture of a silverback with a young gorilla peering out from behind him is symbolic of the power these dominant males have over everything around them, as well as representing the universal bond that’s shared between creatures and their offspring. This image represents that feeling of safety and companionship in the presence of your elders, so I’ve called it Bloodline.”

“Solio Ranch is a really unique rhino sanctuary in Kenya’s Central Province home to both black and white rhinos. For me, there are only a few animals on earth that feel like time has forgotten about them. I wanted to celebrate the beauty and document them in a way that does just justice that. The image titled At Her Side shows the bond between mother and offspring. I feel it’s these relatable moments that draw you closer to the natural world.”

Drew Doggett’s Exceptional Creatures series officially launches on 01 November 2021. See more of the photographer’s work at drewdoggett.com and look out for additions to this new collection going forward. The photographer is set to embark on an expedition to photograph Svalbard’s polar bears and go in search of tigers in India.

Alia Bhatt in red embroidered lehenga turns into a traditional bride, we love her royal look

6 signs you need a digital detox, as Rylan Clark-Neal returns to Twitter

Greggs to open new drive-thru bakeries around the UK

Low-cost medicine effective in treating high blood pressure for some