WHO official says Covid is ‘nowhere near’ becoming endemic 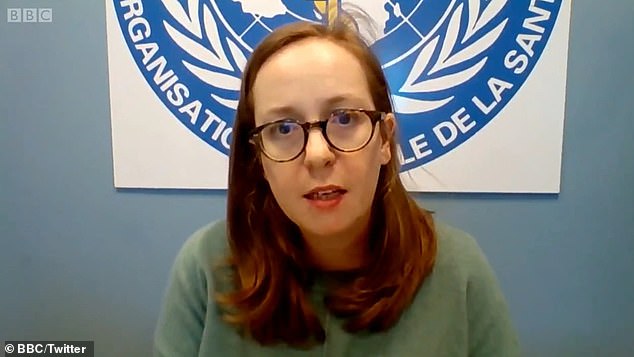 The COVID-19 pandemic is ‘still a way off’ from endemicity, World Health Organization (WHO) scientist Dr Catherine Smallwood said at a news conference on Tuesday.

Smallwood cited uncertainty coming into 2022 and the coronavirus‘ ability to evolve quickly as major reasons for the world being far off from Covid circulating through the world at broadly acceptable levels.

The world reported a record 9.5 million new Covid cases last week – and 1.4 million cases were reported in the U.S. on Monday alone, with outbreaks driven by the Omicron variant.

Despite the current uncertainty, Pfizer and other vaccine companies are preparing for the virus to become endemic. Pfizer’s CEO said Monday that he expects Americans to soon have ‘perfectly normal lives’ with regular vaccinations.

‘Endemic’ is an epidemiology term, referring to a situation in which an infectious disease is controlled at a level that the population considers acceptable.

The disease may still be circulating broadly through a population, but it’s doing so in a way that public health experts can easily understand and respond to.

‘What level is ‘acceptable’ differs from place to place, over time & between diseases, and it may not always be explicit,’ wrote Dr Ellie Murray, epidemiologist at Boston University, in a Twitter thread discussing Covid endemicity.

‘But when a disease is endemic, there is a threshold!’ she said.

This ‘threshold’ is a number of infections that society considers manageable without requiring a public health emergency.

For highly harmful diseases, like polio, this threshold is a pretty low number of cases. But for other diseases that pose less danger to people, the threshold can be higher.

‘Up to 80 percent of US adults are infected by the virus that causes cold sores (aka oral herpes)!’ Murray said.

‘But public health takes *nearly* no action, except to protect infants.’

Vaccines and treatments for Covid may mean that, in the coming months, severe symptoms associated with the disease will become very rare – so high numbers of people could get infected while the disease is in endemic status.

Public health leaders in the U.S. and other countries will need to identify a threshold – likely a combination of case numbers, vaccinations, and other metrics – that constitutes endemicity for Covid.

But as of early January, Covid is pretty far off from shifting to endemic status, a WHO scientist said on Tuesday.

Dr Catherine Smallwood is a senior emergency officer and incident manager for Covid at the WHO’s Health Emergencies Programme.

She said Covid is ‘still a way off’ from endemicity at a virtual WHO Europe press conference, CNN reported.

‘What we’re seeing at the moment coming into 2022 is nowhere near that [endemic status],’ Smallwood said.

‘So we’re certainly not at the point of being able to call it endemic,’ she said. 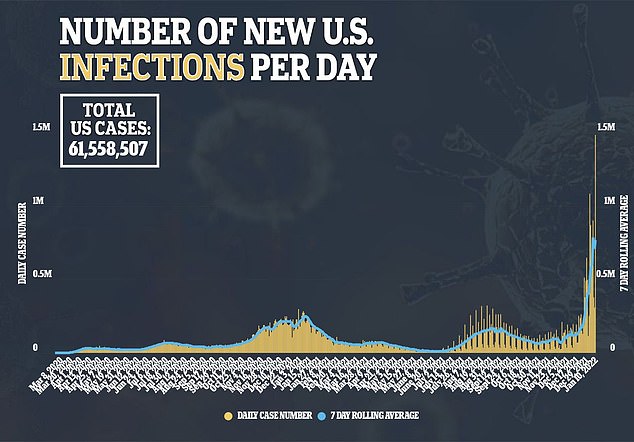 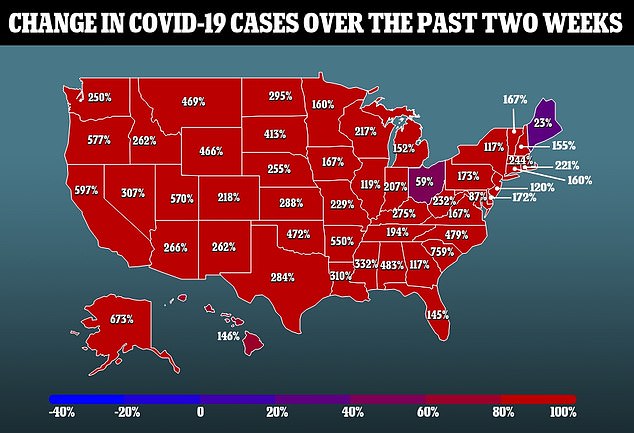 The Omicron variant is a key example of this uncertainty and evolution.

Before it was identified in late November, many virology experts predicted that the next big variant would evolve out of Delta – which dominated the U.S. and the world for most of 2021.

Omicron seemed to emerge out of nowhere, prompting suggestions that it may have come from a long infection in an immunocompromised person, or even from an animal host.

The variant has driven Covid cases to record levels both in the U.S. and globally.

The world reported 9.5 million new cases in the week ending January 6, according to the WHO – a 71 percent increase from the previous week.

Even so, the WHO believes this number is an underestimate, due to delayed testing results over the New Years holiday.

‘The tsunami of cases is so huge and quick that it is overwhelming health systems around the world,’ WHO Director-General Tedros Adhanom Ghebreyesus said at a recent news briefing.

Millions of those 9.5 million cases were reported in the U.S. alone.

The country broke records on January 3 when it reported over one million new cases – then smashed that record one week later, reporting over 1.4 million cases on Monday.

‘[Covid] may become endemic in due course, but pinning that down to 2022 is a little bit difficult at this stage,’ Smallwood said.

‘All of this of course depends on how we respond to it and widespread vaccination uptake on an equitable basis will be very, very key in moving towards such a scenario,’ she added. 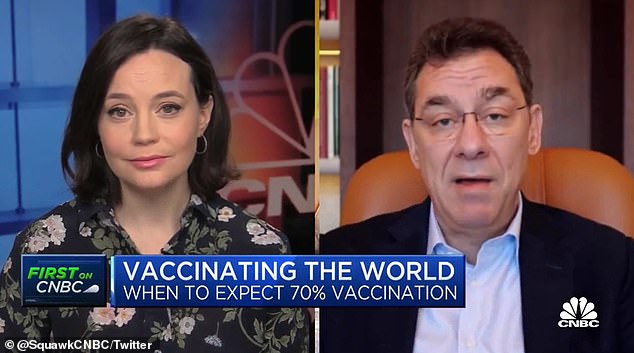 Pfizer CEO Albert Bourla expects the coronavirus to continue circulating for years – but it can be controlled with regular vaccines, he said on CNBC

The WHO has previously called for the U.S. and other rich nations to avoid giving out booster shots in order to prioritize first and second doses for the rest of the world.

Still, pharmaceutical companies are preparing for endemicity in the U.S., anticipating that future vaccine doses will be needed to achieve this status.

Pfizer CEO Albert Bourla said he expects the coronavirus to continue circulating wildly for up to ten years, speaking on CNBC’s Squawk Box on Monday.

‘But we can have it perfectly controlled,’ he said, thanks to vaccines and therapeutics that are adjusted as the virus mutates.

‘We will have perfectly normal lives, with just injection maybe once a year.’ Bourla said.

‘And the pill, that in case we are sick, will help us make [Covid] like the flu rather than a life-threatening disease.’

Author Adele Parks on yoga, walking and why she hasn’t completely cracked switching off

Coronavirus Third Wave: How to spot a Delta COVID infection (and ways to stay safe)

Why are new mums not offered physical and psychological treatment on the NHS?

Tips to reduce jealousy between siblings

The Best Holiday Movie Is the One You Want to Watch