Next generation of Covid vaccines should target different part of virus, study says 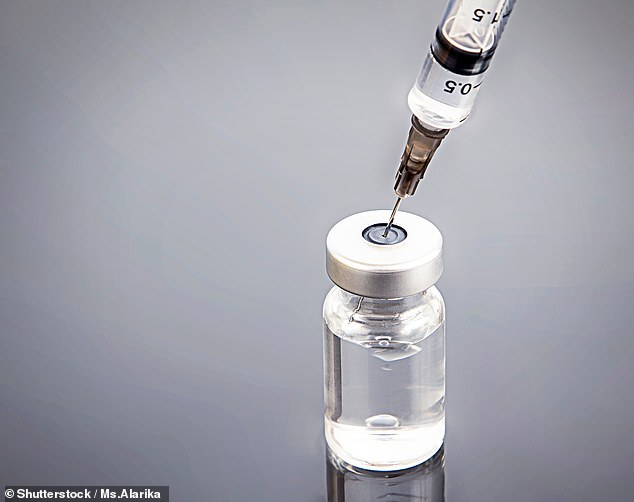 Future Covid vaccines should be designed to target a different part of the virus so that they are variant-proof, researchers ruled today.

Current jabs — like Pfizer’s and AstraZeneca’s — have been developed to recognise the pathogen’s spike protein, which it uses to latch onto human cells.

They are being made weaker with each new strain because lots of mutation occurs on the spike, making it harder for jabbed people’s bodies to recognise the virus.

Experts say future vaccines should hone in on certain proteins within Covid’s structural body, which it uses to replicate. These mutate much more rarely.

Scientists also claimed past exposure to seasonal coronaviruses, like the ones that cause common colds, also help people fight off Covid.

The findings are from a study of more than more than 700 healthcare workers who were swabbed weekly for four months.

A tenth of volunteers who regularly tested negative had T cells that worked against Covid’s replication proteins, part of the virus’s internal machinery.

Academics believe honing in on certain proteins the pathogen uses to replicate in the next generation of vaccines could even thwart other coronaviruses. The same approach may even eliminate SARS-Cov-2 before it takes hold, making jabs even more effective

Real-world evidence shows the current crop of Covid vaccines are extremely  effective at preventing people from getting severely ill and dying — offering around 90 per cent protection.

They are significantly less effective at stopping people from getting infected, even though the efficacy is around 60 per cent.

Sajid Javid today defended the Government’s ‘perfectly reasonable’ compulsory Covid jab policy for all frontline NHS staff, despite official estimates showing it may only convince one in six unvaccinated workers to come forward.

The Health Secretary’s defense came as Government projections showed the ‘no jab no job’ policy would only convince 20,000 of the 120,000 unvaccinated NHS staff to get the Covid vaccine and push 70,000 to leave sector.

Health unions have warned that the policy threatens to do more harm than good by exacerbating crippling staff shortages in the NHS which currently has 100,000 vacancies.

But the Health Secretary told Radio 4 this morning it was NHS staff’s ‘duty’ to get the jab in order to protect patients.

‘This is all about patient safety, we know vaccines work, we know that they reduce the risk of you being infected, so it reduces the spread of an infection,’ he said.

‘People whether they are in care homes or a hospital bed, they are particularly vulnerable to this virus, it could be fatal.

‘It is our duty to everything we can to protect them.’

In another interview this morning Mr Javid went as far as to say if the Government hadn’t taken this step many people would have questioned why:  ‘I think you’d have me on the show saying “why didn’t you do anything about it?”,’ he said.

He also told Sky News that the Government’s demand that NHS workers get the Covid jab was ‘perfectly reasonable’.

Targeting the protein that Covid uses to spread through the body, which is found in every coronavirus, could make the next generation of vaccines even better at preventing transmission, scientists say.

The study, carried out by doctors from St Bartholomew’s Hospital, was conducted during the first wave of the pandemic last spring.

Regular PCR and antibody testing over the first four months revealed almost four-fifths of workers never had any trace of the virus.

Researchers wanted to find out whether this group ever came into contact with the virus, or whether they had endured an ‘abortive infection’ — when their cells become infected with a virus but do not replicate.

Blood samples from the 573 participants who did not test positive revealed around one in 10 had more of a certain kind of T cell (CD4+ and CD8+).

The T cells spot the virus once inside the body, target Covid’s replication proteins and then help to clear the infection.

The proteins form part of a mechanism called the replication transcription complex (RTC). They are the first sign of infection that the T cells can sport.

So rather than the NHS workers avoiding infection completely, they experienced a low-level abortive infection, which was not picked up by tests, the experts said.

Analysis showed the body also makes these T cells in response to other members of the coronavirus family — such as those that cause common colds every year — because they have a near-identical replication system.

This is because replication plays such an important role in the virus life cycle, so it is less able to mutate.

Lead author Dr Leo Swadling said: ‘Previous common cold exposure may have given these individuals a head start against the virus, tipping the balance in favour of their immune system eliminating the virus before it could start to replicate.’

But millions are infected with the common cold every year, but 9.3million Britons have tested positive since the start of the pandemic and over 140,000 Covid deaths have been recorded, suggesting that it is not enough protection to keep the virus at bay.

But the researchers, whose findings were published in the journal Nature, believe a vaccine targeting the RTC would work against all other coronaviruses.

No vaccines targeting the replication protein are currently in development. 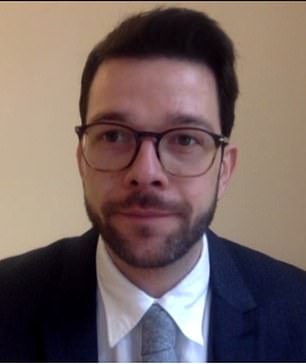 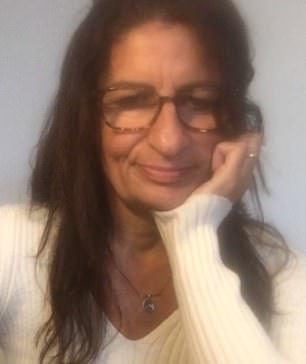 Lead author Dr Leo Swadling (left) said: ‘Previous common cold exposure may have given these individuals a head start against the virus, tipping the balance in favour of their immune system eliminating the virus before it could start to replicate.’ And Professor Mala Maini, a viral immunologist at UCL and senior study author, said the existing Covid vaccines are valuable, but ‘could do better’ at protecting against infection and new variants, as well as offering longer-lasting protection

Dr Swadling said he hopes the findings will trigger other vaccine makers to look specifically at RtC.

He said the T cell response is longer-lasting than an antibody response, so next generation vaccines could provide more durable protection — ‘potentially blocking infection and transmission’.

‘These proteins – required for the earliest stage of the virus’s life cycle, as soon as it enters a cell – are common to all coronaviruses and remain ‘highly conserved’, so are unlikely to change or mutate.

‘A vaccine that can induce T cells to recognise and target infected cells expressing these proteins, essential to the virus’s success, would be more effective at eliminating early Sars-CoV-2, and may have the added benefit that they also recognise other coronaviruses that currently infect humans or that could in the future.

‘T cells recognising the virus’s replication machinery would provide an additional layer of protection to that provided by the spike-focused immunity that is generated by the already highly efficacious current vaccines.

‘This dual-action vaccine would provide more flexibility against mutations, and because T cells can be incredibly long-lived, could also provide longer-lasting immunity.

‘By expanding pre-existing T cells, such vaccines could help to stop the virus in its tracks at a very early stage.’

Dr Alexander Edwards, an associate professor in Biomedical Technology at the University of Reading who was not involved in the study, said T cells ‘can “sniff out” coronavirus proteins even when buried within the virus particle, in contrast to antibodies that “grab hold” of shapes on the surface’.

He said: ‘Insights from this study could be critical in design of a different type of vaccine.’

But their ‘tight focus’ on the spike protein — which vary between coronaviruses — means they only protect against one type of the virus, he said.

‘A vaccine that primes T cell immunity against different viral protein targets that are shared between many different coronaviruses would complement our spike vaccines that induce neutralising antibodies,’ Dr Edwards added.

Back to school and work snacks to encourage healthy eating

I am a living example of the wonderful American Dream: Indra Nooyi – Times of India

PHOTOS: Malaika Arora looks fit and glam in all-black crop top and shorts at the gym

Why 30s can be the best years in your life

The Stir-up Sunday recipes to perfect your Christmas pudding now

Bipasha Basu’s neon love at Maldives, in kaftan and poncho, is too hot to handle

Patrick Bamford: ‘Son of a billionaire’ who turned down Harvard to play for England

Bipasha Basu’s neon love at Maldives, in kaftan and poncho, is too hot to handle