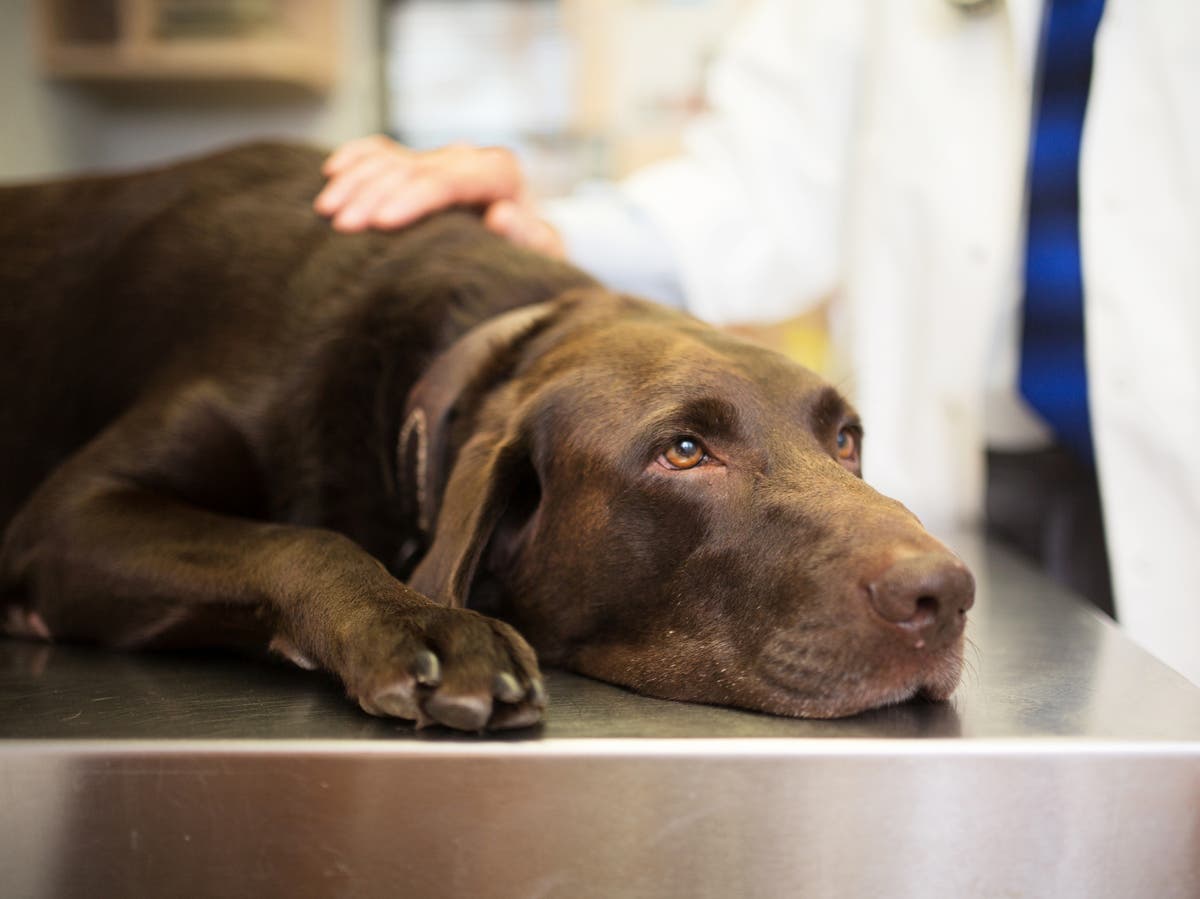 The UK has confirmed its first case of a pet dog catching Covid-19 from its owner, the Chief Veterinary Officer has said.

The dog is now recovering at home following tests at the Animal and Plant Health Agency (APHA) laboratory in Weybridge.

Christine Middlemiss said that the tests confirmed that the virus responsible for Covid-19 had been detected in the pooch, who was undergoing treatment for another unrelated condition.

While this is the first case of its kind in the UK, cases of owners spreading the virus to their pet cats or dogs have been documented previously.

In Italy, an eight-year-old cat was diagnosed with the Alpha variant of Covid-19 in March, while in Texas, researchers found the same variant in a cat and a dog from the same home in the state’s Brazos County.

Researchers said earlier this year that a “substantial proportion” of pet cats and dogs may catch Covid-19 from their owners, after testing swabs and blood samples from 154 cats and 156 dogs belonging to people who had tested positive for the virus.

The study found that six cats and seven dogs (4.2 per cent) had positive PCR tests, and 31 cats and 23 dogs (17.4 per cent) tested positive for antibodies. Overall, 20.4 per cent of pets tested showed antibodies for the virus.

According to guidance from APHA and the Department for Environment, Food and Rural Affairs (Defra), other animals that can catch the virus that causes Covid-19 include big cats in captivity, ferrets, fruit bats, mink, non-human primates, pangolins, raccoon dogs, rodents, white-tailed deer, and pigs.

The Chief Veterinary Officer said there is no evidence to suggest that pets or other domestic animals are able to transmit coronavirus to people.

Middlemiss said: “It is very rare for dogs to be infected and they will usually only show mild clinical signs and recover within a few days.

“There is no clear evidence to suggest that pets directly transmit the virus to humans. We will continue to monitor this situation closely and will update our guidance to pet owners should the situation change.”

The UK Health Security Agency (UKHSA) is advising people to wash their hands regularly, including before and after contact with animals, to avoid spreading Covid-19.

APHA and Defra’s guidance says people who are concerned about their pets because the pet has respiratory or digestive problems and a fever should contact their vet, who can decide if it needs to be tested for the virus.

Dr Katherine Russell, consultant medical epidemiologist at UKHSA, added: “Covid-19 is predominantly spread from person to person but in some situations the virus can spread from people to animals.”

How to program DNA robots to poke and prod cell membranes

Dear Fiona: Should I get back with my baby’s dad, or stay with my new partner?

7 signs you need to prioritise your mental health over work

Covid UK: Cases at highest level for a MONTH as deaths increase by a fifth to 113

Kangana Ranaut to Ranbir Kapoor, Bollywood actors who put on weight for roles

Pictured: The eye-opening design for a mini city in the sky in Toronto