The number of COVID-19 cases is continuing to rise across the United States as the fourth wave of the pandemic rages on, but there are signs the increase may be slowing.

On Sunday, officials recorded 38,482 new cases of the virus with a seven-day rolling average of 130,221, data from Johns Hopkins University show.

This represents a 150 percent from the average of 52,116 reported three weeks ago and is the highest figure seen since February 2, according to a DailyMail.com analysis.

Although that is a large jump, it’s smaller than the increase seen last Sunday, when it was reported that infections had risen by 240 percent over a three-week period.

Deaths are also on the rise, despite levels remaining far below those seen pre-vaccination.

There were 382 virus-related fatalities recorded on Sunday with a seven-day rolling average of 644, which is a 129 percent increase from the average of 281 reported three weeks prior and the highest number seen since May 30.

However, about half as many deaths are being recorded as were during November 2020, the last time that COVID-19 cases were trending upward.

The surge in the U.S. has been blamed on the spread of the Indian ‘Delta’ variant, particularly in areas with low vaccination rates.

Dr Scott Gottlieb, the former head of the U.S. Food and Drug Administration (FDA) told CNBC that he believes once the current wave of cases dies down that Covid will become an ‘endemic’ virus in the U.S. 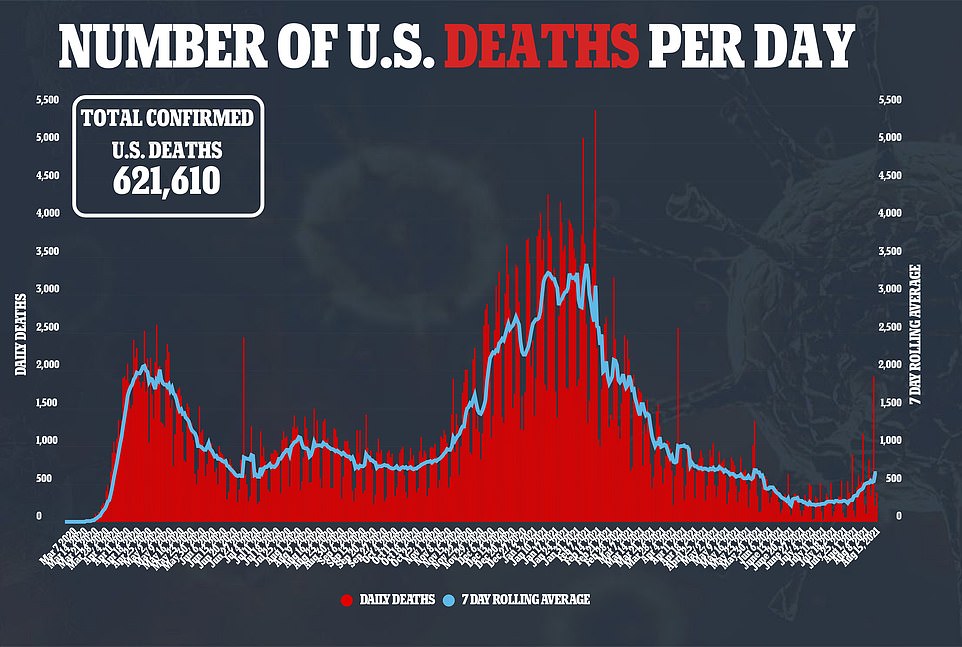 Deaths have risen with 382 virus-related fatalities recorded on Sunday and a seven-day rolling average of 644, a 129% increase from the average of 281 reported 21 days prior 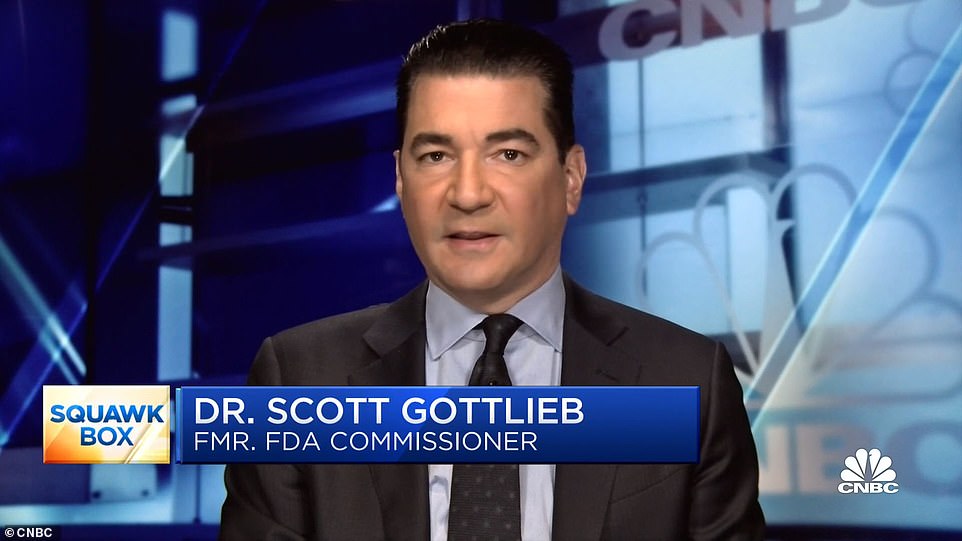 Dr Scott Gottlieb, former head of the FDA said he believes once the current wave of cases driven by the Indian ‘Delta’ variant dies down that Covid will become an ‘endemic’ virus in the U.S.

‘We’re transitioning from this being a pandemic to being more of an endemic virus, at least here in the United States and probably other Western markets,’ Gottlieb said on CNBC’s Squawk Box.

An endemic disease is one that is always present in the population but circulating at low rates.

‘It’s not a binary point in time, but I think after we get through this Delta wave, this is going to become more of an endemic illness where you just see sort of a persistent infection through the winter…but not at the levels that we’re experiencing certainly right now, and it’s not necessarily dependent upon the booster shots,’ Gottlieb continued.

Gottlieb said he expects the current wave caused by the variant is likely to last through fall 2021 before seeing cases trend downward.

‘You’re going to see the Delta wave course through probably between late September through October,’ he told CNBC. 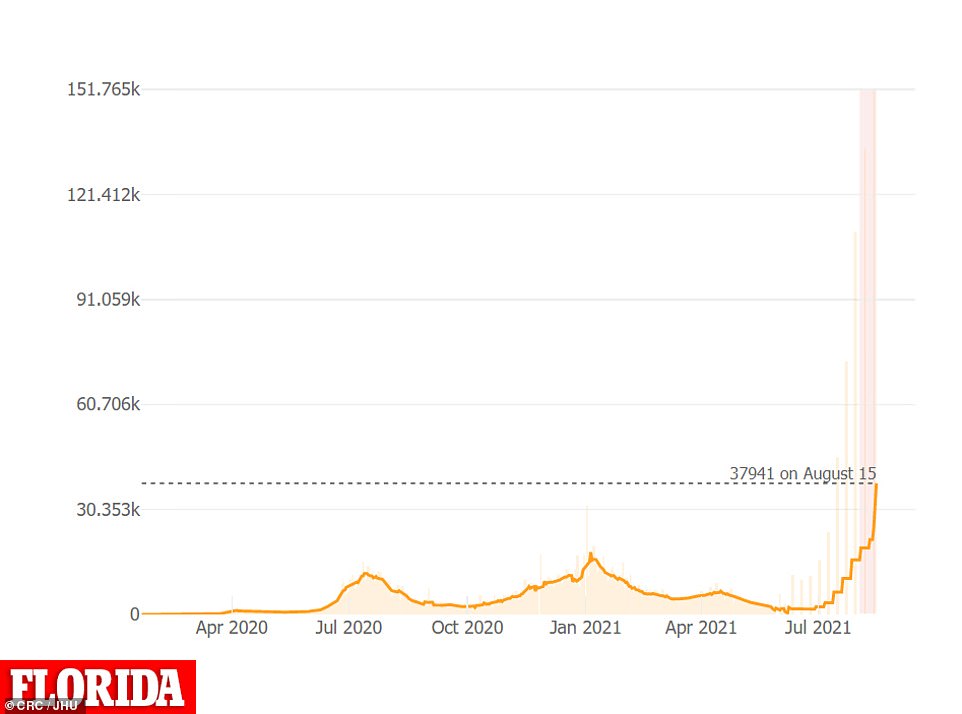 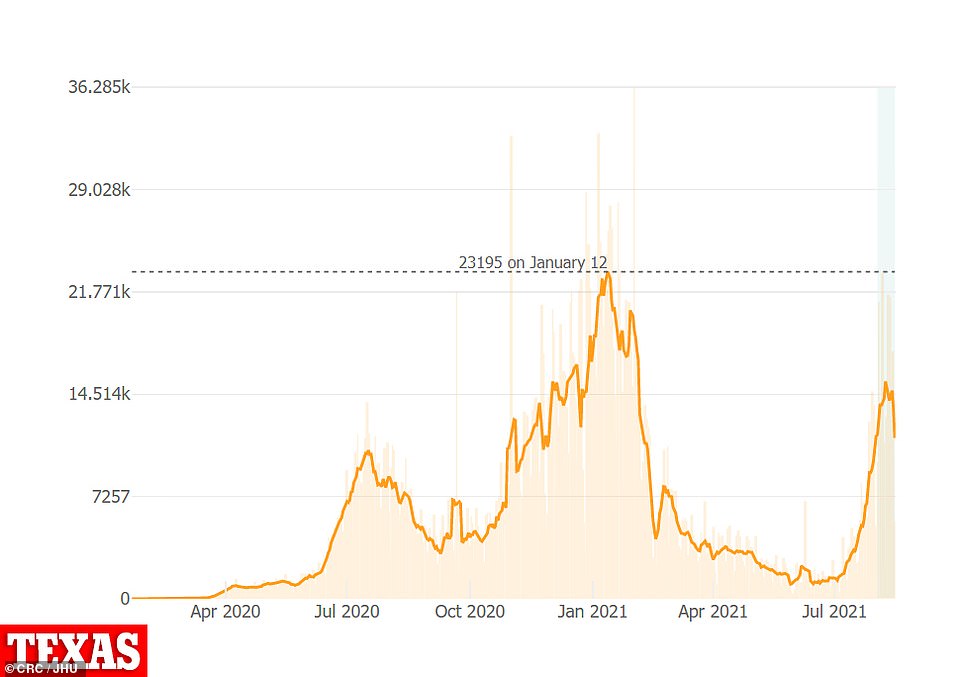 Over the last two weeks, Florida’s seven-day rolling average of new Covid cases has risen 139 percent from 15,817 per day to 37,941, which is the highest ever recorded.

There are currently 15,441 patients hospitalized with confirmed or suspected cases of COVID-19, according to data from Department of Health and Human Services (HHS), another record-high for the state.

In Florida, virus cases have filled so many hospital beds that several hospitals say they have run out of room.

Hospitals are converting conference rooms, cafeterias and ambulatory centers into Covid wards to deal with the surge in patients.

‘Between increasing numbers of COVID patients and unusually high patient volume of extremely ill non-COVID patients, our hospitals are working to maximize their available staff and beds,’ Mary Mayhew, president and CEO of the Florida Hospital Association (FHA), said in a statement.

According to a survey conducted by the FHA, 68 percent of hospitals are expected to reach a critical staffing shortage. 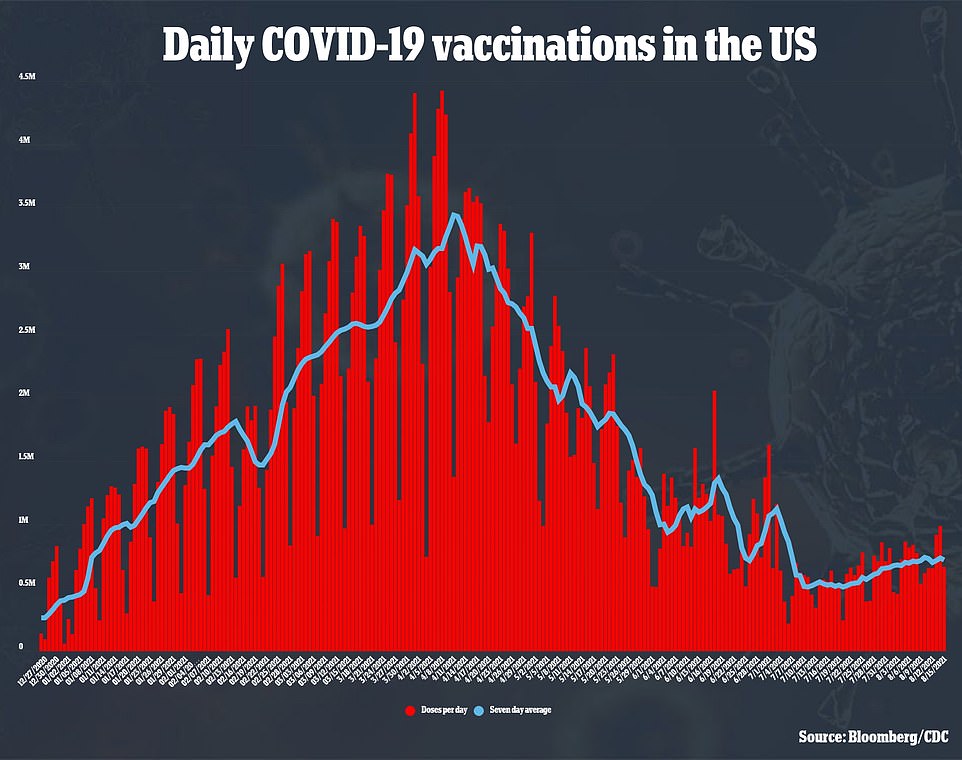 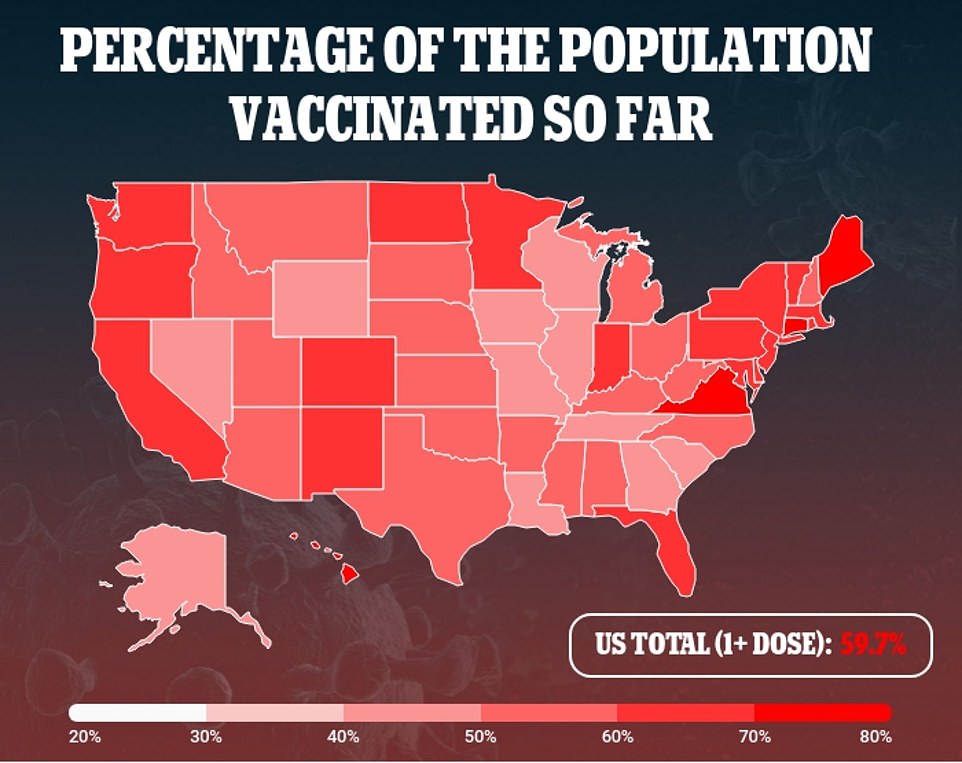 Hospitalizations have surpassed record levels with 11,261 people hospitalized with the virus, which is higher than the peak of 10,893 seen in summer 2020.

According to state data, more than half of the hospital regions in Texas – 12 out of 22 – have 10 or fewer ICU beds currently available.

‘Every bed is accounted for, and in fact, we have patients waiting in our emergency center for ICU beds to open up…Some wait hours, some wait days, to be frank.’

Low vaccination rates have been to blame with just 54.6 percent of Texans reviving one dose and 45.3 percent being fully vaccinated. 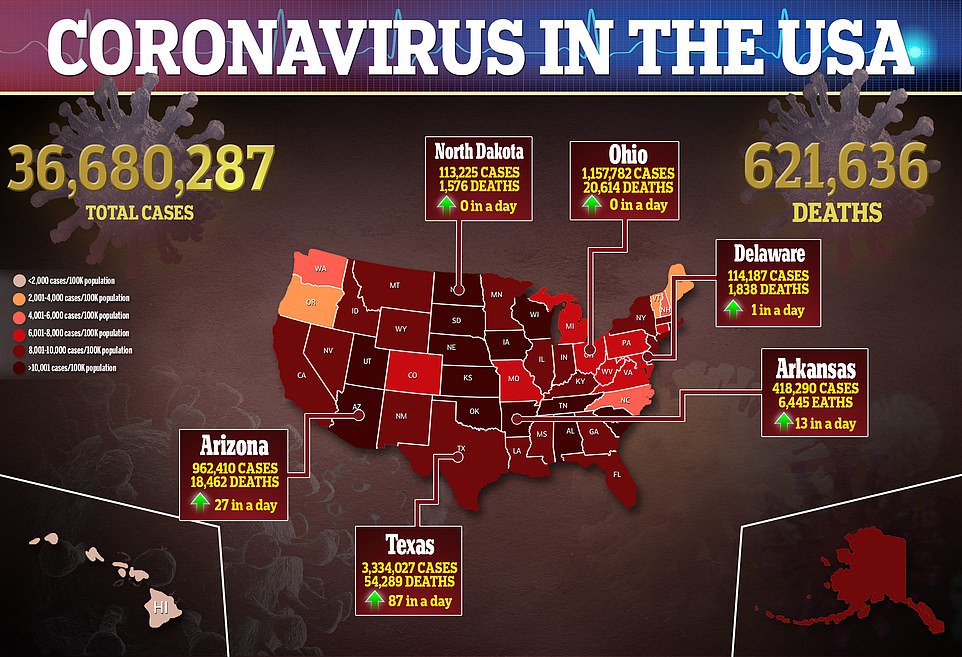 Crunches Vs Situps: Which Is The Better Exercise For A Toned Body

Covid-19 could be at root of mysterious hepatitis cases in children: study

How important is your heart rate in understanding your health risks? We ask leading cardiologists – Times of India

John Legend is launching his own skincare line for darker skin

Skincare tips and tricks to change routine from winter to summer

Dengue Cases on Rise: Here’s How You Can Protect Yourself

Who can get a booster jab and how do I book?