A mum has revealed the embarrassing moment she pulled a pork tenderloin out of the oven to find it had reduced into an ‘X-rated shape’.

The mum shared pictured of the phallic-shaped piece of meat on Facebook, after recovering from the shock of its transformation.

‘Pork tenderloin for dinner last night, you can imagine my horror when I pulled this out the oven to serve to the family,’ the Australian home cook wrote alongside the photos.

And the snap was quickly flooded with amusing comments.

‘Mmmmm what a delectable hunk of meat you have there,’ one woman laughed.

While others asked her if she let it cool down before ‘putting it in her mouth’.

Some mums suggested she should have served the piece of pork with a side of jacket potatoes, instead of the gratins she settled on.

‘I had Ikea meatballs to chuck in, in case the pork was a flop, no way was I serving them in the end,’ the mum laughed.

More than 1200 people reacted to the post in the cooking group, with almost 300 people leaving comments.

Most of them poking fun at unfortunate cut of meat.

But a lot of people had questions. 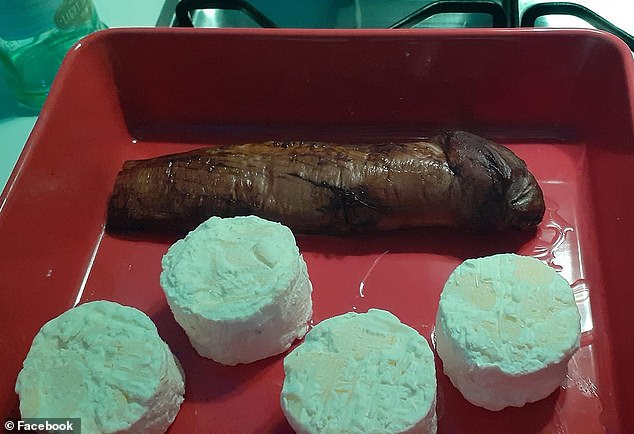 ‘Pork tenderloin for dinner last night, you can imagine my horror when I pulled this out the oven to serve to the family,’ she wrote alongside the photos 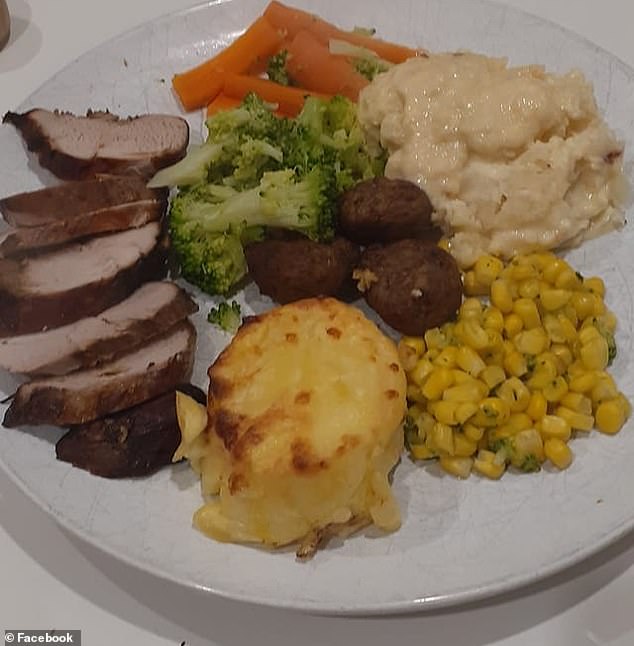 ‘Did it grow or shrink when placed in warm oven?’ one woman asked.

‘Has anyone done a welfare check on your man?’

‘Did you husband cry when you made him carve it?’

But she said she chopped it before anyone in her family could see it.

‘I didn’t show the kids, or hubby, he wouldn’t have eaten it if I did,’ she said.

Dozens of people thanked the mum for sharing the picture, while others dared her to post the photo in the viral ‘rate my plate’ group.

Others revealed they wouldn’t be able to eat something phallic and were turned off by the picture.

Hina Khan in a dreamy lavender gown shows how it is done at the Cannes Film Festival 2022 red carpet: All pics inside

What are the London Fashion Week 2021 schedule highlights?

Weight loss story: ” I had the same meal for lunch and dinner to shed 27 kilos” | The Times of India

Gold-based cancer therapy could face competition from other substances

Can’t fit into clothes from many brands? Now, Indians will finally have their size chart – Times of India

Premier League scrambles to convince stars to get vaccinated

Recipe: This fried chicken sandwich gets its heat from an unusual source