The McPlant is coming! McDonald’s to launch first EVER plant-based burger in 10 stores THIS month – and plans to roll it out nationwide next year

By Monica Greep For Mailonline

A new meat-free burger at McDonald’s called the McPlant will be available at select stores later on this month.

McDonalds UK & Ireland has announced a trial for its first ever plant-based burger, which features a patty designed to recreate the flavour and texture of beef, will begin from September 29.

The new sandwich will be available initially in 10 restaurants in Coventry followed by a further 250 stores from October before being rolled out nationwide from January.

The new burger is being produced under a partnership with the US firm Beyond Meat, which has previously developed a plant-based patty made from yellow peas, coconut, potato and beetroot juice.

McDonalds UK & Ireland has announced a trial for its first ever plant-based burger, (pictured)  which features a patty designed to recreate the flavour and texture of beef, will begin from September 29th

The McPlant is the first in a range of vegetable-based products including alternatives to the chain’s chicken nuggets and breakfast sausage muffins.

McDonalds UK & Ireland spent three years on research and development before unveiling their plant-based offering – which was developed with LA-based firm Beyond Meat.

Michelle Graham-Clare, Chief Marketing Officer, McDonald’s UK and Ireland said: ‘We’re so pleased to be finally launching McPlant in the UK and Ireland. 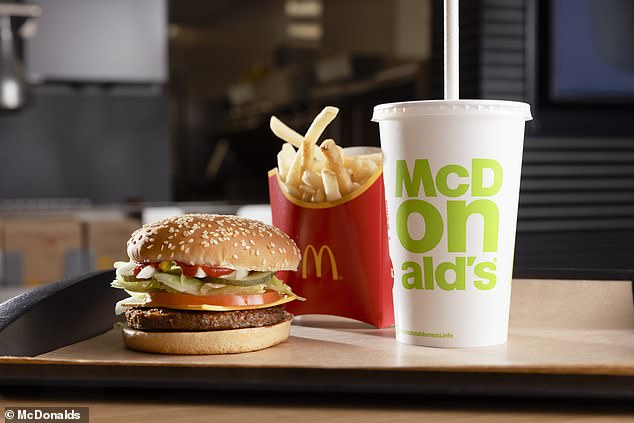 ‘As with every McDonald’s offering, we take our time to ensure it meets the highest standards and is something that all our customers will enjoy.

‘We are always looking for different ways to innovate and meet our customers’ needs, and with McPlant we have a delicious plant-based burger that will appeal to everyone.

‘Whether you’re vegan or just fancy a plant-based patty, we’re confident you will enjoy the McPlant.’

The McPlant is aimed at so-called flexitarians – those who follow a semi-vegetarian lifestyle – rather than vegans.

A version that recently went on sale in Austria includes dairy cheese and egg-based mayonnaise, and is also cooked on the same grill as meat. 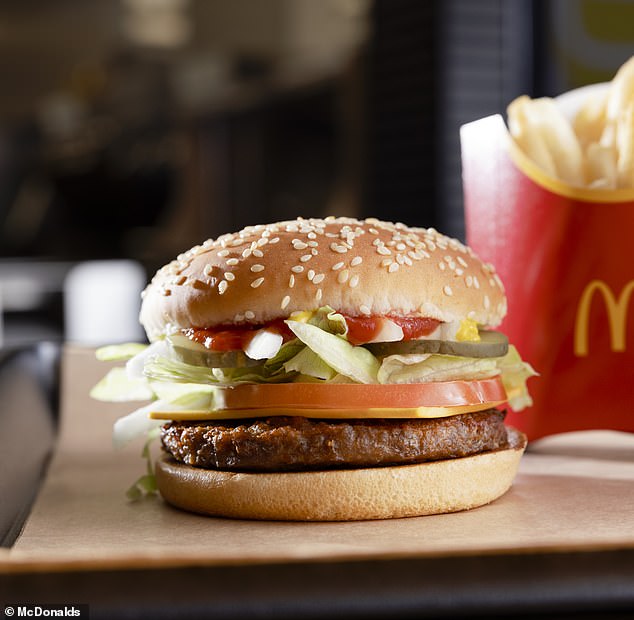 Francesca DeBiase, of McDonald’s, said the McPlant, ‘is all about giving customers more choices.

She added: ‘We’re excited to work with Beyond Meat to drive innovation and this is an important step on our journey to bring high-quality, plant-based menu items to our customers.’

Ethan Brown, of Beyond Meat, said the deal with McDonald’s was ‘an exciting milestone’ for the firm.

‘We will combine the power of Beyond Meat’s relentless approach to innovation with the strength of McDonald’s global brand to introduce new plant-based menu items,’ he added.

Sarah Everard and how we can all help change ‘masculinised’ workplaces

When will Covid vaccine refuseniks see sense and get a jab?

Astronaut Cady Coleman On ‘The Wonderful’ Film – Plus Branson, Bezos And Musk

Emmys 2021 in PICS: All the glam looks and major moments from award show

Americans ‘can’t fathom’ how much people in the UK walk

Sprout Dishes: Here’s How to Add Taste to Your Healthy Snacking

Make your salads sumptuous! Burrata with courgette and mint salad

Family cruise holidays: MSC Seaview is a ‘palatial’ cruise ship for all ages

How people understand other people: A single strategy is not sufficient to navigate the complex social interactions of everyday life