Foodies lose it after mum creates two perfect burgers and chips from a $10 BOX: ‘They are restaurant quality, you’d never know the difference’

Foodies are raving about a new supermarket buy after a mum made two perfect beef burgers and chips for just $10 using a frozen meal box.

The mum shared photos of her TexMex burgers on Facebook revealing the ‘make your own’ meal kit from Aldi was well worth it.

‘Found this and couldn’t wait to try it, was delicious,’ she wrote below the photo which included two burgers and thick-cut chips.

Foodies have lost if after a mum made two perfect beef burgers for just $10, using a meal box from the supermarket 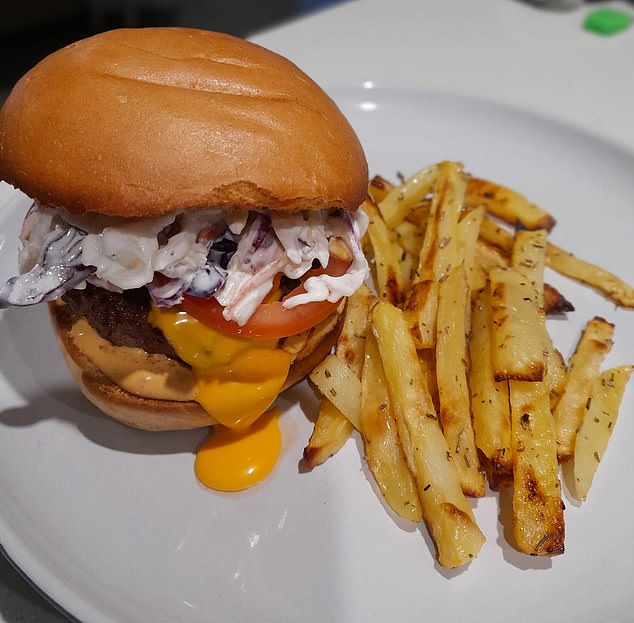 The kits come with everthing to make the meal, including the side of chips

The meal kit is typically $14.99, but many mums revealed the often manage to pick them up for $10 on sale.

‘They are way better than some of the meal boxes I have paid a fortune for,’ one woman wrote.

Others revealed how they managed to get more than two serves from the box – so they could feed the whole family.

‘I made them tonight too and used the cheese sauce to make a quick mac and cheese because my toddler wasn’t into the idea of burgers,’ one mum said.

‘So we ended up getting four full serves of food out of it by adding 40cents worth of pasta.’

Another mum said she made he beef patties slightly smaller so her son could have some too.

Others said they weren’t sold on the liquid cheese which came with the pack – so put regular cheese slices on their burgers instead.

‘I thought the same but it turned out to be amazing – we dipped our chips in it too. 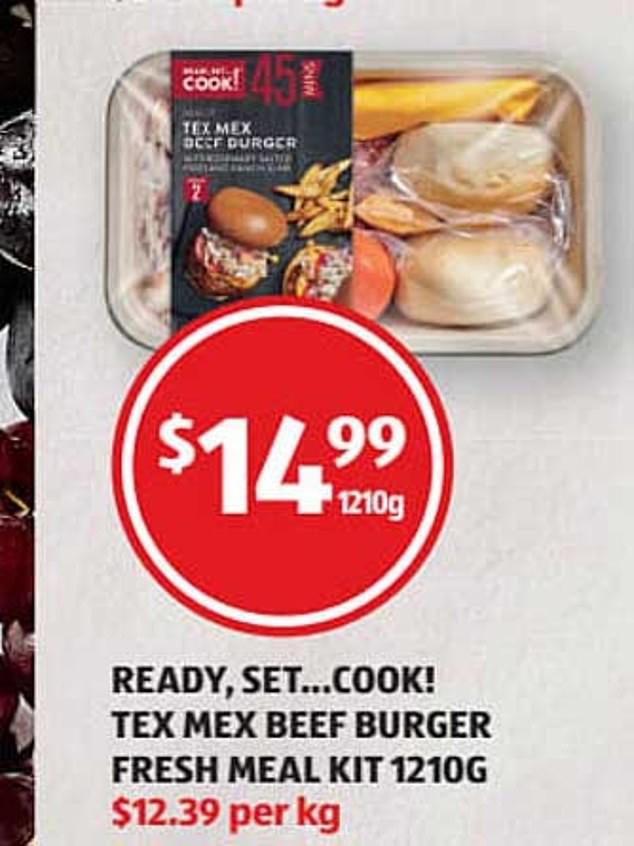 The mums were thrilled to be able to pick the $14.99 kits up for just $10 and said they were amazing

‘I think Aldi is getting to be a lot more expensive, I wouldn’t pay that much for two burgers,’ one woman said.

‘For that amount you could buy the ingredients and serve four,’ complained another.

The box kit includes the potato chips, coleslaw, meat, cheese and buns, according to the mum who posted the photo online.

‘It has everything you need to make the meal, it is a bargain,’ she said.

Flu Vs Covid: How to tell if your long flu case was actually COVID

How the pandemic exacerbated stalking cases in the UK

The delta variant has a mutation that’s worrying experts: Here’s what we know so far

Woolly mammoths are making a comeback. Should we eat them?

Researchers discover unknown childhood genetic condition and its potential cure: Findings point to the possibility of treating and preventing birth defects before birth

Falling For US Destinations During Covid-19 Recovery This Autumn

Leighton Meester calls being a working mother the ‘ultimate guilt’

WandaVision spinoff starring Kathryn Hahn is in the works