A British dad has received thousands of virtual high-fives after revealing his ‘somewhat petty’ response to teachers criticising his daughters lunch.

Ross Hunt was sick of his daughter Isabelle coming home upset with nagging lunch ladies telling her what she should and shouldn’t eat out of the food sent from home.

The father-of-three promptly printed off a label for the youngster’s lunch box which welcomes the ‘nosy’ teachers to look inside.

‘We are aware of the contents of this box and are happy for Isabella to eat whatever she want,’ the label read.

And Ross was happy to add background for his 66000 fans.

‘The kids in school have been getting sh*t off one of the dinner ladies for eating non-healthy food.

‘Oh, don’t eat that. Eat your sandwich. Oh, you shouldn’t have that,’ he said.

Before explaining that he finds it very irritating and is putting his daughter off from wanting to take her own lunch to school.

He goes on to explain the lunchbox rules come across as hypocritical when children can buy cake at school but are tormented for bringing it from home.

The label was the furious father’s second attempt – but his wife Rachel drew a thick line through the first. 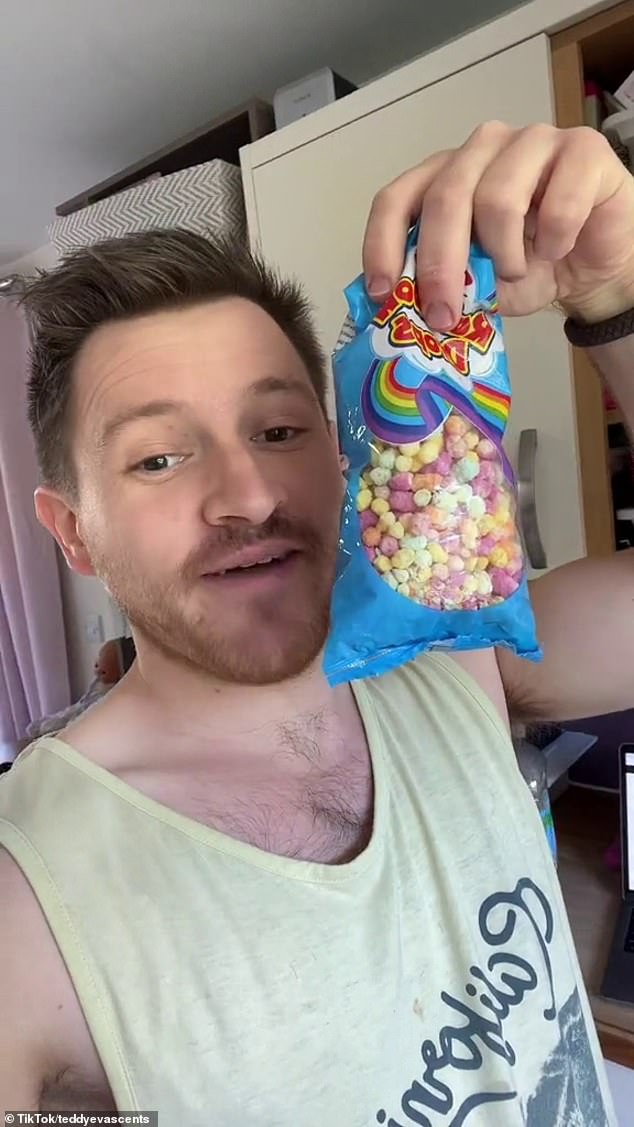 It read: ‘Step away from the lunchbox you nosy f**king a*** bandit.’

Was Ross’ reaction to lunch box criticism too petty?

‘I think we would get in trouble for that one,’ he admitted.

The dad said he was tempted to load the lunchbox up with treats, or fill it with coloured, sugar pop corn but decided against it.

Instead sending some fruit, chips and one chocolate.

Mr Hunt wants the teachers to take a step back and let the parent decide what to feed their children.

And it appeared many agreed with him.

‘Give them a chance with the first label. If it doesn’t change…label two,’ one mum laughed.

‘I work in a school and have this argument often. I would rather a child ate and was full than lots of ‘healthy’ foods they won’t eat,’ one teacher said. 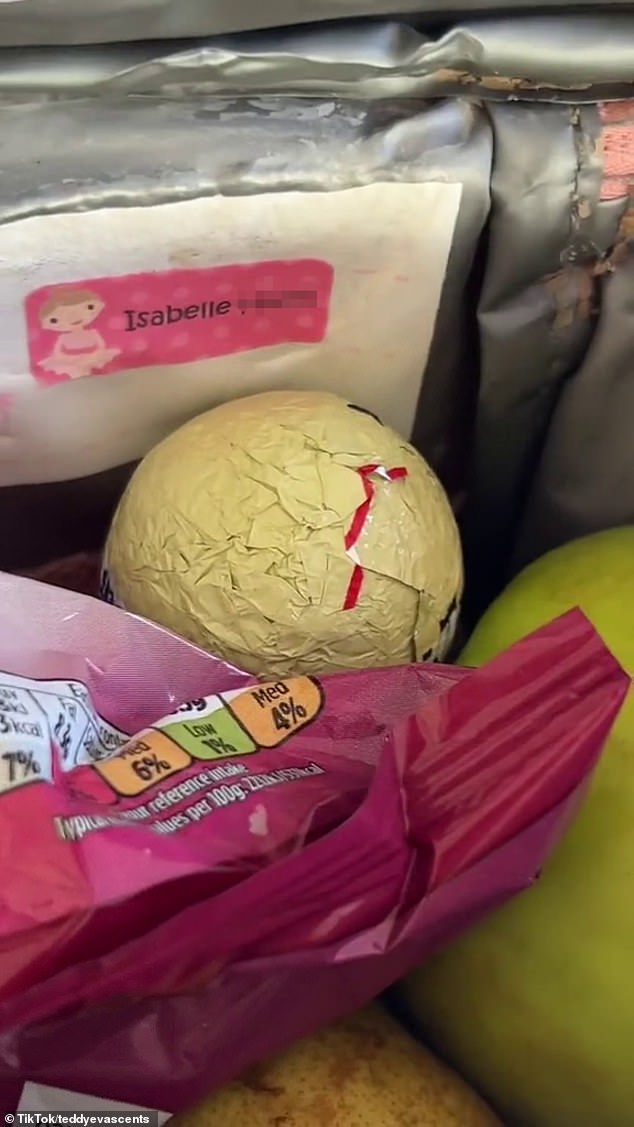 With others pointing out their issues with ‘double standards’.

‘It’s a nightmare, they promote healthy eating but my child comes home saying they had pizza and chips and some cake so which part of that is heathy,’ one mum wrote.

‘Worked in a school which served cake but we had to confiscate a penguin bar from a kids lunchbox as it’s not allowed, crazy,’ said a teacher.

But some people weren’t impressed and said the father should listen to the teacher’s advice and offered more of their own. 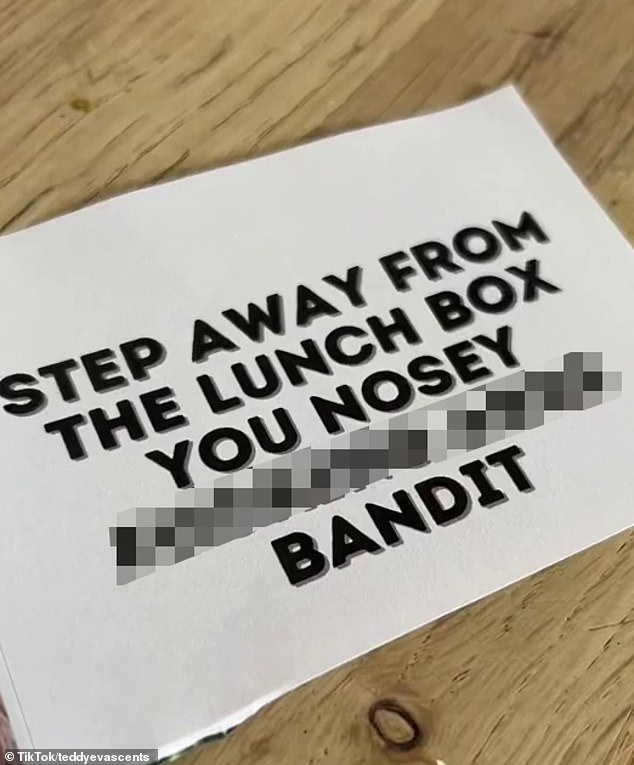 ‘Well cursing is a bad example for your kid but well she will decide in the future how to talk to you and she will have health problems,’ one woman wrote on the post.

Others agreed with the post and said they ‘love’ how petty the label is.

‘I can be next-level petty,’ the father agreed.

Some parents complained the ‘healthy eating’ rules are making their children worries about eating any junk food.

‘The work I had to do to convince my daughter she could eat a KitKat with her lunch of salad and ham wrap, cucumber sticks and a satsuma was unreal,’ one mum said.

While another said she is worried her children are becoming obsessed with the rule, to their own detriment.

The father said the label didn’t appear to work so they made a whole lunchbox with the argument on the outside.

Adding that she can eat the contents in whatever order she wants to.

He explained that at home dinner is served in a divider plate – with a treat on the side and the kids are allowed to eat it in any order.

‘It shows them everything is good in moderation,’ he said.

‘And if she just eats the treat and nothing else then she will be hungry, so that’s up to her.

He mentioned the ‘petty’ tactics come after numerous conversations with the school on the issue.

He then made a follow up video explaining how to sneak treats into your kids’ lunchbox.

Strength Training 30 To 60 Minutes A Week May Help You Live Longer, Studies Say

Pasta… in a pie? Say no more

More insight into how vision works

The Exceptional Royal Jewels At Auction For Fall And Winter 2021.

Lovey-dovey photos of Vignesh and Nayanthara