Expert reveals how we should be eating our cheese

You might consider yourself a cheese connoisseur. But the reality is all of us have something to learn when it comes to storing, eating and pairing our favourite fromage.

Edward Hancock, founder of cheesegeek, an online cheesemonger delivering British artisan cheeses directly to customers’ doors, has shared his expert advice on how to get the most out of your cheese-eating experience.

Speaking to FEMAIL, Edward, 39, reveals that there’s an ideal way to create a cheeseboard, and an order in which it should be eaten.

Edward also reveals why we should be avoiding cling film when storing cheese and how they can and should be paired with a nice bottle of white wine.

Only have four or five cheese on a cheeseboard

When building a cheeseboard, I personally love having four to five cheeses, and nice big chunks rather than tiny slivers of more styles of cheese.

Four or five gives you enough chance to showcase a different variety of cheeses, such as hard, soft and blue, as well as perhaps a goat or sheep milk cheese and some different colour, such as the nettles of Yarg, or the orange of an Old Winchester.

Your palate is delicate, and it’s going to be doing gymnastics as it works its way through a cheeseboard.

If you start with the blue cheeses or the punchy soft Brie style cheeses or washed rind cheeses, then there is no coming back.

You want to start with more delicate cheeses to ease yourself into it, so the fresh goat’s milk cheeses or cheeses such as Lancashire and Cheshire.

If you have these at the end, you’ll think they are tasteless, but they aren’t, they are just more shy and need some one on one time up front.

I would tend to go for a semi soft and semi hard cheese to start with, such as St Helena and Kirkhams Lancashire, followed by a really big mature cheddar or aged gouda like Pitchfork or Old Winchester, then finish with a soft cheese, like Baron Bigod and a blue cheese such as Stichelton.

But I would be all very adaptive to seasonality as well, so around spring, let’s get a fresh goat’s milk cheese in there up front, and in the middle of summer, a 2yr Comte is hard to beat, or an aged Gruyere.

Maybe in the winter, you need a washed rinder in there, like Epoisses, or of course the most seasonal cheese of them all, Vacherin.

Store your cheese at 8 degrees

In your stomach. As quickly as possible.

But, short of that, the balance is between your cheese drying out if exposed, or sweating if wrapped in something unbreathable (clingfilm, I am looking directly at you here).

Re-wrap in the paper you received it in (a specialist store will have used special cheese paper) and place it in a separate compartment (eg salad draw) of your fridge as cheese can take on flavour from other things.

Also keep blues away from other cheeses, as they will try to turn everything else blue. If you have a larder, even better.

You want high humidity and a consistent temperature of around 6-8 degrees (or slightly higher at 10 degrees is fine if the cheese is whole/uncut… no cheese stays whole or uncut in my house for more than about five seconds though).

Don’t be put off by mould… unless it’s supermarket cheddar! 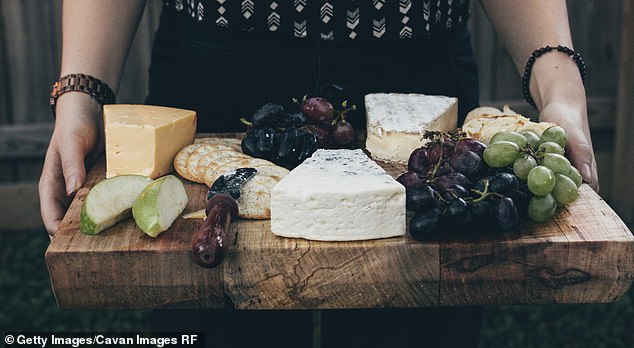 Did you know that white wine is actually a better pairing than red for your cheese board? Edward Hancock, founder of cheesegeek, an online cheesemonger reveals how we should be eating cheese

Blue cheese is mouldy and you’d also find fluffy mould on the surface of many soft cheeses such as Vacherin and Rollright. Embrace it, this is the beauty of artisan cheese and it adds flavour and character.

You CAN eat cheese for breakfast

Given breakfast falls within waking hours, yes I would recommend eating cheese for breakfast.

In fact, the UK is pretty much the only country in the cheese eating world that doesn’t eat cheese for breakfast.

Continental Europe, South America, Central America, all have cheese as part of a traditional breakfast. Cheese and coffee is also a match made in heaven.

My favourite breakfast cheese dish is Omelette Arnold Bennett (you may need a defibrillator to hand) but straight up breakfast cheese, I would go for Mayfield and Coolea.

You will often even find some blue moulds in traditional clothbound cheddars. This is because they are clothbound, which is an imperfect way of protecting the cheese during maturation.

If there are any gaps and cracks in the cheese, oxygen can get into it, and activate any blue mould spores. In many cases it adds really interesting flavour and I would encourage you to give it a taste.

At the very least, you can cut it away and eat the rest of the cheese.

Having said all that, if you find mould on your supermarket cheddar, tread with caution because it isn’t meant to be there, so it probably won’t taste too good. It has likely come from your fridge rather than the place where the cheese was maturing.

How to find the best wine for your cheese

Cheese and red wine is historic, but white wine is actually generally a better bet.

If I was taking one bottle of wine to a dinner party, and I knew there was going to be a cheeseboard, but didn’t know what the cheeses would be, I would take a bottle of slightly oaked Chardonnay.

There are also no tannins that can sometimes clash with the acidity in cheese. If you’re adamant you want to stick with red wine, Pinot Noir and Gamay are two grapes that work really really well with a broad range of cheeses.

Some cheeses SHOULDN’T be melted 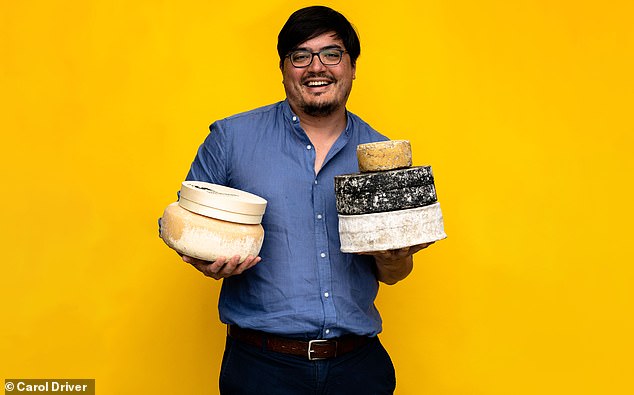 I work on the basis that melting cheese can solve most of the world’s problems, but you are going to really struggle to melt many styles of cheese as they just don’t break down smoothly, they tend to stay clumpy.

Fresh goat’s milk cheeses for example, as well as some of the fresher, younger territorial cheeses (Cheshire not the greatest melter, Lancashire far better).

Some of the world’s greatest melters are cheddar, of course (but not too aged) and the alpine cheeses (Comte, Gruyere, Raclette and Emmental).

Ogleshield is a great British melter in the style of Raclette, but made in Somerset.

And this is before we even get into baking a Camembert (try Tunworth from Hampshire with some garlic, rosemary and truffle honey) or a Vacherin. I need to lie down.

Don’t give up on goat’s milk cheese!

As a group of cheeses, it has to be goat’s milk or blue cheese.

My wife never liked either until I dedicated my life to cheese, now blue cheese is her favourite by far.

There is a blue cheese and a goat’s milk cheese for everyone, but the problem is the mass-produced stuff is so one dimensional, and it all tastes the same.

So if you don’t like leathery goaty goat’s milk cheese, or the salty minerality of a Stilton, then you have no options. But the fact is you do!

There are styles of these cheeses that are totally different from the norm, and nothing makes me happier than when you hear someone say ‘I don’t normally like blue cheese, but that is fantastic.’

Cannabis can slow your reactions months after smoking it, study claims

McDonald’s bring back the Double Big Mac to its menu

One and done: Researchers urge testing eyewitness memory only once: To prevent wrongful convictions, only the first identification of a suspect should be considered

How Fashion And Music Intermix To Accelerate Charitable Efforts In 2022

Neha Dhupia is the epitome of elegance in her Monday OOTD

Hebridean pasty: A wee twist on the classic Cornish recipe

Why health-care costs are rising in the U.S. more than anywhere else

Coronavirus: Know all about the variant that’s spiking cases across the world right now; commonly reported signs and symptoms | The Times of...

Making sense of the chaos in commodity markets

EXPLAINER: What is the metaverse and how will it work?

How 1.5 million-year-old ice will help predict future of climate change