Could algae be the sustainable food of the future? 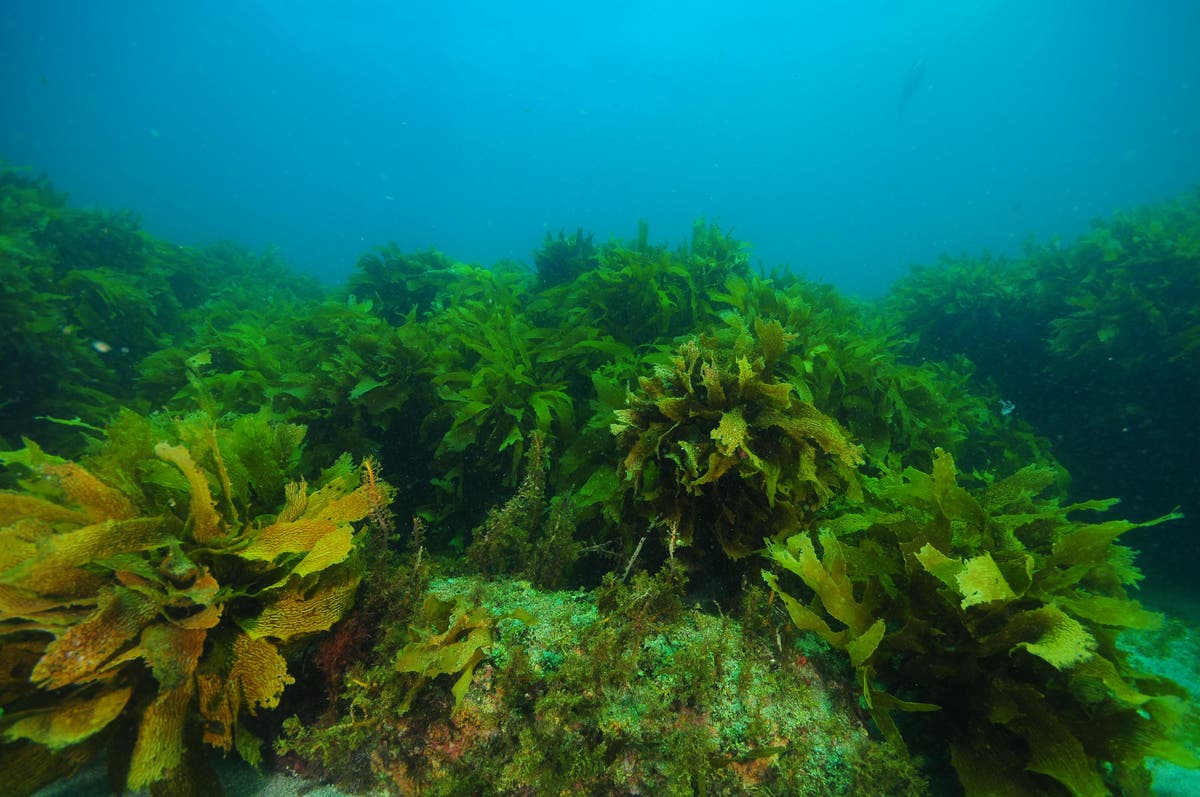 Figuring out how, as a planet, we can eat more sustainably is going to be an ongoing issue as the world becomes more populated and the climate crisis intensifies. And, from munching on protein-packed insects to lab-grown meat, greener (and animal welfare-conscious) alternatives are being explored – the latest being algae.

It should be no surprise really that as we’ve well and truly exploited what’s on land, we were destined to delve further into the sea. But with environmentalists warning of the devastating impacts of overfishing, one expert says we need to eat the food from the bottom of the ocean, rather than the top.

What is ‘ocean flexitarianism’?

It’s a new concept which asks that – like “flexitarianism” or “casual vegetarianism” where people eat a mostly plant-based diet but allow for some meat occasionally – we eat more vegetables from the ocean than fish.

Algae is the umbrella term for a huge, diverse group of aquatic organisms that conduct photosynthesis to generate oxygen – found in both fresh and seawater. One form of algae most people are familiar with is seaweed; such as nori and kelp, and Japanese diets in particular include several types. But Harvey says the untapped potential in sustainable food sources in the ocean is huge.

Why is eating algae sustainable?

“We know we’ve got to feed a lot more people by 2050, the population is growing, and we also know that if we keep on putting intensive agriculture on the land, we’re going to completely screw up the biodiversity,” says Harvey. But we can’t simply turn to the ocean as we are, because we typically eat carnivorous fish like tuna and cod.

“People tend to think of seaweed as that slimy stuff on the beach, so there’s quite a lot of perception that needs to change,” Harvey says.

“Generally, algae has quite a lot of umami flavour [so] we’ll find them increasingly used in savoury foods, but there is an opportunity to eat it in sweet foods too. You can eat seaweeds as vegetables but micro-algae are going to be much more used as ingredients added into foods, to supplement food or for personalised nutrition.”

Dunaliella – a particular type of micro-algae found in salt lakes that Harvey and her colleagues study and cultivate in the lab – “has got a floral flavour”. Thanks to Harvey’s lobbying, the new ingredient could be available to eat in the UK within a few years.

What about the health benefits?

“There are some 80-100,000 species and we only actually know 200 of them, and have probably only consumed 70 of them. All of the different algae have got different benefits,” Harvey explains. Dunaliella, for example, produces a lot of pro vitamin A and omega 3 polyunsaturated fatty acid.

In fact, one of the nutritional benefits we eat fish for, omega 3, is originally found in algae. The fish consume the algae and we consume the fish – eating it straight from the source cuts out the middle man.

Harvey says some of the ingredients have been proven, in very small quantities, to have a positive impact on psoriasis and eye diseases. “What we’ve been doing in the universities is boosting production of those specific ingredients in the biomass, and eventually that biomass will get incorporated into food.”

So you could get a “personalised nutrition offering” depending on your health needs. You could also buy it as a pill, you could consume it as a health drink.

Just as in land-based crops, protein levels vary depending on the species of algae. “In one species there could be a range from 26-70 per cent protein – just depending on how you grow it,” Harvey says. “But generally we are increasingly understanding how to produce these algae to produce a high content of protein.”

Why aren’t we already eating it?

The problem is twofold: lack of awareness and a roadblock in European legislation. “In China they have been cultivating algae and they know a lot more about how to do it. In Europe, we haven’t got to grips with the different species that we’ve got, we don’t know how to cultivate it properly and we don’t know how to process it properly. Algae is going to be the food of the future, but we need help to get there.”

It takes investment to get a new type of food production of this scale off the ground, and Harvey says: “The investors want to invest, people want algae, but one of the big roadblocks is that we’ve got really tight legislation.”

Essentially, most types of algae aren’t legally recognised as “food” in Europe. Dunaliella “is being consumed in America and has been eaten in Japan for centuries, but in Europe it’s got to pass the Novel Food status categorisation, and until that happens, we can’t eat it”.

But attitudes are changing all the time, and millennials are leading the way, Harvey says. “There’s a big move amongst young [people] who want to have healthy lifestyles, who want to move to algae; a lot of work is now showing people are much more receptive than they used to be.”

What is a rainbow baby?

I’m miserable and everything feels pointless. What do I do?

Should I go back to the office after 19 July?

Engineers’ Day: Five Signs That You Were Born To Be an Engineer

Extreme sea level events could happen every year by end of this century: New IPCC report – Times of India

‘Satyameva Jayate 2’ director Milap Zaveri rejoins Twitter after a year; gets a grand welcome by fans – Times of India

Novel artificial genomic DNA can replicate and evolve outside the cell: Hopes for the construction of artificial cells that can grow and evolve autonomously