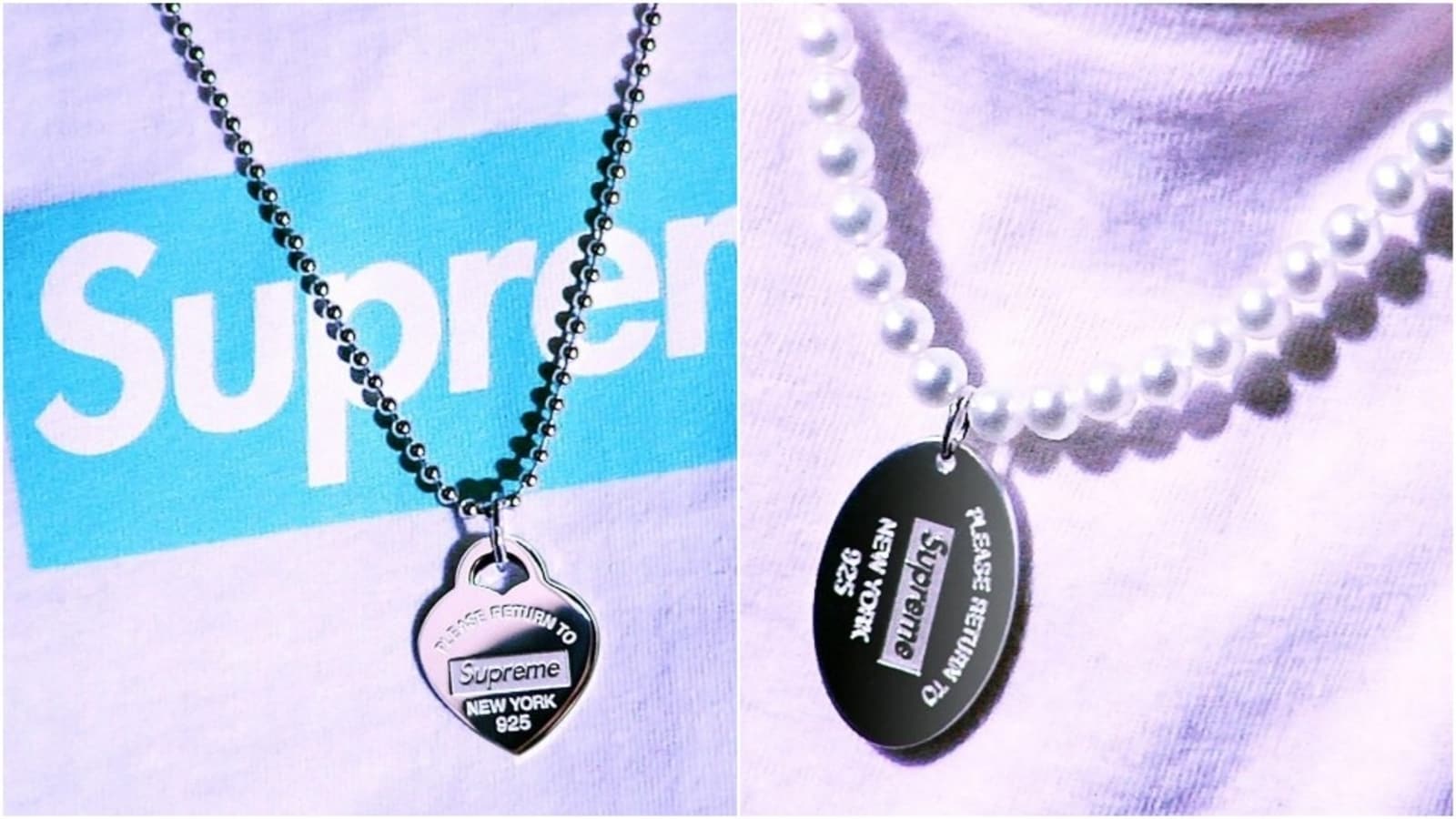 Breakfast at Supreme’s? Tiffany & Co. and streetwear brand Supreme are collaborating to launch a seven-piece collection in a bid to refresh the luxury jewellery label’s image and appeal to younger customers.

Tiffany & Co. is teaming up with streetwear brand Supreme to launch a seven-piece collection, part of the storied jeweller’s bid to refresh its image and appeal to younger customers.

The collection, which features a white t-shirt with the Supreme logo in Tiffany’s iconic robin egg blue colour, is set to release this Thursday. Official images of the pieces, which also include a pearl necklace and a silver pendant, were released Monday. Supreme is owned by apparel producer VF Corp.

The collaboration marks another step in Tiffany’s efforts to broaden its appeal since it was acquired by luxury conglomerate LVMH and expand beyond the old-fashioned image long associated with the jeweller. It has also been selling more pieces that break with the traditional divide of what women and men wear, including a line of male engagement rings launched earlier this year.

LVMH is taking a page from a similar collaboration that its Louis Vuitton brand did several years ago with Supreme, which rejuvenated the French brand and sold well.

LVMH completed the acquisition of Tiffany in January and the new leadership team has been trying to reinvigorate one of America’s iconic luxury brands. Tiffany Chief Executive Officer Anthony Ledru and head of product and communications Alexandre Arnault, one of the sons of LVMH owner Bernard Arnault, have launched a “Not Your Mother’s Tiffany” campaign and brought on pop stars Beyoncé and Jay-Z for a high-profile marketing program.

While the shift has been generally well-received, it has irked some shoppers and luxury-sector observers who say Tiffany is alienating a key shopping base.

The items in the Tiffany-Supreme collaboration are inspired by pieces launched in the 1960s, a Tiffany spokeswoman said. Prices on the items range from USD 54 to USD 1,250.

Singapore is seeing daily record Covid cases. Here’s why it may not be a bad thing

What do I do if I get Covid at university?

High street butchers are thriving despite rise of veganism

Am I a bad person for wanting to move out of my husband’s family home?

M&M’s chocolate spread with crispy pieces launches in Australia – so would you try it?

How Snooki Really Feels About Her Children Going Back to School