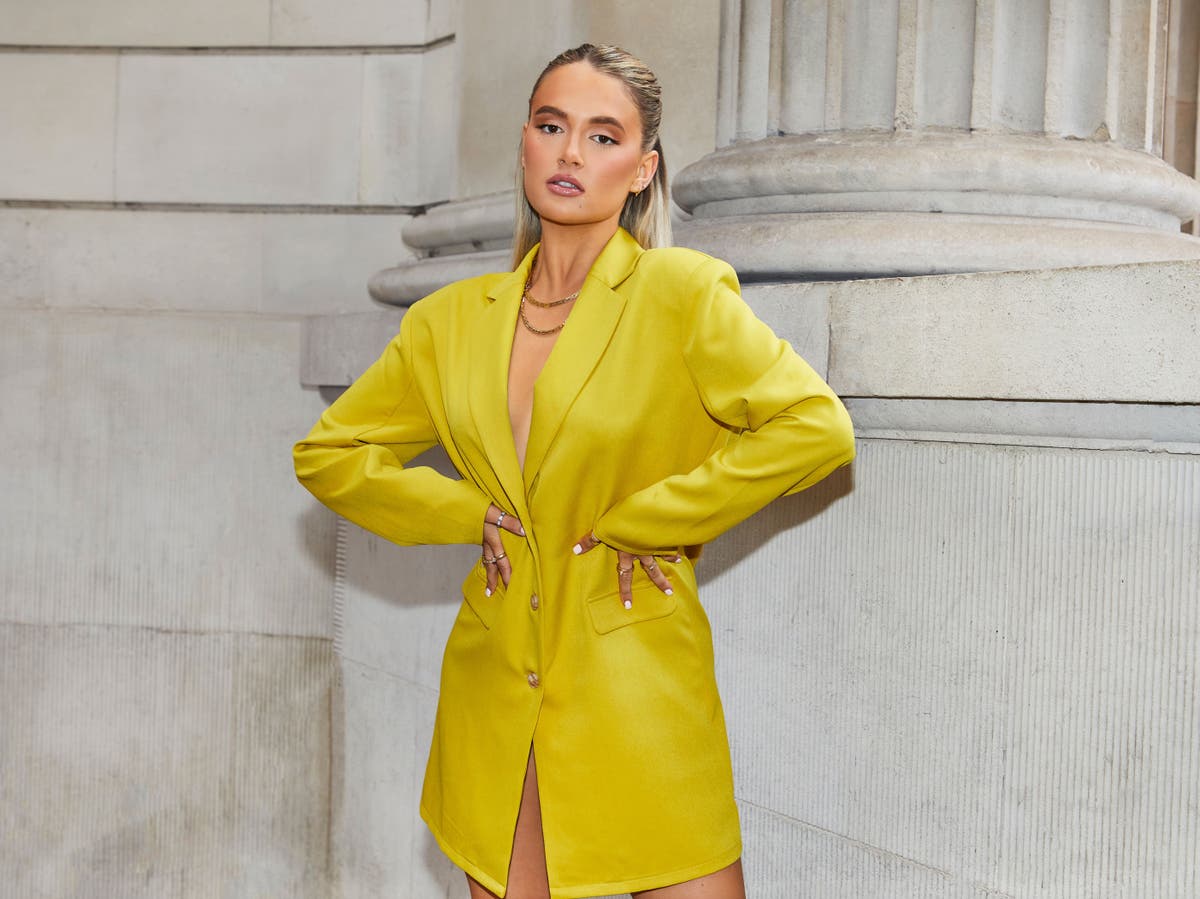 Dozens of videos on TikTok feature fans showing what they were expected when they ordered a product from Hague’s line and comparing it to what they actually received.

It comes after Hague, 22, was named creative director of the fashion retailer in the UK and Europe last month. She released a new collection “to celebrate this huge news”, which includes an array of blazer dresses, suit sets, dresses, tops, and co-ordinating sets.

But some fans complained of ill-fitting clothes that look very different from the images on PrettyLittleThing’s website, which has Hague modelling almost all of the clothes from her collection.

One TikTok user, Charlotte, posted a video showing a shirt dress modelled by Hague that she ordered, followed by what the product looked like on herself. She captioned the video: “PLT/Molly-Mae done me dirty.”

Another user, Evie, said an oversized fit jumper she ordered left her “literally crying” because the sleeves were so long that they reached her knees. As a joke, she wrote underneath her TikTok video: “I want an actual apology from Molly-Mae.”

TikTok comedian Star Holroyd posted a video of her trying all the clothes from Hague’s collection as a midsized person, and in one of the outfits, she said: “I do look a bit like a sack.”

She can be seen pulling faces of horror in one of the dresses and describing another outfit as making her look like “one of the extras in Star Trek”.

Hague’s new role in PrettyLittleThing sparked debate over what her job involves and whether she would use her vast influence to improve pay standards and environmental practices at the fast fashion brand.

A 2020 investigation by The Sunday Times found that PrettyLittleThing was paying garment workers in Leicester just £3.50 per hour, far below the national minimum wage requirement.

Hague, who has more than six million followers on Instagram, answered a series of questions about her appointment this week on her account, but did not directly reference the numerous criticisms levelled at her regarding the ethical issues at the firm.

However, she said she had been “enlightened” and there were “a lot of things I wanted to get started with straight away within PLT”.

“I’ve read EVERYTHING,” she added. “We have SO many amazing things coming.”

Boohoo, the parent firm for Pretty Little Thing, said it was “grateful” for the investigation by The Sunday Times for “highlighting conditions, which, if they are as described by the undercover reporter, are totally unacceptable and fall woefully short of any standards acceptable in any workplace”.

Female students at Cambridge to be given fertility lessons

Morality demonstrated in stories can alter judgement for early adolescents

No10 should reduce time for boosters from six months to FIVE, Jeremy Hunt says

Major branches in the tree of language reconstructed

What are the symptoms of prostate cancer and how common is it?

Predicting a riot: Social inequality leads to vandalism in experiments

Colin Powell was vaccinated against Covid, but suffered from a cancer that makes the shots less effective

Adding Kiwi Fruit To Your Diet Has Many Benefits. Here’s What You Need to Know