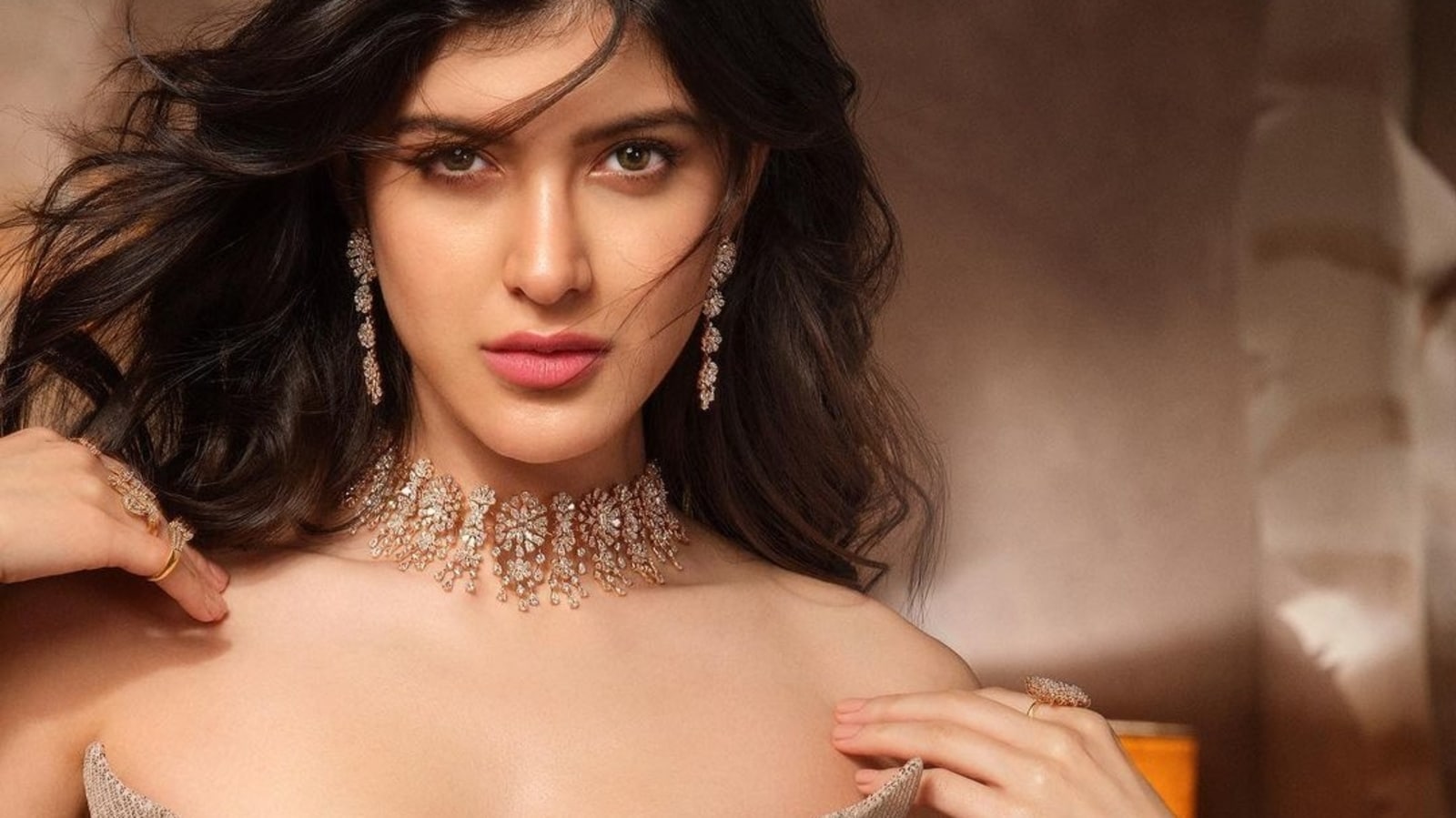 A regular feature in modern jewellery, rose gold colour is also a fashion trend that just won’t go away courtesy its universally flattering, unique and trendy style and tapping into the same is Sanjay Kapoor and Maheep Kapoor’s daughter, Shanaya Kapoor, whose recent look in a strapless rose gold gown set the Internet on fire. Laying sizzling fashion cues to set temperatures soaring high on a cocktail night, Shanaya went bold  in the strapless rose gold gown with a daring structural silhouette and our jaws just dropped in awe.

The fitted bodice extended into an alluring new twist with diagonal pleated details, waist down to offer a vintage vibe with minimalist style. Leaving her silky wavy tresses open down her back in side-parted hairstyle, Shanaya accessorised her look with a rose gold diamonds choker, a pair of diamonds and polki earrings, finger rings and bracelets.

Shanaya Kapoor was styled by fashion stylist and creative consultant Tanya Gharvi. Slaying in her own vintage fashion instead of opting for a runaway trend, Shanaya is already making ripples with her sartorial elegance, even as her big Bollywood debut is awaited.

After serving as an assistant director on Sharan Sharma’s Gunjan Saxena: The Kargil Girl, starring her cousin Janhvi Kapoor in the lead role, Shanaya Kapoor is gearing up to make her big Bollywood debut with Dharma Productions project. She will star opposite Lakshya Lalwani and Gurfatez Pirzada.

Mother-of-three, 38, who found feeding her kids vegetables ‘traumatic’ is cured in an HOUR

A page from Tadap promotions: Tara Sutaria raises the hotness quotient, yet again

How To Find The Best Place To Enjoy Your Retirement

What is the R brand cap that everyone wears on Love Island?

Crockers Henley: A foodie getaway in a league of its own

Alia Bhatt, Katrina Kaif To Priyanka Chopra: Actresses Turned Entrepreneurs Who Will Give You Major Side Hustle Goals