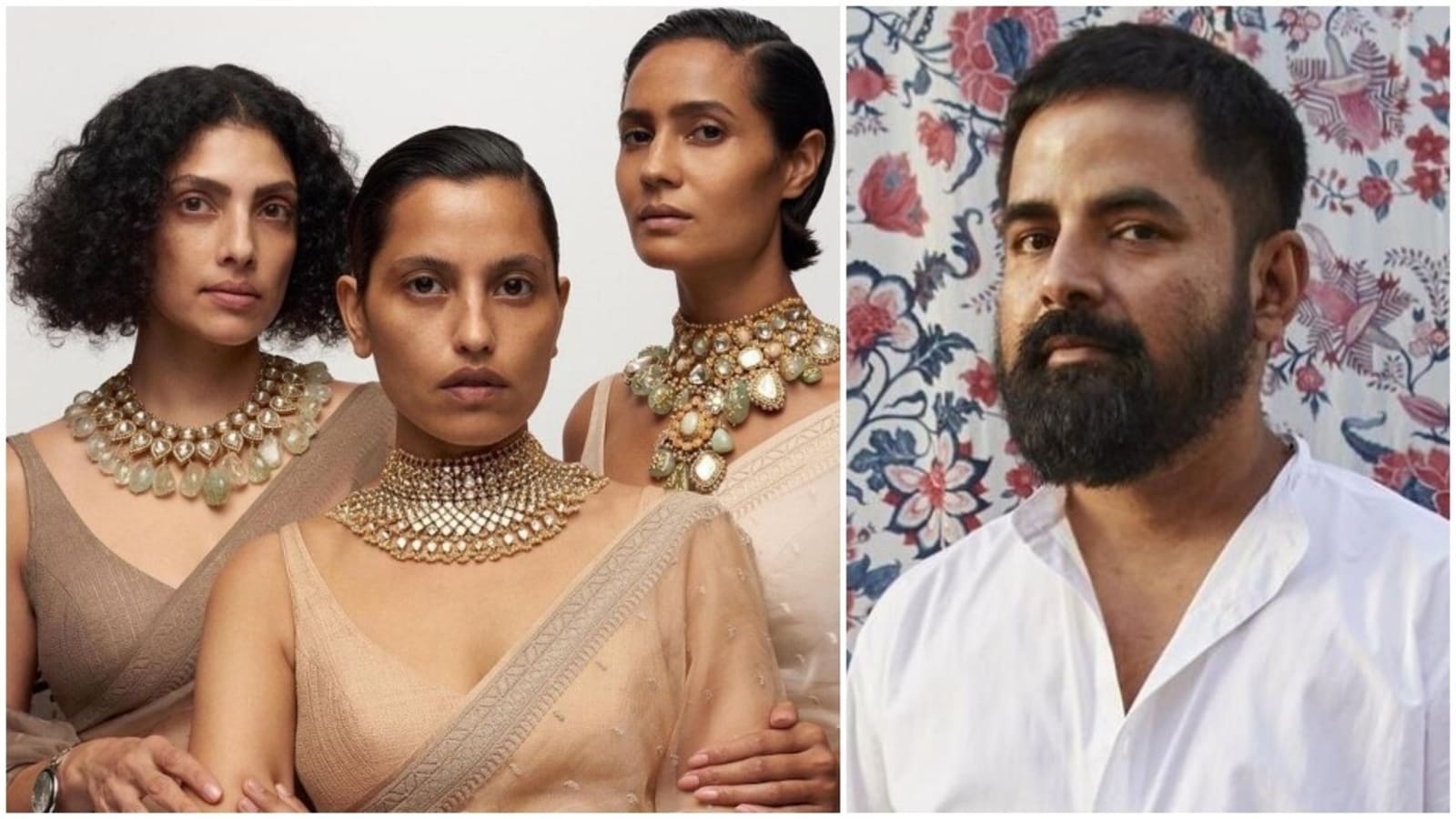 Ace fashion designer Sabyasachi Mukherjee has come under heat once again for his latest jewellery collection. The designer recently launched his brand’s fine jewellery Autumn Winter 2021 collection campaign. One of the images used for the promotion became the receiving end for massive trolling online, with criticism directed towards the three models starring in it.

The image used for the jewellery campaign features three supermodels decked in Sabyasachi jewellery and clothing. It was shared on Instagram with the caption, “Sabyasachi Fine Jewellery @sabyasachijewelry featuring uncut and brilliant cut diamonds, opals, pearls, emeralds, aquamarine and coloured stones in 22k gold.” The photo garnered both criticism and praise online.

However, the hate was directed towards the way models looked in the images. Many users wrote problematic opinions where they criticised the women in the photo for their looks, expression and asked them to “smile more.” Statements like, “Why are these looking so sad. Not happening”, “All look in mourning,” “Seriously who wants to look like widows?” and “Has de behen,” were posted on Twitter and Instagram.

Take a look at some of the trolls’ comments:

These comments reminded us of all the unsolicited advice women receive for just looking a certain way and the criticism they face for their bodies and appearances. Though the internet was full of trolls targeting the ad, many came out to support the designer and the models.

“The number of women I have seen troll these 3 models over their looks is sickeningly high. The ad is literally for Sabyasachi jewelry…so I don’t understand the obsession on their “lusterless skin”. Just say y’all have an issue w models looking like average Indian women in an ad,” one user wrote.

See some of the comments:

The number of women I have seen troll these 3models over their looks is sickeningly high. The ad is literally for sabyasachi jewelry.. so I don’t understand the obsession on their “lusterless skin”.
Just say yall have an issue w models looking like average Indian women in an ad. https://t.co/ZaeN8ny2vx

Earlier, Sabyasachi was targeted by trolls for The Royal Bengal Mangalsutra campaign. The ad featured a same-sex couple and was called ‘obscene’ and ‘shameful’.

Most sexually compatible zodiac signs | The Times of India

Winter Style Guide: Jazz Up Your Winter trousseau with These Trendy Tips

How do different zodiac signs face rejection? | The Times of India

From Katrina Kaif to Deepika Padukone, Here are Some Celeb-Inspired Fashion Ideas for This Wedding Season

Did you know Amitabh Bachchan has been concealing his burnt hand during shoots of his films in different ways? – Times of India