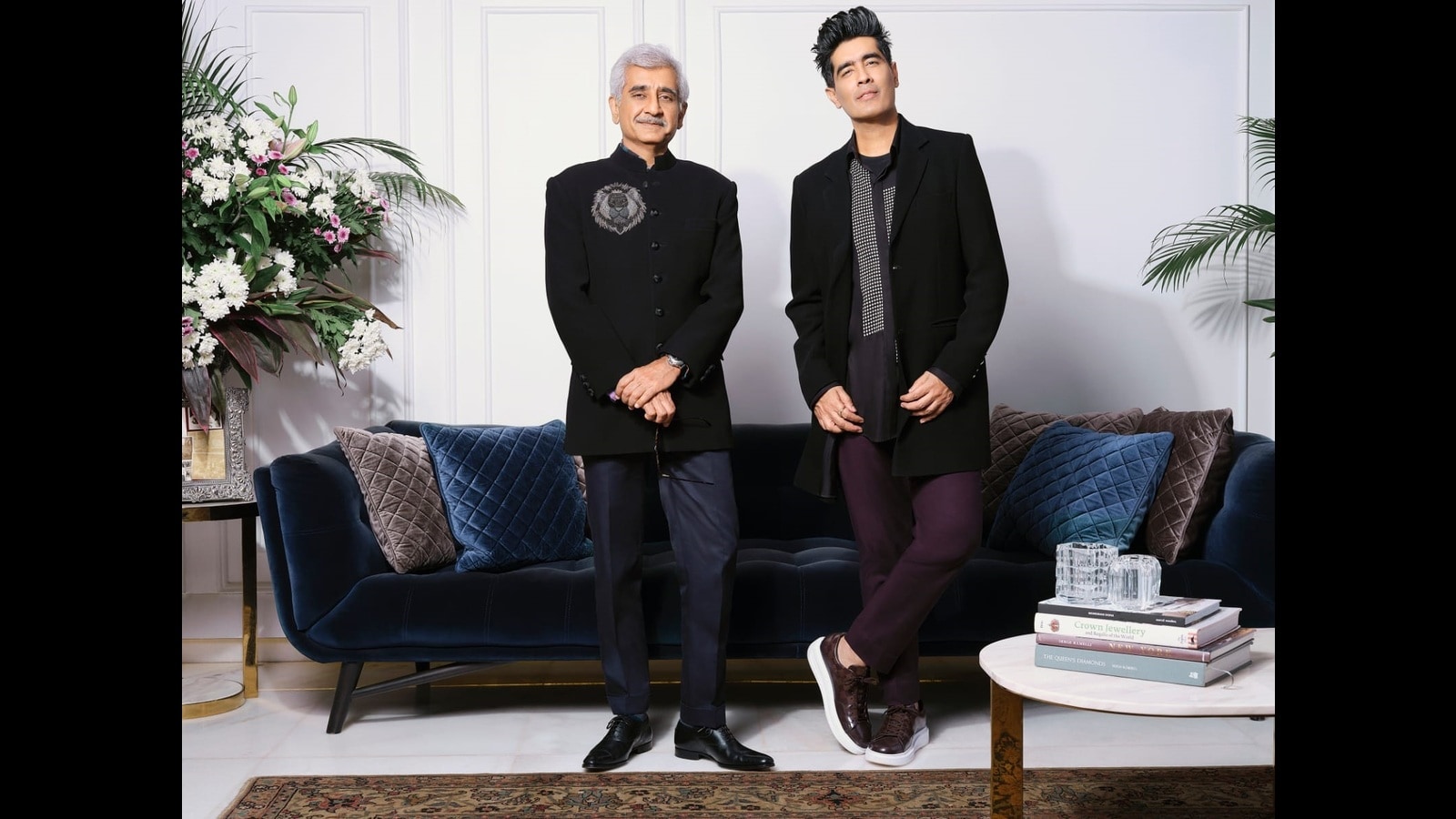 In what is perhaps the biggest recent collaboration in the luxury-lifestyle segment, Reliance Brands Limited (RBL) has acquired a 40% minority stake in couturier Manish Malhotra’s 16-year-old luxury label. Manish Malhotra will continue to be the managing and creative head of the label that runs three stand-alone stores in Delhi, Mumbai and Hyderabad, in addition to the country’s first 360 degree virtual store. The announcement comes days after Malhotra’s inroad into the crypto world with the launch of a non-fungible tokens (NFT) collection that became the fastest selling of its kind in India. In a joint interview, Darshan Mehta and Manish Malhotra elaborate on the deal that could well charter a new growth dimension for Indian luxury.

RBL already has a bevy of International luxury labels in its fold. What led to this new collaboration with Manish Malhotra?

Darshan: In the last few years, we’ve seen a shift in the luxury market from the West to the East. Till a few years ago, the consumers, even from India, were mostly wearing brands with western logos. But as their sensibilities changed, a new confidence in their own emerged. The new base of luxury consumers are younger, more agile and are coming from this part of the world. A few years ago I used to say in jest that the next Georgio Armani or the next Calvin Klein would come out of India or China. It’s all turning out true over the last few years. Also, for more than a year, Isha (Ambani) has been at the helm of our retail business. She’s deeply connected with art, culture and design and has been quite a crusader for these. Her belief was that while we have a beautiful bouquet of brands from the West, we must now have great luxury brands from our part of the world. And when it comes to that, the Holy Grail ends at Manish Malhotra. There are fashion brands and there are entertainment brands. But someone who beautifully sits at the intersection is Manish. He had to be the obvious answer. This was a match just waiting to happen.

Your label is ruling couture for years. Why did you feel the need to corporatize now?

Manish: Honestly, I never thought of it for the longest time. I felt I would always continue to build the brand on my own. But in the last one year, I saw a huge change. Technology and sustainability became big driving forces in fashion. This opened doors to a lot more verticals. When you want to tap into newer challenging avenues, a good partnership is critical. Today, collaboration is the key. If I wanted to make my brand truly global and diversified, I had to collaborate. I was getting several offers from all over, but with Reliance, I felt complete faith and alignment. I’ve been a great admirer of the organisation’s thought process and way of working. They are passionate for art, culture and are the only ones to have the entire spectrum – from high-street to absolute luxury brands. For me, it was clear that if there was to be a partner, it would be them. Otherwise I would not get into a collaboration at all.

Despite the Covid impact that many industries continue to reel under, the luxury market seems to have had a remarkable recovery. Is this collaboration, therefore, strategically timed?

Darshan:I have been blown away by the sheer way the luxury market has recovered in the July-September quarter. We have already overshot our 2019 numbers by 20%. It’s a tide that is clearly rising, if you look at the long term trajectory. The personal and luxury market, and the big-spend events such as weddings have only seen an upward trend. But in terms of this announcement, this timing is immaterial. We have been analysing the potential of this partnership over a long time. It comes from a deep rooted belief that our partnership with Manish will be the answer to the question that’s been asked for years now – why has there not been a luxury brand from India? Time will tell, but I believe that with Reliance and Manish coming together, people will stop asking this question three years from now.

Will this collaboration focus on Indian ethnic wear, or go beyond?

Manish: It will certainly go beyond. Of course we’ll showcase the best of Indian wear too, but it’s all about taking India international. It’s not just about going and doing a show abroad, the vision is to become a truly global player on international fashion platforms. We already have globally renowned fashion designers from places like Lebanon, or from countries in Southeast Asia. But we’d now want to see a designer from India on the global map.

Darshan:Let me add a perspective from my ‘fresh eyes’ as opposed to someone who is deeply looking at fashion everyday. I don’t think Manish’s design philosophy is in any way confined to Indian wear. In fact, in my team, nobody dare address a designer as an Indian designer. We would like them to be known as designers out of India, while having a truly global sensibility of style and fashion. Manish works a lot with Indian traditional craftsmen and artisans, but he takes these crafts and interprets them in a very millennial way.

Manish: It’s like speaking in a very International glamour language. Showcasing our Indian heritage, and still doing it in a very globally understood way. There is synergy and fluidity that’s all pervasive now.

What shape and form would this global expansion take?

Manish: It’s going to be an amalgamation – from having our own International stores, to being part of stores that have a cultural mix of designers, from using technology and e-commerce to hosting trunk shows all over the world.

Darshan: Manish already has a very rich cache of customers across geographies in the world. Increasingly, we are anyway becoming channel agnostic. Channels are getting blurred and reshaped. Maybe in the near future, we could look at having a Manish Malhotra store on Instagram, or a pop-up for customers from across the world. We definitely have plans from this partnership, and while the endgame remains clear, the form that the outreach may take could evolve dramatically in the times to come. It’ll eventually be Manish’s vision, and as an ally we will support him in every way. To him we say, as the Def Leppard song goes, “I’ll be two steps behind you”.

Manish Malhotra’s brand has the USP of ultra-luxury. Could this partnership mean there being a value-version in future?

Darshan: We are clear at not looking at the Balkanisation of Brand Manish Malhotra. Just as there is one Dolce & Gabbana, one Prada, there is going to be one Manish Malhotra. There may be creative interpretations, but we are not looking at a diffusion line of the brand. That’s a thumping No. There will never be a volume-play just because a corporate has come in.

Manish: We would never take away the essence of the brand. At all. We will of course expand globally, but not compromise on the aesthetics.

What’s that one thing that made this partnership happen, and will make it thrive?

Darshan: It’s a leap of faith for us. And there are no half-way measures to that.

Manish: I have a very strong belief in myself, and my capacity to work towards making this work. I’ve taken my time in deciding that I wanted a partner for my label, but once I’ve taken that decision, there is no more thinking. This is exactly how I wanted it.

The best dressed stars at the Bond premiere