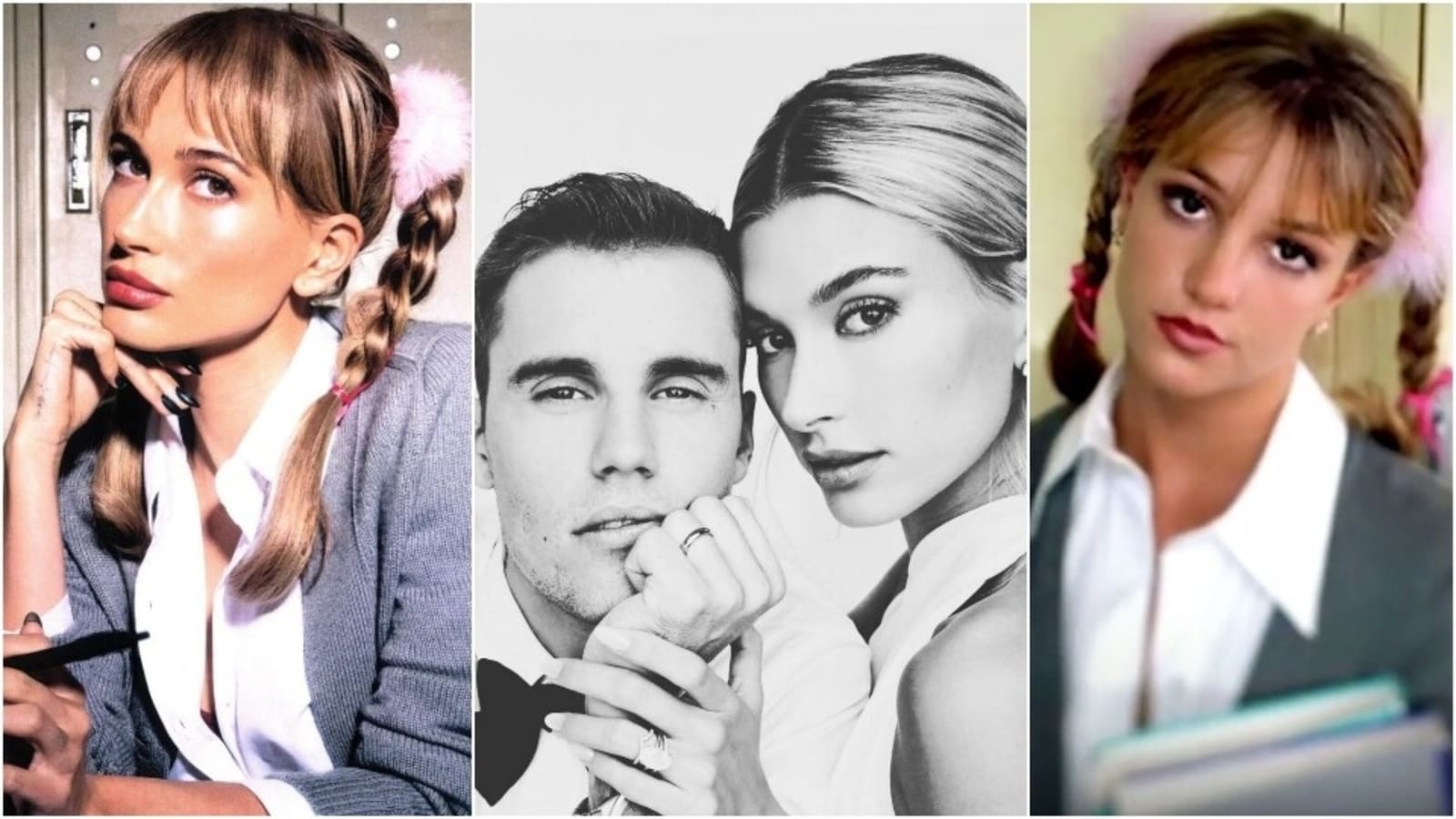 Singer Justin Bieber and his wife Hailey Bieber love Britney Spears. How do we know? Well, their latest Halloween posts say so. The Baby singer’s model wife chose to go as pop icon Britney Spears for Halloween celebrations. The 24-year-old wore costumes inspired by some of Britney’s most memorable looks, and she nailed each of them perfectly.

Hailey took to Instagram today to share with her followers how much she loves Britney Spears. The model revealed that hers was the first concert she attended. “Happy Halloweekend. The first concert I ever went to was the queen @britneyspears and I’ve been shook ever since,” Hailey wrote.

The model chose iconic looks from Britney’s hit songs like Baby One More Time, Oops…I Did It Again, and more. She also replicated Britney’s Rolling Stone Magazine cover for her Halloween look. Hailey’s Britney avatars got praises online, and even Justin couldn’t stop himself from showering his wife with compliments.

Justin also shared Hailey’s photos on his Instagram page and praised his wife. He even expressed his love for Britney in the caption. “Baby you killed this. @britneyspears we love you,” Justin wrote.

While Hailey chose looks inspired by Britney Spears, Justin wore a bear costume for Halloween. He even had a quirky pun-intended caption for his Halloween post, “It’s the bear necessities of life.”

Meanwhile, Britney Spears was in the news after a Los Angeles court suspended her father, James Spears, from the conservatorship that has controlled her life and money for 13 years. The decision came months after Britney pleaded for her father’s removal in dramatic court hearings.

The singer also got engaged to her longtime boyfriend, Sam Asghari. Britney and Sam met while shooting for the music video of her single, Slumber Party, in 2016.

What do you think of Hailey’s Britney-inspired costumes?

Surprising findings on how salt affects blood flow in the brain

All you need to know about Mosquirix, first malaria vaccine approved by WHO

The Best Humidifiers For A Healthy Home 2021

Recipe: This banana mug cake is a perfect breakfast for winter mornings