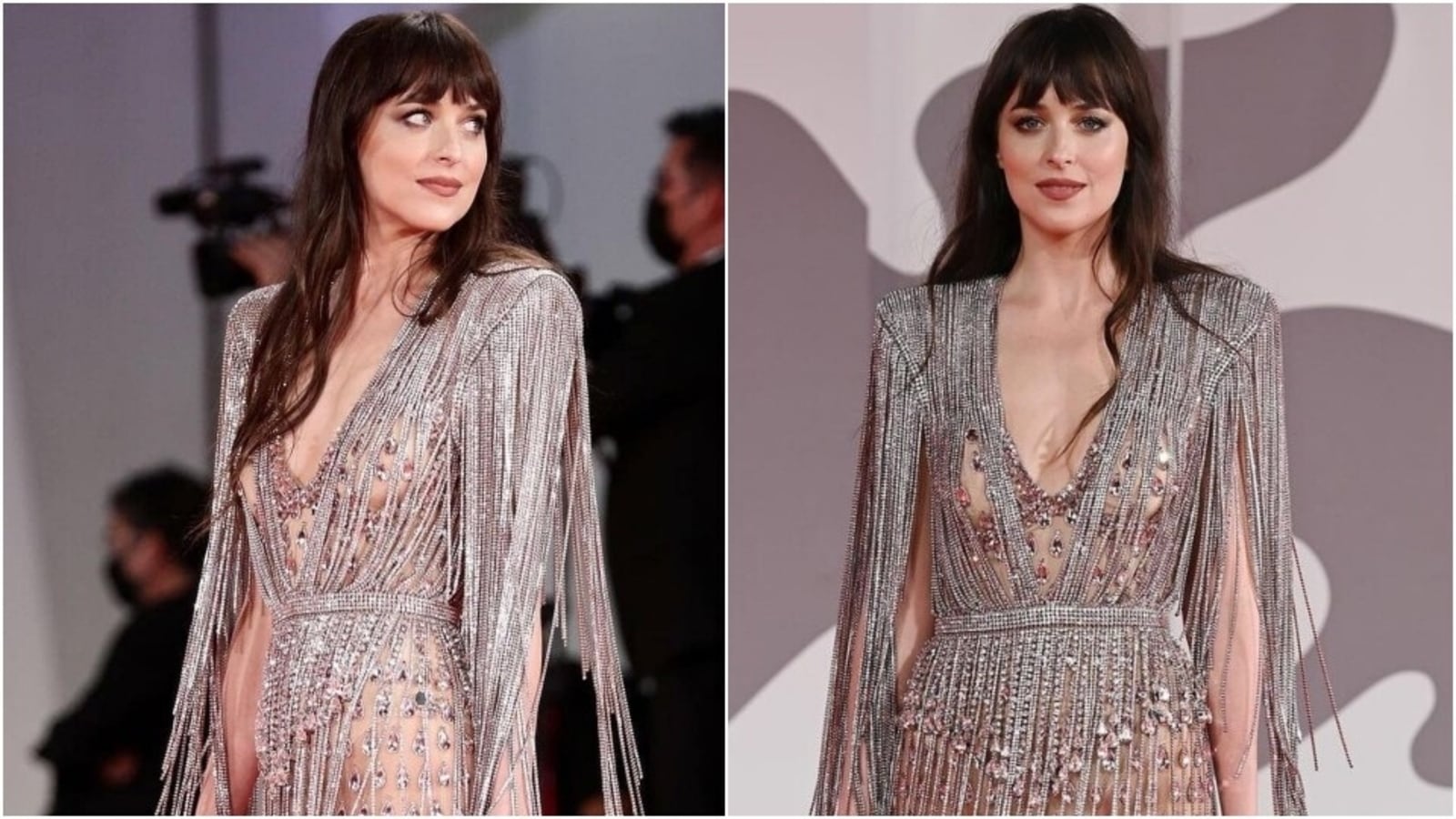 American actor Dakota Johnson arrived in Venice, Italy, to attend the premiere of her latest film, The Lost Daughter, at the 78th Annual Venice International Film Festival. The Fifty Shades of Grey star dared to bare on the red carpet in a dazzling sheer gown from the house of Gucci.

Looking bold and beautiful, Dakota walked the red carpet wearing an eye-catching silver gown with a long beaded fringe laid over a sheer glittery nude base. She teamed her dress with strappy pumps, no accessories and standout yet subtle make-up.

Take a look at her photos:

Dakota’s floor-grazing silver-nude dress features a plunging V neckline, accentuated shoulders, fringed details adorned on a sheer base, and an embellished belt cinched on the waistline.

Her dress came replete with beaded details adorned all over the see-through base. She completed the daring yet sophisticated look with a pair of chunky strappy gold heels and tousled waves.

Dakota ditched all accessories with her attire, allowing the signature outfit to be the star of the sartorial moment. She chose chocolate brown lip shade, subtle smoky eye shadow with voluminous mascara, blushed cheeks and beaming highlighter to complete her glam.

Meanwhile, The Lost Daughter is a 2021 drama film written and directed by Maggie Gyllenhaal, based on a novel of the same name by Elena Ferrante. The film had its world premiere at the Venice Film Festival. It is scheduled to be released on Netflix on December 31, 2021.

Link between ADHD and dementia across generations

I Scream, You Scream, We All Scream For Atomic Creamery

Covid is about to become America’s deadliest pandemic as U.S. fatalities near 1918 flu estimates

Wiggling worms suggest link between vitamin B12 and Alzheimer’s

10 struggles that only introverts will be able to relate to

Turkey holidays: A guide to the country’s best beaches, bazaars and buzzing bars

Barcelona forward warns rivals not to underestimate them even without Messi, Griezmann