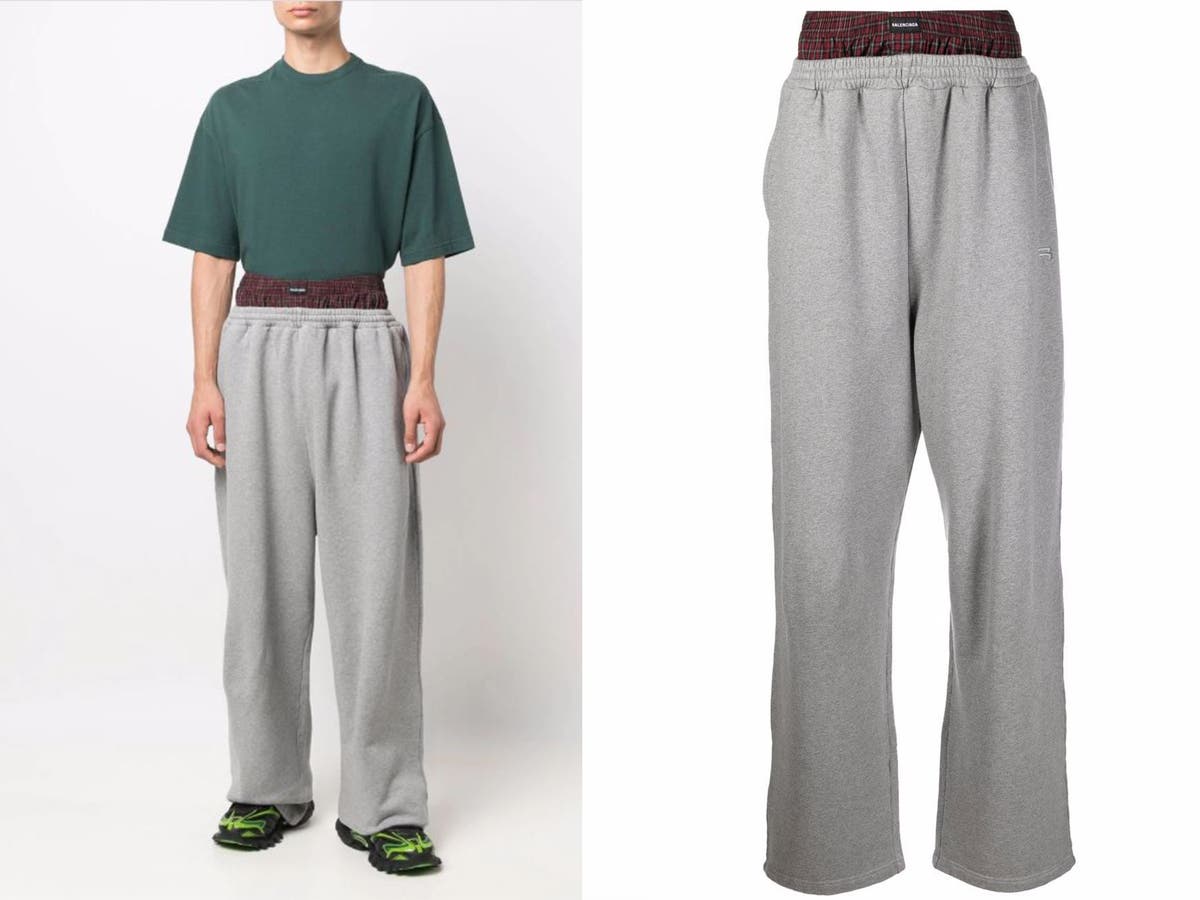 Balenciaga has been criticised for a pair of tracksuit bottoms in its latest collection that feature exposed boxer shorts detail, with one person accusing the luxury label of having “gentrified sagging”.

The design makes it look as if the wearer is donning low-hanging, loose-fitting trousers.

On Farfetch, the “Trompe l’oeil track trousers”, as they’re called, are available for £950. The name translates to “optical illusion trousers”.

But social media users have not taken to the design, with many sharing their views on Twitter.

“You have got to be kidding me,” tweeted one person.

“I vividly remember teachers saying that if we (black kids) wore our pants like this we were just gonna be statistics and not do anything with our lives… just for some years to pass and Balenciaga to sell it for 500 bucks [sic],” added another.

The sagging style that the tracksuit bottoms emulate was popularised in the 1990s by hip hop artists.

However, by the 2000s, many schools, airlines, and local governments in the US imposed laws and regulations against wearing sagging trousers, which many people remarked upon on Twitter.

“Just a reminder that there has literally been legislation to criminalize Black people for sagging,” one person wrote.

“There have literally been laws that make it illegal to have sagging pants yet fashion designers are profiting off of the same thing Black people were criminalized for,” wrote another.

It’s not the first time one of Balenciaga’s designs has come under scrutiny.

In June, the brand released a pair of stiletto Crocs that were widely derided online.

On Twitter, one person wrote: “They say necessity is the mother of invention…tell me how this was necessary in any way shape or form?”

Adverse complications for COVID positive pregnant women and their newborns

Alaya F, in an orange bikini, will make your Sunday better

Zoning policies that boost affordable housing: Good for the heart? Study suggests such policies are associated with lower prevalence of heart disease

What is Dyspraxia? Do You Have Any of These Symptoms?