Why Monty Don is a lily lover

The word lily suggests a combination of opulent beauty and purity. Most lilies are essentially woodland plants and need semi-shade – ideally with their flowers in full sun and their roots in shade – and a woodland soil, such as leaf mould: rich, well-drained yet moist.

We find that lilies in pots do well if the potting compost is 50:50 sieved leaf mould and normal peat-free potting compost. Lilies are difficult to store because – although proper bulbs – they must not dry out.

But the main problem with them comes in the shape of an unmissable bright red beetle, Lilioceris lilii. The best way of controlling these is to check each plant every few days and remove them by hand.

Monty says martagon lilies, pictured, seem to be resistant to lily disease and he has some that return like old friends year after year 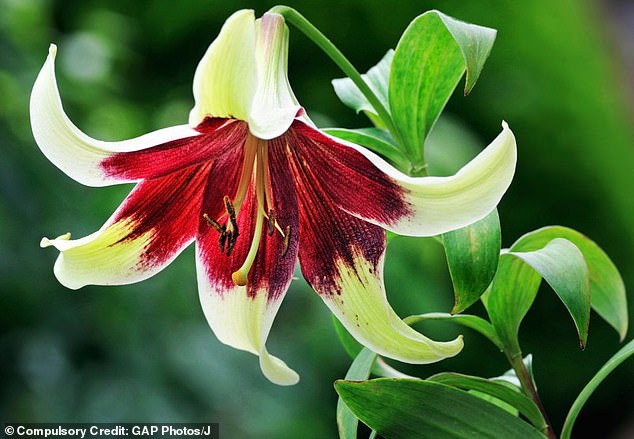 UK-based garden expert says  L. nepalense, pictured, is ‘family’ as it was introduced to Britain by his forebear, the plant collector David Don

Lily disease is a fungal infection that can appear as dark green spots on the leaves, which then turn brown and die off. The flower buds wither and fail to develop.

Like most fungal problems it’s worse in a wet summer. But however bad the damage to the plant above ground, the bulb remains unaffected and a new flowering stem will emerge the next year.

Most plants grown in a container will exhaust the nutrients from the compost they were planted in after about six weeks. To perform at their best all summer they need a regular feed.

This should be high in potash for root and flower formation, but not high in nitrogen as this only promotes foliage.

Feed once a week and don’t make the feed stronger than the instructions say because plants can only absorb a limited amount of nutrients at any one time. 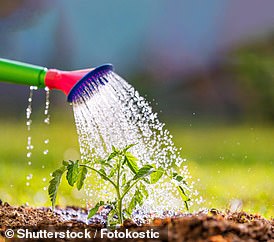 Remove and burn all affected material. Martagon lilies seem to be resistant to lily disease and we have some that return like old friends year after year, although they took three years to produce flowers after planting.

It was worth the wait. Each extravagantly beautiful flower is a Turk’s-cap type – its petals hang straight down before curving back to form a ‘turban’ – and there are up to 50 of these on each stem.

Mine are a shocking pink with plum speckles at their base and orange anthers, but there is a white form, Lilium martagon var. album, and a maroon one, L. m. var. cattaniae.

They’ll naturalise in long grass or dappled woodland and are ideal for growing beneath trees or shrubs. In the Walled Garden I have L. regale, or regal lilies, which are at their best in early July.

These were famously discovered by Ernest Wilson in a Chinese valley in 1903. He brought bulbs home and since then these have been the most popular garden lilies and the easiest to grow.

The buds are pinky-purple flushed with a touch of grey, sticking out at right angles to the stem like speed boat hulls, and they open white with a yellow flush at the base of the petals. The scent from these voluptuous trumpets is as full-throated as nightingale song.

We grow ours in a sunny corner, in the company of Acanthus spinosus and the rose ‘Charles de Mills’, and for a month in midsummer this is as opulent as an English garden can get; yet the plants take the wet, cold and wind in winter without any trouble.

I grow L. henryi in the Damp Garden among the hostas and ligularias, and it thrives with practically no attention, producing orange flowers from July through to September on stems a good 2m tall. It’s an easy, even friendly, plant to grow, tolerating most soils and with great longevity.

Also in the Damp Garden I have L. nepalense, but in a more modest clump. It has the habit of popping up by virtue of its stolons, which creep underground from the mother plant before breaking cover to flower.

The flowers are anything but modest with glorious lime-green petals and maroon interiors. I guard it jealously because L. nepalense is ‘family’ – it was introduced to Britain by my forebear, the plant collector David Don.

Although it comes from the Himalayas, it shares the characteristics of South African bulbs such as Eucomis (Pineapple lily) and Galtonia (Berg lily or summer hyacinth), which is that it likes to be damp – but not boggy – in summer, and dry in winter. This is tough to arrange in a low-lying, wet Herefordshire garden.

HOW TO GROW REDCURRANTS

Redcurrants have been grown in British gardens since Tudor times. The variety Great Red Dutch, brought back from Holland by John Tradescant the Elder in 1611, became very widely popular and for the next couple of hundred years, redcurrants were a much-loved fruit – more popular than strawberries or raspberries.

They are terribly easy to grow and will tolerate deep shade, wet, cold and almost any soil condition. The best time to plant them is between October and February.

If left to their own devices, redcurrants will make a sprawling bush, but they can be trained into cordons, goblets, fans – whatever takes your fancy – which makes them great for small gardens. 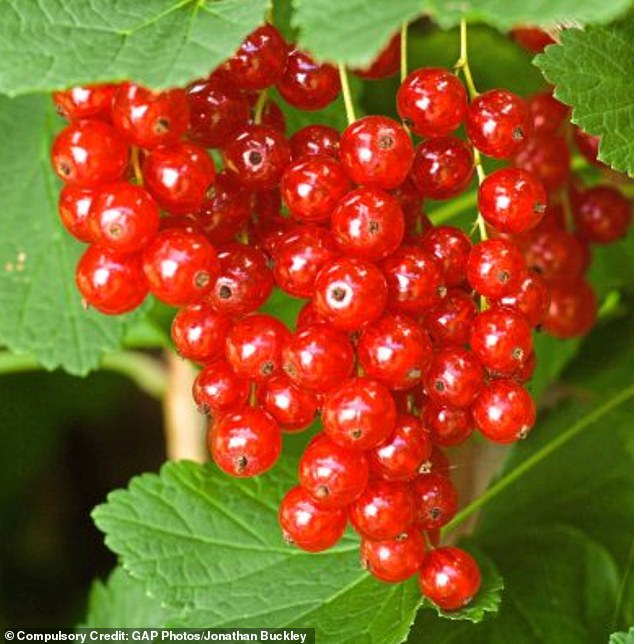 Monty says redcurrants are easy to grow and will tolerate deep shade, wet, cold and almost any soil condition

I prune all inward and crossing growth in early March and then shorten the remaining stems by a third. This keeps a good structure while encouraging new growth.

Redcurrants respond well to a feed of potash in spring, which is when I also mulch with a generous layer of garden compost. My favourite varieties are ‘Laxton’s Number One’, ‘Junifer’ and ‘Raby Castle’.

Whitecurrants are effectively albino redcurrants so should be treated identically. 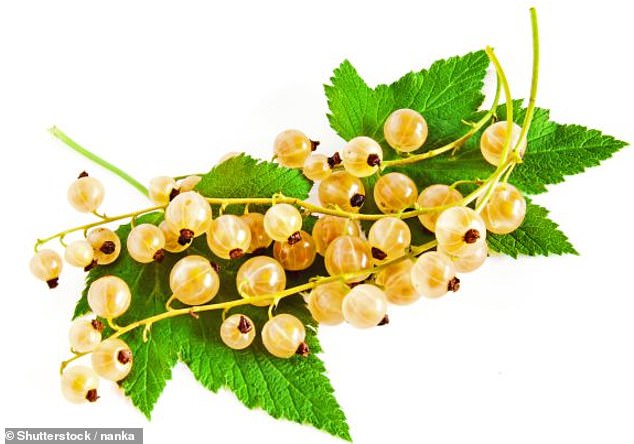 Whitecurrants are effectively albino redcurrants and should be treated the same. He added that they respond well to a feed of potash in Spring

The allure of the country pile

Rambling and climbing roses are the height of elegance, says Monty Don