Oriental poppies are a flamboyant splash of colour in any early summer border. Even the white petals of a variety like ‘Royal wedding’ or the pale pink of ‘Coral reef’ are not subtle.

They arrive in the garden like a marching band of colour and fanfare – and that is what I love about them.

The Oriental poppy was first grown in Britain in the early 18th century by the royal gardener George London, and for 200 years was only available in shades of orange or crimson. But over the past 100 years or so, dozens of colours have been bred.

A display of Oriental Poppies. When they were first introduced to Britain in the 18th century there were only available in shades of orange and crimson. Over the past 100 years, dozens of colours have been bred

I had grown them for years, with ‘Beauty of Livermere’, ‘Allegro’ and ‘Patty’s Plum’ reliably returning for a glorious few weeks at the beginning of every June – until they didn’t.

One year they were feeble, the next they all but disappeared. I’ve never quite worked out why, but have learned that failure after a string of unthinking successes is the best way to start to learn about a plant because, perhaps for the first time, you really have to start to focus on it. 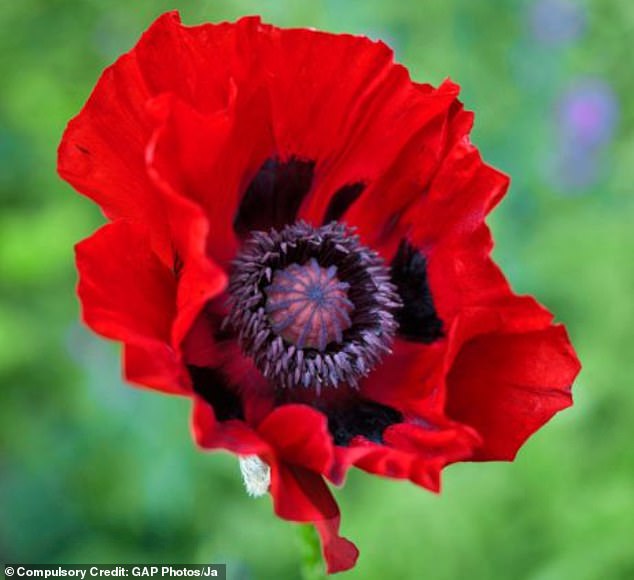 Q My 30-year-old evergreen honeysuckle is in need of renovation as it’s now quite bushy, with just leaves on the outer layer and few flowers. How should I do this?

A Honeysuckles respond well to hard pruning, and the best time for hard, regenerative pruning is in late winter, after new buds appear. Cut down to low, healthy buds, which will produce new growth that you can train and keep pruned to a more controllable size.

Q When and how should I prune my lovely ceanothus?

A The best way to prune evergreen ceanothus to curtail its size is to cut back long flowering shoots by about half immediately after flowering.

Q I’m growing runner beans under glass in a conservatory but although the plants are doing well, I’m getting large leaves at the base. I’m sure I heard years ago that if you cut the leaves in half, it helps the plants. Have you come across this advice, and if so, would you recommend following it?

A I’ve not heard that, and you don’t need to do anything to runner bean foliage. But the plants do thrive in humid conditions which are hard to replicate in a conservatory, so mist every couple of days and keep well watered.

Last year I bought a new batch and planted them. They grew happily although, because they were young, they flowered modestly.

In the Jewel Garden I replanted ‘Beauty of Livermere’ and ‘Allegro’. The latter is shorter and should be at the front of a border, whereas ‘Livermere’ can hold its own among surrounding plants; I also added a new addition, the aptly named ‘Brilliant’.

Whereas Oriental poppies had been a mainstay of the early summer Jewel Garden display for over 20 years, I had not previously grown any in the Cottage Garden where the predominant colours are soft pinks, peaches, apricots and blues. But last spring I ordered and planted out a dozen ‘Prinzessin Victoria Louise’, which has salmon pink flowers, a deep purple eye and a dark purple blotch at the base of each petal.

When fully mature, the plant will have a spread of 60cm and the flowers can reach 90cm tall.

The key to keeping Oriental poppies happy is to give them rich, free-draining soil, plenty of sunshine (although they will take a little shade) and, critically, to cut them back hard after flowering. Firstly, this will stop the foliage becoming soggy and creating a rotten mulch over the crown.

Secondly, it’ll let light and air in that will encourage regrowth and, most years, reflowering in late summer. Just as you want to avoid its own foliage from smothering the crown, it’s important to give it room to breathe by not letting neighbouring plants become overpowering.

I suspect that my carelessness to maintain this among the vigorous summer growth all around hastened their demise.

If you want to reproduce the same flower colours, lift the plants in the autumn, divide them and then replant the pieces.

They also take easily from root cuttings. This is a slower method but more prolific.

Lift a plant in early September and cut off sections of root about the thickness of a pencil and a couple of inches long. Cut the bottoms at an angle and push them into a gritty, peat-free compost round the edge of a pot so that the flat tops are level with the surface.

Water them and put them on a windowsill, cold frame or cool greenhouse. When new growth appears, pot them up individually and plant them out next spring. 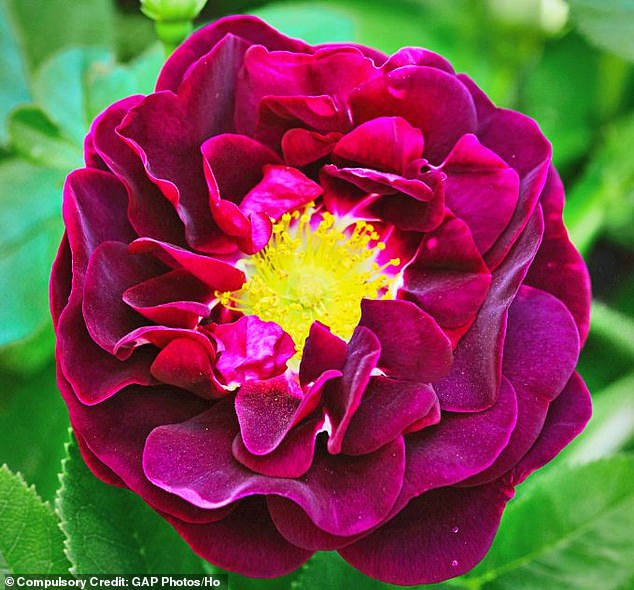 This is in fact two roses, ‘Tuscany’ and the more modern version, ‘Tuscany Superb’. ‘Tuscany’ is very old and quite tricky to get hold of, whereas ‘Tuscany Superb’ is widely available. Both are beautiful and it is worth growing both if you can.

Both have deep, velvety red flowers and prominent yellow stamens. They will both grow in a container and are as tough as old boots so will happily cope with poor soil, and are easily propagated from hardwood cuttings taken in late summer or autumn.

Jacqueline Jossa on confidence, learning beauty lessons from her mum and finding ‘me time’

The $30 Billion Reason Media Companies Are Pivoting To Vices

3 Surprise Rams to Watch, Including One Showing ‘Real Development’

Alia Bhatt Opens Up on Casual Sexism, Says People Think Women Are PMSing if They Are Being Sensitive