Blossom works on us in a way that few other flowers do. It is partly promise, as that froth of flower is as life affirming as anything you’ll set eyes on for another year, partly surprise, because trees in flower continue to amaze us, and partly the hint at fecundity, since all blossom is merely a precursor to possible fruit.

In my garden and in the countryside of the Welsh Marches around us, the hedgerows are out and clothed in blooms by the end of April, and apple blossom provides a grand finale in May. Blossom unfolds as a procession, moving slowly through the landscape through the spring, depending on where you are in the country, like the gorgeous retinue of a benign emperor.

First is the blackthorn, Prunus spinosa, more often playing a minor role in a roadside or field hedge than planted in a garden. It is a plum of sorts, and the tiny white flowers convert into sloes that wither the inside of your mouth with their astringency.

Just after the blackthorn comes the damson blossom, also pure white, dotted along the hedgerows between the cathedral cities of Hereford and Worcester like crenellations. The plum blossom follows just after damson, overlapping by a few days, just as the fruit is changed from strong and small to full and sweet by the process of breeding and hybridisation.

Plum blossom sits on the trees thinly, measured as much by the sky between the flowers as the massing of the blooms themselves.

Next is the wild cherry, Prunus avium. I have a couple of these growing in the Coppice.

Now is the time to sow the seeds of tender annuals like Tithonia rotundifolia, Leonotis leonora, zinnias and Cosmos bipinnatus. They can’t be safely planted out until the last risk of frost has passed – mid-May for me and a few weeks later for those further north.

Sow in a seed tray, evenly spaced and with peat-free compost, and place somewhere warm. Prick out the seedlings into small pots once large enough to handle and harden off before planting into borders after about six weeks. 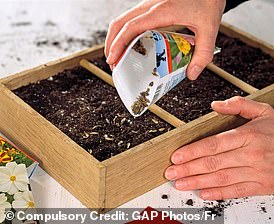 Sow in a seed tray, evenly spaced and with peat-free compost, and place somewhere warm

They make large trees, up to 20m (65ft), often seen at the edge of a wood. Prunus avium ‘Plena’ is much heavier with flower and probably the one to plant in your garden.

It also flowers a month later than the fully wild version, along with the sweet cherries.

Ornamental cherries are the most popular of all flowering trees on account of their range of blossom, from the almond-like Prunus × subhirtella to the hanging white flower bells of ‘Tai Haku’, which we have at home in the Damp Garden.

Crab apples and pears come into flower at around the same time, according to variety. Certainly they always precede the earliest apple blossom.

Quinces are next (not the much earlier chaenomeles but the tree, Cydonia oblonga). Quince blossom is one of my favourites, having flowers with an entrancing delicacy and sublime fragrance.

Crab apples are also wonderful in a much more cheekychappy way. I don’t know quite how they create that effect, as they have perfect pink and white flowers that can fill the air with their scent, but compared to the bone-china refinement of quince or the purity of pear blossom, that is the result for me.

Pear is my favourite blossom, either in a great tree with the blossom piled up cumulus-like, or stretched out along the espaliers in the Ornamental Vegetable Garden. It is dainty – the flowers crowd into the branches but somehow politely so.

They are always pure white and carried while the leaves are only just beginning to open. In fact, the first flowers arrive on bare branches and the last are frilled with the green of the emerging leaves.

The first apples in my orchard, such as ‘Tydeman’s Early Worcester’, which has magnolia-pink flowers, start in mid-April, and the last, ‘Norfolk Beefing’, growing by the compost heaps, finishes fully a month later.

The real difference between pear and apple blossom, other than the pure whiteness of pear and the strawberries-and-cream pink of most apples, is that apple blossom is borne as the leaves start to emerge. This gives apple a fullness and softness that epitomises blossom-time.

Also, by the time the last apple blossom is coming out, the grass is growing strongly, the buttercups are out and the swallows are turning around in the sky. 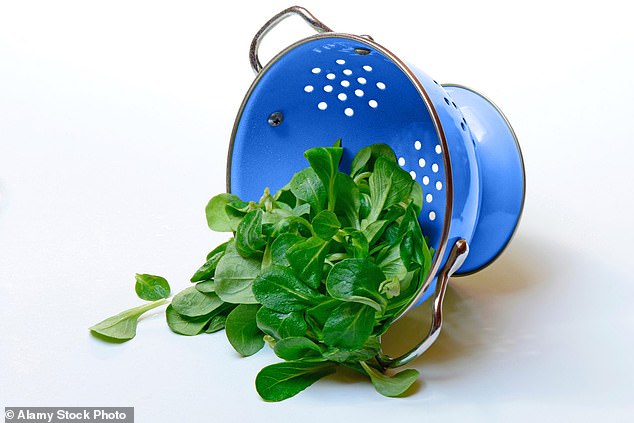 Monty says that lamb’s lettuce likes cool, moist conditions and advises to sow it in situ, either broadcast or in shallow drills

Lamb’s lettuce likes cool, moist conditions. It can be tricky to grow – it’s a hardy annual – but it’s relatively slow to germinate.

Sow it in situ, either broadcast or in shallow drills, although I often scatter seed in a seed tray and prick out the seedlings before transplanting outside. It grows slowly, taking at least a full three months from sowing to the first harvest.

Then thin the plants to 15cm (6in) spacing and cut the rosettes of small leaves with a knife. Each plant will provide at least one further harvest before going to seed.

If you have a cool, damp corner, then leave a couple of plants to go to seed there and they will regenerate themselves more or less indefinitely.

Ivy is not just for Christmas, says Monty Don

If the idea of a delicious summer crop of onions (or shallots) appeals, then get sowing now