Not quite everything in the garden wilted under the heatwave a couple of weeks ago. All the Mediterranean plants recognised the searing temperatures as familiar territory and none more so than the agapanthus that we have flowering in numerous pots around the garden.

Traditional wisdom was always that agapanthus should have their roots constrained as tightly as possible for best flowering, but actually this is not strictly true. The roots form a hard, compacted block inside a pot after a year or two, leaving no room for any potting compost, and yet still flower, which has led to this idea of maximum restriction.

However, they grow from rhizomes (underground stems), fed by the previous year’s foliage, so their flowering is always a year out of kilter with what is happening with the roots and leaves. The ideal situation for them is to have an inch or so of free-draining but rich peat-free compost to grow into below and around the roots, and they should be repotted when their roots touch the sides of a container, before they become tightly wedged.

Of course, if you are growing them in soil, their roots can roam free. They hate being wet over winter, which is why I have not grown them in a border for years, but last autumn I made new beds on a steep slope on the sides of The Mound and planted agapanthus into them.

So far so good, but the real test will be how they fare over winter. 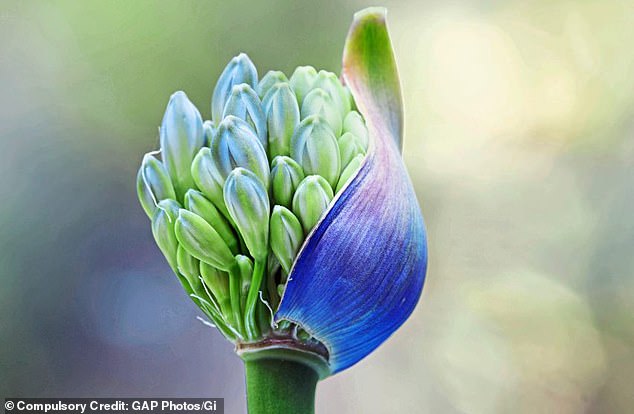 Agapanthus will provide a glorious display under the hot summer sun. All agapanthus need dividing and repotting every few years

Q My magnolia tree is getting too big. When should I trim it?

A If it’s a deciduous magnolia, the time to prune is between now and early October. Cut back as necessary for space, but keep pruning to a minimum. Evergreen magnolias should be pruned only if necessary, in early spring as you see signs of new growth.

Q My runner beans have lots of flowers but no beans appear to be setting. Any idea why?

A They could be either too wet or too dry. Beans like plenty of moisture but do not want to sit in a bog. And if you have light, free-draining soil and do not water frequently they will dry out and that will result in no beans. Runner beans like warm, shady conditions, not blazing heat, so if temperatures are too high they will also fail to set fruit. Finally, a lack of bees or other pollinating insects may be the cause.

Q I have filled in a pond with rubble and then a foot of (poor) topsoil. What should I plant?

These border agapanthus are A. campanulatus, and have 1m (3ft) high stems with small flowers that are of a particularly intense shade of blue and slightly glaucous leaves.

They are herbaceous, but had I planted evergreen types, such as A. praecox and A. africanus, I would not risk leaving them out all winter as evergreen ones are much more tender, and despite the gradual heating up of our climate we still have some very sharp frosts every winter.

A. ‘Headbourne Hybrids’ is a cross between evergreen and herbaceous, so it retains the size, quantity and vibrancy of the flowers of the evergreen types while being notably hardier (yet still not truly hardy).

I also grow A. ‘Loch Hope’, which has narrow leaves and plenty of dark blue flowers on a 1.2m (4ft) stem that appear a little later in the summer, and A. ‘Polar Ice’, which has pure white flowers that last for ages, from July to mid-September.

All agapanthus need dividing and repotting every few years. The best time is in spring, just as they start new growth, and the easiest way is to cut the fleshy roots in half with a sharp knife.

Pot them on into a container that has a little room for the roots to grow into. Use a peat-free potting compost (I add about a fifth in volume of well-sieved garden compost), and add lots – as much as 50 per cent volume – of grit to ensure really good drainage.

Give them a good soak, then water once a week until they finish flowering.

As soon as the flowers fade, cut off the stems at soil level so all the plant’s energy can go into developing the buds for next year’s flowers, which will already be forming. Water regularly until October, then once a month over winter.

Resume the weekly watering regime (and adding a weak dilute comfrey or seaweed feed will do no harm) when growth begins again in April. 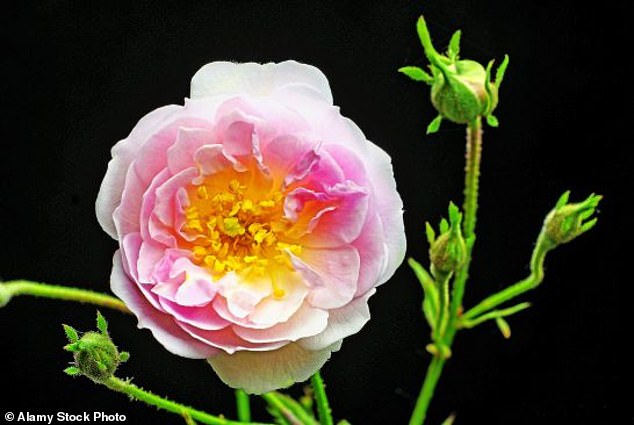 Rambler roses, such as ‘Paul’s Himalayan Musk’ (pictured) and ‘Wedding Day’, produce next year’s flowers on this summer’s growth, meaning they should be pruned immediately after they have finished flowering

Rambler roses, such as ‘Paul’s Himalayan Musk’ and ‘Wedding Day’, produce next year’s flowers on this summer’s growth, meaning they should be pruned immediately after they have finished flowering. The vigorous new shoots should be tied in or cut back.

If training round a vertical support, wind the stems in a spiral. Otherwise, the more horizontal the stems are, the more flowers will be produced next year.

Remove damaged and very old shoots, cutting them right back to the ground.

Garden of solace that grew into a winter

YOUR OWN ROYAL GARDEN: There are plenty of regal roses and plants to impress the neighbours

Crypto provides fix for some in crisis-hit Afghanistan

F1: Valtteri Bottas Gifts Lewis Hamilton a Naked Photo of Himself ahead of Monaco GP

All Marilyn Monroe movies are exploitative. But Blonde shows you inside her vagina