As well as being a time to relish the flowers that are increasing by the day, February is a busy month. The days may be lengthening but they are all too short and there is much to do.

The garden has to be prepared like a ship setting out for a long voyage.

A number of plants are best pruned between the middle of February and the middle of March. These tend to be those that flower on new growth for which pruning hard will stimulate lots of flowers.

But inevitably there are exceptions.

When pruning clematis there is one vital consideration: when does it flower? The old rhyme, ‘If it flowers before June, do not prune,’ will get you out of most trouble, but clematis can be subdivided into three flowering groups.

Group one is early-flowering clematis (which means up to late May) and includes Clematis montana, C. alpina, C. armandii and C. macropetala.

These tend to have many small flowers that are produced on growth made the previous summer.

So if you prune in early spring you will not harm the plant, but will radically reduce the quantity of flowers. Ideally trim as necessary (to shape and size) in June. 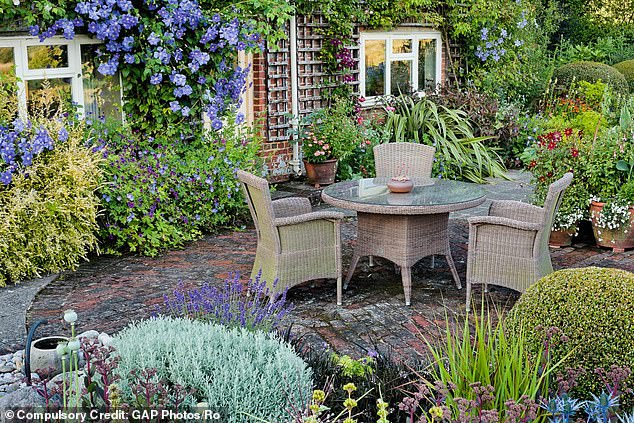 Group two is mid-season clematis (late May to early July) and these tend to have much less vigorous growth and much larger flowers. They include ‘Niobe’, ‘Barbara Jackman’, ‘Nelly Moser’, ‘The President’ and ‘HF Young’.

These often flower twice, first on growth produced the previous year and again on new growth.

HOW TO CHIT POTATOES

Chitting – letting seed potatoes sprout before planting – improves the yield of earlies but appears to make no difference to maincrop harvests.

There are more than 400 potato varieties, in three groups: first earlies, second earlies and maincrop

Put the seed potatoes upright in a tray or egg box, then place somewhere sunny and frost-free like a cool windowsill for 4-8 weeks.

Rocket’, ‘Duke of York’ and ‘Orla’ are first earlies, and ‘Roseval’, ‘Charlotte’ and ‘Maris Peer’ are second earlies.

Whatever the variety, the taste of your own potatoes, freshly dug, boiled and eaten still steaming and sprinkled with olive oil or butter and sea salt, is what gardening is all about.

The second flush is always of smaller flowers.

If you prune hard at this time of year you will not have any early, large flowers but plenty in late summer.

It’s best to remove all weak or straggly stems now as well as all growth above the top pair of healthy buds.

Group three is late-flowering clematis (after mid-June) and includes C. ‘Jackmanii’ and C. viticella. All are multi-stemmed and flower on growth made in spring, so the previous year’s growth should be cleared away in late winter. I always cut down to about 60cm from the ground, leaving at least two healthy pairs of buds.

Prune all clematis very hard (to about 15cm) when you first plant them to encourage healthy growth from the base of the plant.

Buddleja davidii can also be pruned right back in late winter to a couple of healthy buds.

This means removing 90 per cent of all growth to a knuckly framework that will support the new shoots. B. alternifolia and B. globosa both flower on wood made the previous year, so, like early-flowering clematis, should be pruned back by a third immediately after flowering.

Older stems can also be removed right to the ground at this point to encourage replacement growth.

Not only does it make life much easier but it also makes for cleaner cuts and therefore causes less damage to the plant.

Until new foliage grows, pruning removes potential food from the plant so mulch all climbers and shrubs with a generous layer of compost when you have finished pruning. Clematis respond well to a really heavy annual mulch of compost.

Clear all prunings, and if you own or can hire a shredder, shred them before adding to the compost heap.

Failing that, stack them in a hidden corner to provide perfect cover for insects and mammals.

We are entering the season of one of my favourite vegetables. Broccoli is subtle, delicate and restricted to a period that starts in the New Year and ends at the beginning of May.

Romanesco has lime-green florets and is delicious, while broccoletti is fast-maturing, with a single edible floret. But I am happy with common-or-garden purple sprouting (below). 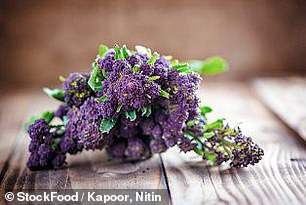 Broccoli is subtle, delicate and restricted to a period that starts in the New Year and ends at the beginning of May

Broccoli demands lots of space but I underplant it with lettuce for the first three months or so of its growing year. To this end it is best to plant the seedlings out in a grid, with each plant at least a metre apart in any direction.

I sow mine just when the harvest of last year’s sowing is hitting its stride, in mid-March.

It is easiest to sow them in plugs, thinning to one seed per plug, then potting them on into generous pots (at least 8cm) so they can develop a decent root system before planting them out in early June.

I always add 3-5cm of compost to a brassica bed, working it in lightly so the plants grow strong and lusty. Firm the young seedlings into the ground fiercely well. A year later, treat their harvest like a luxurious treat rather than a worthy-but-dull health food.

F1: Will Give It Everything To Win in Turkey, Says Lewis Hamilton

EXPLAINED: What is Monkeypox? Symptoms, Transmission and Why Cases are Rising in Europe