What does the Epic Games v. Apple court fight mean for iPhone owners? 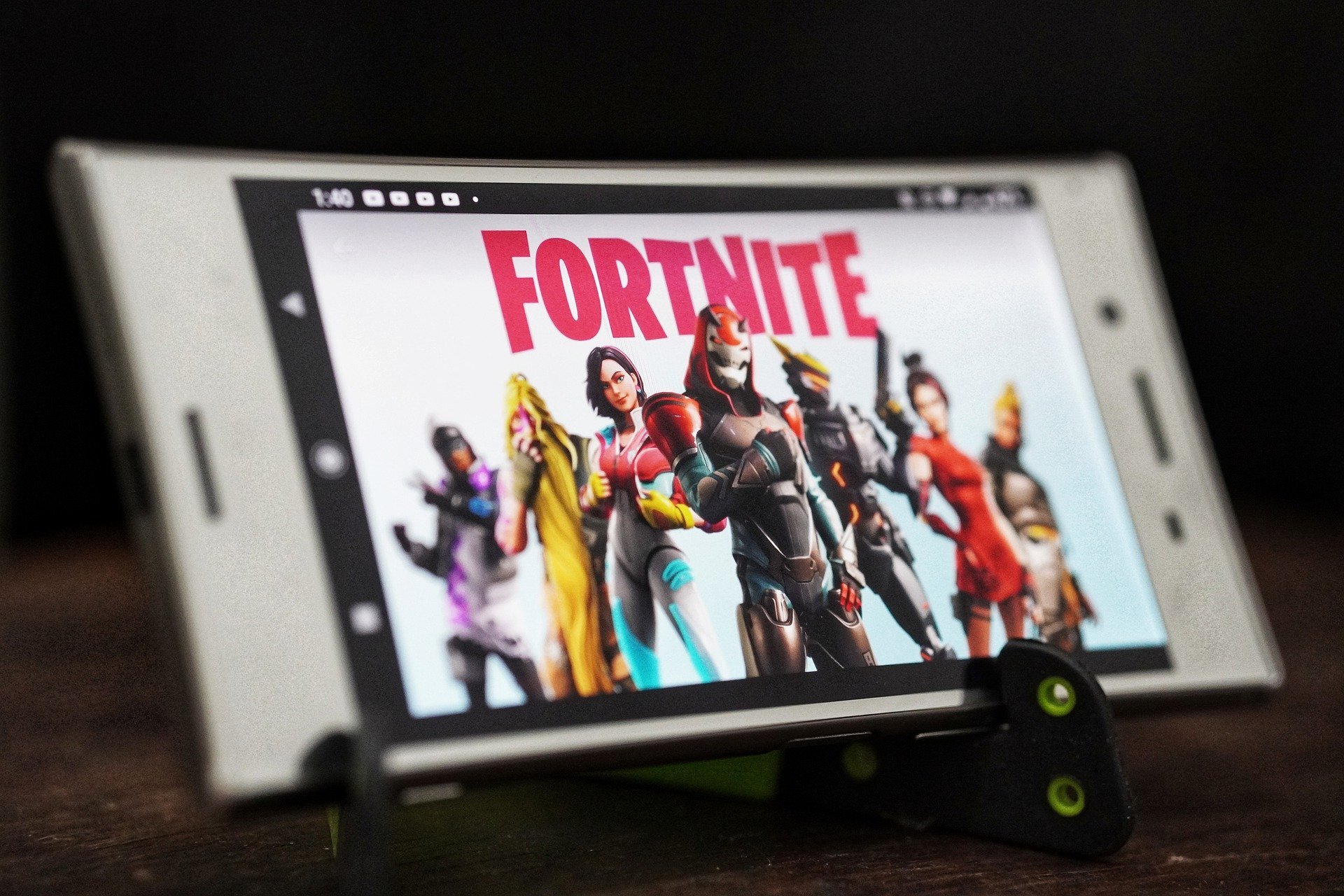 The way you buy things inside of apps on your iPhone, like news subscriptions or a signature dance move on Fortnite, is poised to change.

Last week, Judge Yvonne Gonzalez Rogers, of the U.S. District Court for the Northern District of California, handed down a ruling in the high-profile Epic Games v. Apple antitrust case that has the potential to bring real changes to the App Store.

But the decision, which pitted North Carolina-based Epic against the largest tech company in the world, is far from settled.

All of this stems from Epic’s decision in August 2020 to place an alternative payment system within the iPhone and Android versions of its popular game, Fortnite—a move that allowed the company to ignore the 30% in-app purchase fee both Apple and Google levy. Previously, every time a player bought a new costume, weapon or dance move in Fortnite on the iPhone or iPad, Apple took 30% of the money.

Both Apple and Google then booted Fortnite from their respective app stores, leading Epic Games to sue both companies for violating antitrust laws in the way they operate their app stores.

The judge’s ruling is set to take effect within 90 days, unless a higher court steps in and changes things.

On Sunday, Epic Games asked for a higher court to review Gonzalez Rogers’ decision, filing an appeal to the United States Court of Appeals for the Ninth Circuit.

So, it might be some time before these changes end up taking effect.

Here’s what you need to know about the fallout from Epic Games v. Apple.

What was the ruling?

In the 185-page judgment of Epic’s lawsuit, Gonzalez Rogers (the lawsuit was not heard by a jury) ruled that Apple no longer can block developers from communicating alternative payment options to customers outside of the App Store.

That is a change from how the App Store has operated since its inception. The iPhone maker has historically barred developers from telling customers that they can pay for in-app items, like subscriptions or virtual currency in a video game, outside of the actual app themselves.

Apple did this because it takes a 30% cut—a 15% cut for some smaller developers—of all purchases made within an app, and forces developers to use Apple’s own payment system.

Gonzalez Rogers’ decision means that developers now have more leverage to tell users how to pay for things outside of the app.

However, Epic’s larger point of contention—that Apple operates the App Store as an illegal monopoly—was denied by Gonzalez Rogers, who said that the video-game maker did not prove that in court.

“While the Court finds that Apple enjoys considerable market share of over 55% and extraordinarily high profit margins, these factors alone do not show antitrust conduct,” she said. “Success is not illegal.”

What does the ruling mean for how I use apps?

While the way you download apps will not change, be prepared for more notifications from apps asking you to pay for things outside of the App Store.

The ruling means for the first time that when you go to buy something within an app, developers can now say you don’t have to pay for it via Apple’s payment system.

In fact, they likely will tell you that you can buy it cheaper using a different payment system because it no longer will be subject to a 30% fee. However, you will need to go to a website outside of the app to complete the payment.

One potential quirk revolves around the definition of what a “button” is.

Gonzalez Rogers’ ruling states that Apple can’t ban developers from including “buttons, external links or other calls to action that direct customers to purchasing mechanisms.”

That leaves a lot of gray area that Epic has already drawn attention to. Could Epic place a button inside of Fortnite that opens its own payment system within the app? Or can Apple ban that and force buttons to direct customers to a website outside of the app?

Expect that distinction to be decided in court.

Will Apple make additional changes to the App Store?

It remains to be seen how Apple will react to this decision. Apple has yet to give an indication of what it plans to do.

The company could lower fees to keep people using the Apple payment processor, or it could decide to hold tight and take the bet that most customers will just keep paying the old-fashioned way.

Or it could just impose the 30% fee in a different part of the App Store, like for using the development tools it makes available for app makers.

So, who can say they won the lawsuit?

Both sides can claim at least a partial victory, while also being upset about the ruling.

One of Apple’s main App Store rules was determined to be illegal, and it could lead to it taking a smaller share of money from the App Store, a business that brings in more than $19 billion annually, according to Sensor Tower, a data company that tracks app stores.

On top of that, the Epic lawsuit showed that 70% of the App Store’s revenue came from games apps. If gaming apps, many of which are free and make money from in-game purchases, convince users to pay for that outside of the app, it could hurt Apple’s profit.

On the other hand, Apple now has a major court decision saying it is not a monopolist.

“Today the Court has affirmed what we’ve known all along: The App Store is not in violation of antitrust law,” the company said in a statement. “… Apple faces rigorous competition in every segment in which we do business, and we believe customers and developers choose us because our products and services are the best in the world.”

For Epic, the video game maker received a partial victory from Gonzalez Rogers, but its larger argument did not fare so well. Tim Sweeney, the company’s CEO and founder, expressed major disappointment with the decision, calling it a loss.

In Sweeney’s opinion, the judge’s decision did not go far enough. App developers still can’t put their own payment system within apps (the move that originally got Fortnite banned from the App Store), so getting customers around Apple’s fee requires getting them to leave an app and go to an outside website.

The ruling also doesn’t allow for alternative app stores on iPhones, keeping something like the Epic Games Store unavailable to iPhone users.

Additionally, the court ruled that Epic Games breached its contract with Apple when it placed an alternative payment system within Fortnite in August 2020. On Monday, Sweeney tweeted that Epic had paid Apple $6 million in response.

Will Fortnite come back to the iPhone?

Not anytime soon, it appears.

Epic is in no rush to comply with App Store rules and put the popular game back on iPhones.

“Fortnite will return to the iOS App Store when and where Epic can offer in-app payment in fair competition with Apple in-app payment, passing along the savings to consumers,” Sweeney said on Twitter.

When will this be ultimately resolved?

It could be awhile. When the case makes its way to the Ninth Circuit, it could be heard by a three-judge panel. That process could take several months to more than a year, meaning this case still has a lot of room to run.

Depending on the ruling there, another appeal could take the case to the U.S. Supreme Court.

In the meantime, Congress could pass its own laws that affect how Apple operates. One bipartisan bill that would change how payments are done on iPhone and Android smart phones has already been introduced.

Federal unemployment benefits end this weekend for millions of Americans. Many are scared of what comes next

Govt wants Tesla to first start production in India before any tax concessions can be considered: Sources – Times of India

Annual Inflation Back to Highest Increase in 13 Years After 0.4% Rise in Consumer Prices Last Month

ALEX BRUMMER: Covid has awakened the monetary dragon… how far are we prepared to go to slay it?

Filing Bankruptcy Doesn’t Mean the End of Your Entrepreneurship Dreams

Are These the Hidden Deepfakes in the Anthony Bourdain Movie?

Flying high-speed drones into the unknown with AI