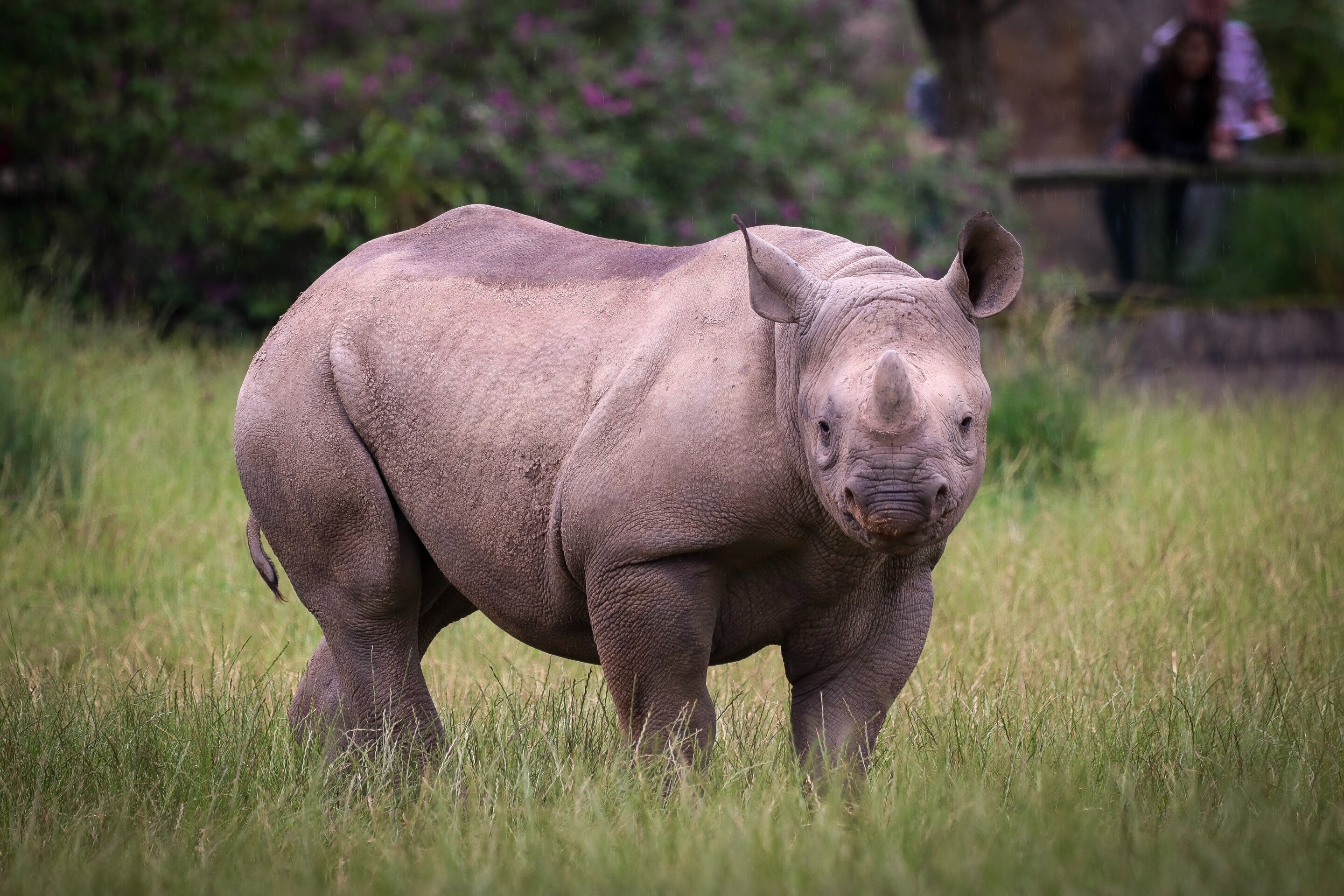 The world’s first rhino horn NFT goes on auction in South Africa this week to raise funding for conservation efforts, the company that created the digital replica said Monday.

Organisers are hoping that wealthy collectors will be willing to open their wallets for a virtual rhino horn designed to finance efforts to protect real rhinos.

It’s legal to trade in real rhino horns within South Africa, but the auction Thursday in Cape Town will sell a digital replica of a horn that’s locked away for safekeeping.

Non-fungible tokens (NFTs) have made a huge splash among art collectors who have spent millions of dollars on digital drawings, animation, piece of music, photo, or video.

An NFT’s authenticity is certified by block-chain technology, which is considered immutable, making the digital objects something that can be bought and sold.

“We came up with an idea. What if, instead of creating NFTs of art, we take it and we create NFTs in conservation and heritage assets,” Maurice Crespi, CEO of Virtual Nation Builders, told AFP.

Leading rhino conservancy Black Rock Rhino tasked the company with creating a virtual recreation of a horn, which is locked away in a vault to prevent smuggling.

“We were tasked to assist in the conservation effort to find ways to try raise money to protect the rhinos because the rhinos are being poached left right and centre, there is no really way to raise money,” Crespi said.

Black Rock Rhino is home to more than 200 rhinos. The auction, conducted both in-person and online, will raise money for the conservancy.

The NFT is structured so that if the buyer Thursday sells the virtual horn later, the conservancy will receive a commission from each future trade.

Poachers killed at least 249 rhinos in South Africa during the first six months of the year—83 more than in the first half of 2020.

The animals are slaughtered for their horns, which are smuggled into Asia where they are highly prized for traditional and medicinal purposes.

In 2017 South Africa’s top court lifted an eight-year moratorium on the domestic trade of rhino horns.

South Africa moves ahead on domestic trade in rhino horn

With 7 Words, Amazon’s CEO Just Laid Out the Best Plan for Returning to Work I’ve Seen Yet

People aged between 21 and 30 most likely to be recent scam victims, says bank

You Are No Less Than Anyone; Here Are Six Ways To Boost Your Self-Confidence