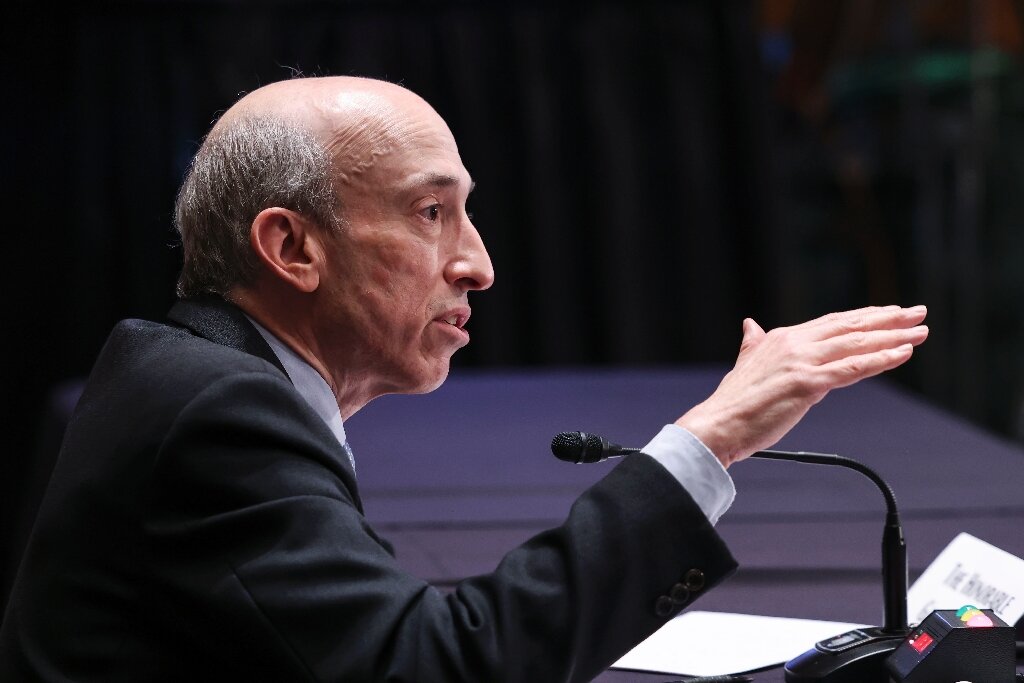 With offers of loans and interest-earning accounts, more new cryptocurrency firms are straying into the world of traditional banks, to the consternation of US financial regulators.

Government agencies have been cracking down recently, trying to regain control of the largely unregulated sector.

Digital currency exchange Coinbase in early September went public with a complaint about a threat from top US markets cop the Securities and Exchange Commission (SEC) to sue the company if it goes ahead with its lending platform.

Coinbase Lend would allow individuals to earn interest when they loan out their digital currencies, a service offered by several other crypto players for several years.

In July, prosecutors in several US states went after another platform, BlockFi, demanding it put an end to its interest-bearing accounts, which the company says can earn up to eight percent annually at a time when most traditional banks offer just 0.01 percent for savings.

“It provides many of the same services, but without the consumer protections or financial stability that back up the traditional system,” said the senator, a long-time crusader for tougher financial regulations to safeguard individuals.

These platforms fall into somewhat of a gray area. Since they are not classified as banks or lending institutions, they are outside the reach of the Federal Reserve or the Office of the Comptroller of the Currency, the main US bank regulators.

“They are offering banking products. But as a matter of US law, banking law doesn’t apply to Coinbase,” said Dan Awrey, professor of law and financial regulation at Cornell University.

However, he said securities law can apply to cryptocurrency platforms, something SEC Chair Gary Gensler agrees with.

While elected officials in Congress are only just drafting bills to deal with these firms, and central bankers are debating their role, the former Goldman Sachs investment banker is taking action.

“I think it’s more like the Wild West,” Gensler said of the industry at a Senate Banking Committee hearing on Tuesday, noting he was interested particularly in its lending features.

Antoni Trenchev, co-founder of the England-based Nexo platform, said “it’s a matter of time” before the SEC “reaches all companies operating in crypto.”

Nexo says its customers can earn up to 12 percent annually for term deposits, or borrow using their cryptocurrency holdings as collateral.

But the push from regulators is a sign “our industry is becoming mainstream” and poised for more growth, he told AFP.

Good regulation “will drastically increase people’s faith and sense of security in crypto,” which will bring in more potential customers.

“I also don’t see it as a bid to control our industry. It’s simply a means of protecting consumers which is ultimately what regulators are designed to do,” Trenchev said.

Nevertheless, there is concern that the SEC is quick to prohibit certain products. The agency has gone after many crypto sales, saying they are actually securities which must be approved.

“Unfortunately, it is not uncommon for companies to find themselves in a position where a regulator says ‘no’ without explaining the rationale behind its decision,” said Hailey Lennon, attorney at Anderson Kill and former legal officer in charge of regulatory issues at Coinbase.

“In an ideal world, the SEC would come out with standalone (rules), offering-specific guidance around token offerings, lending and yield products but that is not what we are seeing,” Lennon told AFP.

Still, the SEC’s abilities to take action are somewhat limited, as the agency is mostly concerned with transparency around risks, Cornell’s Awrey told AFP.

“We don’t care whether you win or lose, but we want to have information that enables you to make a decision,” he said of the agency’s policies.

But securities rules are not suitable for savers who would like to use these platforms like an old fashioned savings account, but which do not benefit from federal deposit insurance that covers banks.

Cryptocurrencies started as a way to operate outside the mainstream, and many platforms like Nexo are global and decentralized, meaning it would be difficult for American regulators to go it alone without international cooperation.

Still, the SEC is the one to watch, Trenchev said.

If Washington were to “pass legislation for crypto, many other jurisdictions are likely to follow suit.”

Jennifer Lopez on Authenticity and Her Biggest Motivations

ALEX BRUMMER: Covid has awakened the monetary dragon… how far are we prepared to go to slay it?

Senator Cynthia Lummis discloses a bitcoin purchase worth up to $100,000

Overcome the ‘Urgency Addiction’ to Become the Leader Your Team Needs

DR MOSLEY: The latest remedy for your hot flushes? Half a pint of beer!