Why we can’t just print more money: Storm over Bank of England book

The learning curve is steep. Only now, after more than a decade of keeping the Bank of England’s printing presses running, a new generation is starting to understand that there is no such thing as a magic money tree.

All economic actions have consequences, and the return of double digit inflation – evoking memories of the 1970s – is fast changing the political narrative.

When Rupal Patel and Jack Meaning, two Bank of England economists, came up with the idea of writing an explainer on economics for sixth formers and other interested lay people, they could have never imagined that the Bank would find itself at the centre of political crossfire. 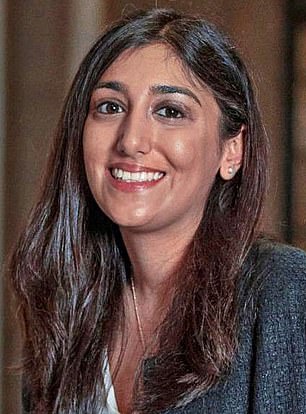 After all, for most of the period since the Bank of England gained its independence from Government in 1997, the Old Lady of Threadneedle Street has managed to stay in touch with the 2 per cent target for consumer prices set by the Government.

It is only after the twin crises of Covid-19 and Russia’s war on Ukraine that prices exploded.

Bank governor Andrew Bailey was slow off the blocks and the institution’s credibility has been sorely tested.

When I recently met with the enthusiastic authors at the Bank they recognised there was no greater need for a better understanding of the economy than at present.

‘I think it’s for everyone really,’ Patel said. ‘Anyone who is wondering, right now, why energy prices are going up.’

The very big question hanging over our conversation is why didn’t the Bank see the inflation problem coming?

Meaning, formerly an economist working for the independent National Institute of Economic and Social Research (NIESR) think-tank, explains that his previous job was private secretary to former Bank of England chief economist Andy Haldane, and his boss did sound the alarm.

Haldane, now chief executive of the Royal Society for Arts (RSA), cautioned in the spring of 2021 that the ‘inflation genie is out of the bottle’.

‘Financial crises and these big events are difficult to spot, in the same way the weatherman can’t tell you precisely at 2pm that the rain is going to come down,’ Meaning says. 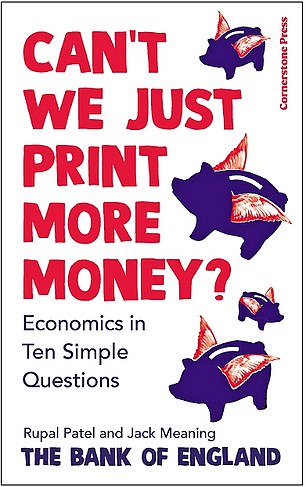 Inflation is more complex than most of us think and those can spend their whole lives studying it and still get it wrong, he argues. Which, in his view, makes it even more important that people who haven’t thought about it for five minutes need some grounding.

‘The Bank implemented quantitative easing [money printing] when the economy needed to be stimulated,’ Patel interjects.

‘In the book we go through why we can’t just go on printing money and how it can lead to inflation.

‘The current rate of inflation is caused by loads of factors out of the Bank of England’s control.

‘There is not much we can do to influence energy supply from Russia. We hope that if people start to understand a bit more about what’s happening in the economy right now, they’ll be able to understand where things can be controlled and where they can’t.’

The Bank’s whole approach to inflation trends and interest rates have made it look out of touch. Having first described soaring prices after the Covid restrictions started to lift in 2021 as ‘transitory’, it wasn’t until late in the year it embarked on a journey to slow prices down.

Since then, the interest rate-setting Monetary Policy Committee has voted through increases in rates, raising them from the super low level of 0.1 per cent to 1.25 per cent.

But while the Bank has dawdled, its American counterpart, the Federal Reserve, has been more aggressive, lifting rates by 0.75 percentage points in one go this month.

The Bank’s snail-like response has evoked implied criticism from former governor Lord King, a warning from Chancellor Rishi Sunak not to allow inflation to become embedded, and a call from the former Permanent Secretary at the Treasury Sir Nicholas Macpherson to embrace ‘sound money’.

What Patel and Meaning attempt to do is not so much explain where inflation comes from but its impact on ordinary citizens.

‘High inflation at present is essentially eroding the power of money to buy things,’ Meaning says. ‘The pound in your pocket is buying you less in the shops – everyone knows it and feels it when they go to the supermarket.’ 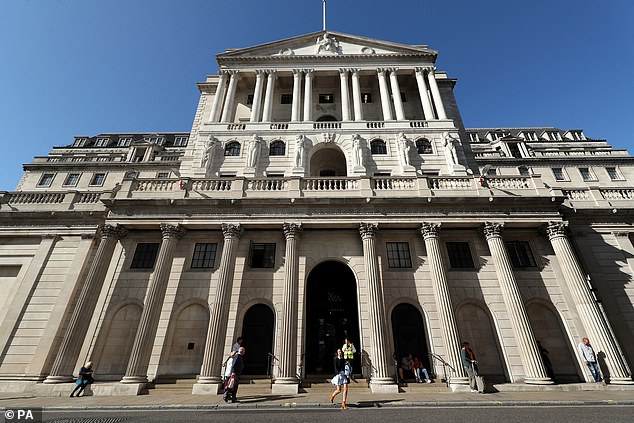 Record: For most of the period since it gained its independence in 1997, the Bank of England has managed to stay in touch with the Government’s 2% target for consumer prices

Meaning’s former employer NIESR recently found itself in the headlines when it claimed that the failure of the authorities to get a grip on inflation could cause 2m Britons to fall into ‘destitution’.

That, in Meaning’s view, is all the more reason to read their book because ‘it shows the power of economic forces’ and the ‘genuine impact on people’s quality of life’.

In his view, big events like an upsurge in the cost of living or recessions affect people in all kinds of ways – their health, well-being and, vitally, their earnings over the whole course of their lifetimes, not just the period they are living through.

Because of the time we are living through, inflation dominates our conversation. In the book the authors also seek to explain how – in spite of all the negativity at present – economic forces in the shape of inventions and technology have driven up living standards across the board.

People tend, at present, to talk about the internet and computers. But Patel points out that ‘the humble washing machine actually helped a lot of people, especially women, to have better opportunities’.

Working at the Bank at present must be tough with the critics pouncing on the apparent failure, with all its forecasting skills, to spot the inflationary threat.

But there is another aspect to all this. There is nothing like a good crisis (and Patel and Meaning say they come every ten years or so) to inspire interest in the way economies work.

In writing the book, the authors want to inspire a new generation of economists, both at school level and among older students.

When King was governor from 2003 to 2013, one of his perennial complaints was that the UK was a laggard in producing home-grown economists with PhDs and needed to import them from the rest of Europe.

If Patel and Meaning could help turn that tide, they will have performed a great public service.

To help that happen, they have pledged that all the proceeds of their book should be used to send copies to every state secondary school in the country.

That would be a brilliant outcome and could help to improve the image of an institution scarred by the return of 1970s-style price increases.

ALEX BRUMMER: Britain’s global ambitions depend on getting the world vaccinated

How Telegram Became the Anti-Facebook

Rupee slips 5 paise to 74.35 against US dollar in early trade – Times of India

Could MJ Really Hang on During Spider-Man’s Swing?